While biosim­i­lar mak­ers have long es­tab­lished them­selves in Eu­rope, on­ly a few copy­cat ver­sions of bi­o­log­ics have launched in the nascent US mar­ket, which is be­gin­ning to show signs of ma­tur­ing, but is com­pli­cat­ed by a re­im­burse­ment land­scape frac­tured by mul­ti­ple play­ers. The spot­light on drug pric­ing, how­ev­er, may at long last pro­vide the cat­a­lyst for change.

Biosim­i­lars were ap­proved in the Unit­ed States amidst much fan­fare in 2015, years af­ter their in­tro­duc­tion in Eu­rope, thanks part­ly to the tac­tics em­ployed by Big Phar­ma to ever­green the patent pro­tec­tion of their prized block­buster bi­o­log­ics in the world’s biggest mar­ket for drugs.

The few copy­cats that have launched on the US mar­ket out of the 15 that have se­cured FDA ap­proval have not so far gar­nered sig­nif­i­cant mar­ket share com­pared to their Eu­ro­pean coun­ter­parts — large­ly due to pric­ing dy­nam­ics and re­im­burse­ment hur­dles. Yet with po­lit­i­cal pres­sure reach­ing full boil on drug pric­ing in the Unit­ed States, new­er en­trants may be forced to tem­per their pric­ing strat­e­gy, which could en­tice in­sur­ance cov­er­age, and help their mak­ers chip away at the mo­nop­oly of es­tab­lished brand­ed bi­o­log­ics. 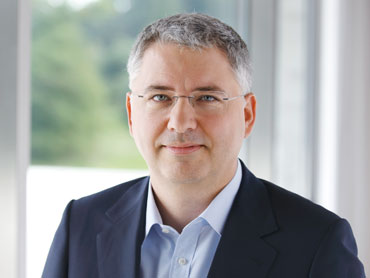 But Roche is con­vinced that marked dif­fer­ence in biosim­i­lar dy­nam­ics be­tween Eu­rope and the Unit­ed States will per­sist. Last month, as part of a quar­ter­ly earn­ings con­fer­ence call, CEO Sev­erin Schwan put on a brave face: “I would put the US in a high­ly het­ero­ge­neous sys­tem and…let’s be clear we ex­pect sig­nif­i­cant en­trant of biosim­i­lars, we don’t ex­pect the ero­sion rate to be sim­i­lar to Eu­rope at this stage even with some po­ten­tial ad­di­tion­al ac­tiv­i­ties with the ad­min­is­tra­tion in the U.S. gov­ern­ment.” 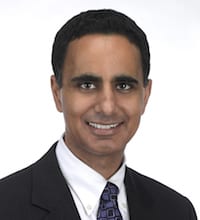 As the land­scape for biosim­i­lars evolves at a dif­fer­ent pace in Eu­rope ver­sus the Unit­ed States, there is a mixed bag of de­vel­op­ments to keep track of, not­ed Cred­it Su­isse’s Vi­mal Di­van.

As it stands, Pfiz­er and No­var­tis are best po­si­tioned to weath­er po­ten­tial biosim­i­lar threats in the com­ing years, Di­van said, not­ing that the two drug­mak­ers are al­so de­vel­op­ing their own biosim­i­lars, which could help off­set some of that risk. Un­sur­pris­ing­ly, the two com­pa­nies that have the most to lose are Ab­b­Vie and Roche.