CAR-T re­searchers have had years to study CD19 pro­tein mol­e­cules as a tar­get in their suc­cess­ful leukemia stud­ies. But a small, ex­plorato­ry study at Stan­ford un­der­scores that there’s sub­stan­tial promise in ex­pand­ing their scope to in­clude CD22, of­fer­ing a new route to fol­low for pa­tients who re­lapse — or nev­er re­spond — af­ter be­ing treat­ed with the first round of cell ther­a­pies now hit­ting the mar­ket. 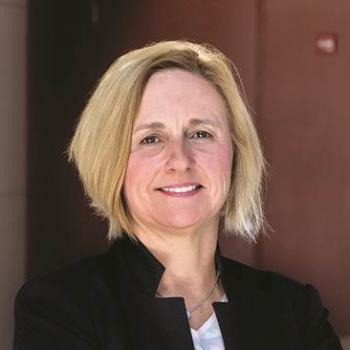 The re­search team re­cruit­ed 15 pa­tients for this tri­al who had ei­ther re­lapsed or nev­er re­spond­ed to CD19-tar­get­ed CAR-T ther­a­py, which in­volves ex­tract­ing a pop­u­la­tion of T cells from pa­tients and adapt­ing them with a chimeric anti­gen re­cep­tor so they would tar­get a pro­tein com­mon­ly found on the sur­face of leukemia cells. Ten of them had re­lapsed, with their can­cer cells no longer ex­press­ing CD19.

“The take-home mes­sage is that we’ve found an­oth­er CAR T-cell ther­a­py that dis­plays high-lev­el ac­tiv­i­ty in this Phase I tri­al,” said Stan­ford’s Crys­tal Mack­all, who led the study. “But the re­lapse rate was al­so high. So this forces the field to get even more so­phis­ti­cat­ed. How much of a tar­get is need­ed for suc­cess­ful, long-last­ing treat­ment? What hap­pens if we tar­get both CD19 and CD22 si­mul­ta­ne­ous­ly?”

Stan­ford’s team re­port­ed progress with CD22 four days af­ter in­ves­ti­ga­tors at Seat­tle Chil­dren’s launched a com­bi­na­tion CAR-T tri­al us­ing a new cell ther­a­py that could si­mul­ta­ne­ous­ly at­tack CD19 and CD22, look­ing for a more po­tent and con­sis­tent strat­e­gy for acute lym­phoblas­tic leukemia that could con­ceiv­ably cut the re­lapse rate in half, while al­so tak­ing an­oth­er step down a path to­ward us­ing CAR-T in sol­id tu­mors — one of the Holy Grails that has emerged in the field.

More tar­gets ex­ist that will work here, she says. And that’s where re­searchers will turn next.