De­clin­ing smok­ing rates, rapid di­ag­no­sis, and new­er treat­ments are thaw­ing mor­tal­i­ty rates for can­cer, which on­ly lags be­hind heart dis­ease as the biggest killer in the Unit­ed States — re­searchers sug­gest­ed in a new study on Wednes­day.

The de­cline in mor­tal­i­ty over the 26-year pe­ri­od has been large­ly steady due to long-term drops in death rates in the four most com­mon can­cer types: lung, col­orec­tal, breast, and prostate, al­though progress in re­duc­ing col­orec­tal, breast, and prostate can­cers has slowed, the re­searchers found, not­ing that this works out to more than 2.9 mil­lion deaths avoid­ed since 1991 when the mor­tal­i­ty rate was at its peak.

The study does not test this hy­poth­e­sis, the renowned re­searcher and epi­demi­ol­o­gist wrote on Twit­ter. “Epi­demi­ol­o­gy may be opaque but it is not opin­ion.” 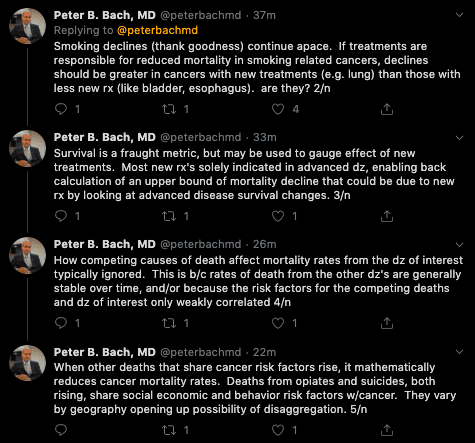 In 2016, the Unit­ed States spent near­ly twice as much as 10 high-in­come coun­tries on med­ical care and per­formed less well on many pop­u­la­tion health out­comes, da­ta shows.

And al­though the US has low­er-than-av­er­age mor­tal­i­ty rates for can­cer, it does have high­er than av­er­age rates in the oth­er caus­es of mor­tal­i­ty ver­sus coun­tries that are sim­i­lar in size and wealth (based on GDP and GDP per capi­ta), ac­cord­ing to an analy­sis con­duct­ed by The Pe­ter­son Cen­ter on Health­care and the Kaiser Fam­i­ly Foun­da­tion. 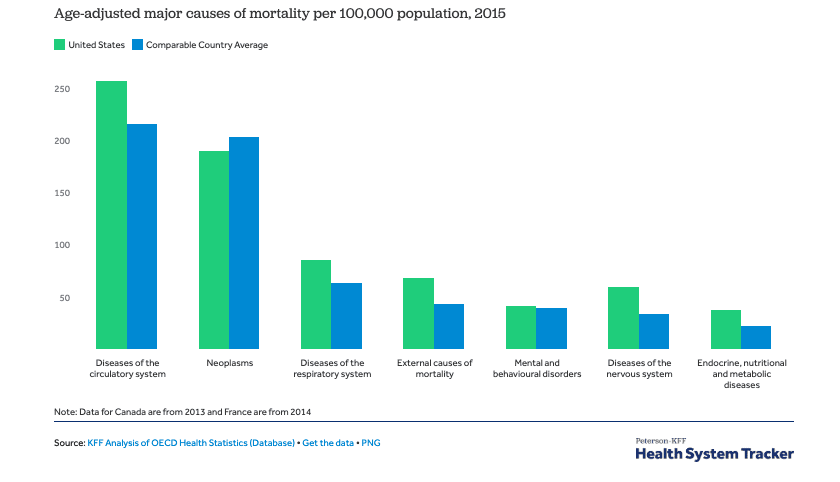 These cat­e­gories ac­count­ed for near­ly 74% of all deaths in the Unit­ed States in 2015, ac­cord­ing to the da­ta com­piled.

“My biggest con­cern, how­ev­er, is that the na­tion is so hy­per-fo­cused on can­cer (as re­flect­ed in (the) dis­pro­por­tion­ate amount of R&D in on­col­o­gy space) that it’s ig­nor­ing the alarm­ing fact that over­all life (US) ex­pectan­cy is in de­cline,” health econ­o­mist Joshua Co­hen wrote in re­sponse to Bach’s com­ments on Twit­ter.