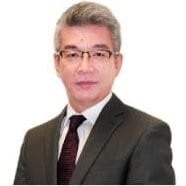 The com­pa­ny was es­tab­lished in 2017 by Wei (William) Cao — who pre­vi­ous­ly found­ed and led Cel­lu­lar Bio­med­i­cine Group $CB­MG — and was ini­tial­ly sup­port­ed by 6 Di­men­sions in a Se­ries A round soon af­ter the Suzhou-based firm’s for­ma­tion.

“Im­mune cell gene ther­a­py is ex­pect­ed to be­come a pil­lar of mod­ern med­i­cine, but the in­dus­try is still in its in­fan­cy. Chal­lenges and op­por­tu­ni­ties co­ex­ist,” Cao said in a state­ment.

Gra­cell is itch­ing to al­le­vi­ate some of these con­straints: high pro­duc­tion costs, lengthy man­u­fac­tur­ing process, a pauci­ty of off-the-shelf prod­ucts and a short du­ra­tion of ther­a­peu­tic ef­fects, with its raft of ear­ly-stage CAR-T prod­ucts. The no­tion is com­mend­able, but there is a long road ahead.

Cell ther­a­py man­u­fac­tur­ing is con­vo­lut­ed. Es­sen­tial­ly, the jour­ney be­gins with the col­lec­tion of cells from the pa­tient (with their spe­cif­ic ge­net­ic back­ground and med­ical his­to­ry) and ends with the ad­min­is­tra­tion of the ther­a­py to the same pa­tient — but in be­tween there are var­i­ous process­es that must take place be­fore these cells are turned in­to a ther­a­peu­tic, un­like a sim­ple off-the-shelf tra­di­tion­al chem­i­cal drug.

These man­u­fac­tur­ing chal­lenges are the pri­ma­ry rea­son be­hind the tepid sales of No­var­tis’ $NVS CAR-T Kym­ri­ah — in the fourth quar­ter, the drug gen­er­at­ed a pal­try $28 mil­lion. How­ev­er, the Swiss drug­mak­er is do­ing its best to shore up man­u­fac­tur­ing, hav­ing bought cell and gene ther­a­py man­u­fac­tur­er Cell­for­Cure.