The fore­cast for biotech IPOs in 2017? Not near­ly as hot as the in­dus­try would like 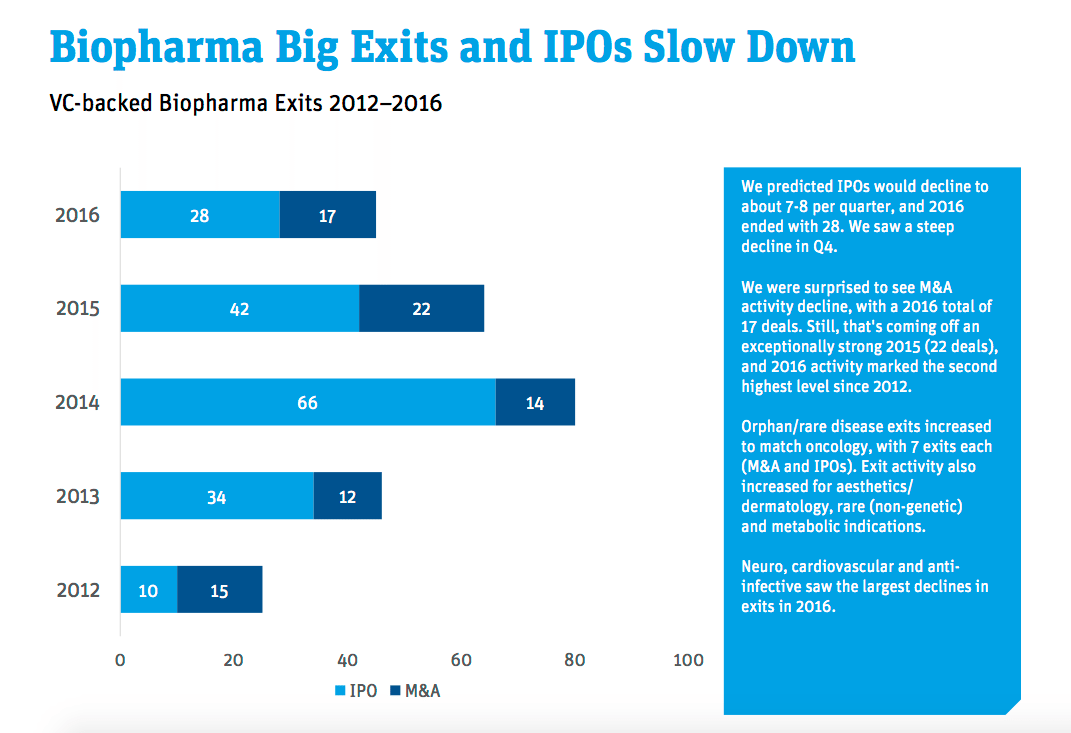 Last year on­ly 28 bio­phar­ma com­pa­nies man­aged to com­plete an IPO in the US, the worst record since the bad old days of 2012. And the smart mon­ey at Sil­i­con Val­ley Bank says you can ex­pect a re­peat, or maybe some­thing just slight­ly bet­ter, in the year ahead.

SVB called last year’s IPO num­ber in ad­vance, and with pub­lic biotechs still floun­der­ing in an un­for­giv­ing en­vi­ron­ment for risk, you’re not go­ing to get much of an ar­gu­ment from any oth­er an­a­lysts that they’re be­ing over­ly cau­tious.

For those of you mak­ing the trek to San Fran­cis­co this week for JP Mor­gan, you can ex­pect to hear plen­ty more about this top­ic. But even as the mood tends to run on the op­ti­mistic side in San Fran­cis­co, re­al­i­ty is not be­ing ig­nored.

SVB’s team, led by Jon Nor­ris, did get one thing wrong in its 2016 fore­cast. The num­ber of M&A deals in the sec­tor shrunk to 17 in 2016 — miss­ing a fore­cast for a surge that was al­so wide­ly shared among an­a­lysts. This year, says SVB, look for 18 to 22 M&A ex­its, with half re­served for ear­ly-stage com­pa­nies, where most of the in­vest­ment ac­tion is these days.

Last year we saw a big run of Se­ries A in­vest­ments, where you’ll con­tin­ue to see plen­ty of em­pha­sis this year. One caveat, though: Crossovers, which have been back­ing off as the IPO wave dwin­dled to kid­die pool size, may start shift­ing their cash to back up their com­pa­nies as they get in­to B rounds.

The fore­cast for biotech IPOs in 2017? Not near­ly as hot as the in­dus­try would like