Late Fri­day night Mod­er­na tweet­ed that their Phase III study had come close to the halfway mark in re­cruit­ing the 30,000 or so sub­jects need­ed for the piv­otal test of their Covid-19 vac­cine mR­NA-1273.

We have said we should be done in Sep­tem­ber with en­roll­ment.

Base case sce­nario is No­vem­ber read out

This is in line with what Pfiz­er and BioN­Tech ex­ecs have been say­ing about their mR­NA can­di­date. On Thurs­day night Pfiz­er put out a state­ment say­ing that they had re­cruit­ed more than 11,000 sub­jects for their piv­otal and the in­ves­ti­ga­tors were in line for a read out as ear­ly as Oc­to­ber.

The faster they re­cruit, the quick­er they can get the sec­ond shot in, and as­sess ef­fi­ca­cy. For Mod­er­na $MR­NA the sec­ond shot comes on day 29, and for Pfiz­er/BioN­Tech it’s day 21. And that leaves the lead­ing play­ers neck-and-neck.

It’s worth not­ing here that it typ­i­cal­ly takes years, not months, to get a vac­cine through de­vel­op­ment and on­to the mar­ket. Here’s our rank­ing of the 28 vac­cines in or near the clin­ic. 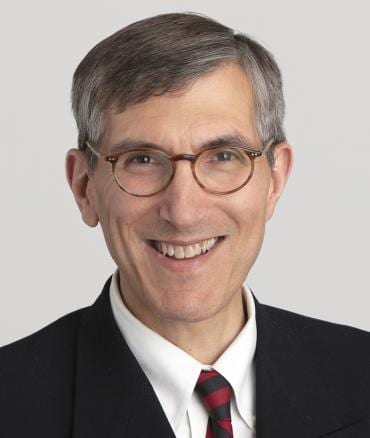 At this point just about every promi­nent gov­ern­ment of­fi­cial con­nect­ed to this has com­plete­ly re­ject­ed the idea that po­lit­i­cal in­flu­ence from the Trump White House would be al­lowed to push a pos­i­tive de­c­la­ra­tion ahead of the elec­tion. That was capped by Pe­ter Marks, the CBER chief who flat out vowed to re­sign if he saw any med­dling in the time­line.

But Pres­i­dent Trump isn’t mak­ing it easy for the FDA. On Sat­ur­day morn­ing Trump de­clared that the FDA was pur­pose­ful­ly slow­ing down re­cruit­ment for vac­cine and drug tri­als. And he sug­gest­ed the “deep state” in­side the agency could be pulling strings to trip up in­ves­ti­ga­tors, urg­ing com­mis­sion­er Stephen Hahn to speed things up in his re­marks.

The deep state, or who­ev­er, over at the FDA is mak­ing it very dif­fi­cult for drug com­pa­nies to get peo­ple in or­der to test the vac­cines and ther­a­peu­tics. Ob­vi­ous­ly, they are hop­ing to de­lay the an­swer un­til af­ter No­vem­ber 3rd. Must fo­cus on speed, and sav­ing lives! @SteveF­DA

There’s no ev­i­dence at all of any “deep state” an­ti-Trump group op­er­at­ing at the FDA.

Trump fol­lowed up with a tweet crit­i­ciz­ing the FDA — again — for yank­ing the emer­gency use au­tho­riza­tion for his fa­vorite Covid-19 drug hy­droxy, which has been wide­ly panned af­ter mul­ti­ple tri­al fail­ures. But so far, Hahn hasn’t budged on that. And any move now would in­stant­ly reignite charges of po­lit­i­cal in­flu­ence.

Trump’s tweet earned a quick re­tort from House Speak­er Nan­cy Pelosi, who called it a “dan­ger­ous at­tempt to in­ject him­self in­to the sci­en­tif­ic de­ci­sions” of the the FDA.

The FDA must ap­prove drugs or vac­cines based on their safe­ty and ef­fec­tive­ness – NOT po­lit­i­cal pres­sure from the White House.

The Biden administration on Thursday unveiled a new plan to invest more than $3 billion into speeding new antivirals to treat Covid-19.

“New antivirals that prevent serious COVID-19 illness and death, especially oral drugs that could be taken at home early in the course of disease, would be powerful tools for battling the pandemic and saving lives,” said NIAID director Anthony Fauci.

Opin­ion: CMS needs to do FDA’s job and lim­it the use of Bio­gen’s pricey new Alzheimer’s drug

Now that the FDA has approved Biogen’s expensive new Alzheimer’s drug with little clinical benefit potential, but plenty of potential to speed the bankruptcy of the government’s health care program for seniors, it’ll be up to the Centers for Medicare and Medicaid Services to limit payment for it and drive the conversation on access.

While such access decisions are normally reserved for the FDA, the agency abdicated its responsibility because of the wide label and because it’s allowing Biogen to take almost a decade to figure out if aducanumab actually works.

Opin­ion: CMS needs to do FDA’s job and lim­it the use of Bio­gen’s pricey new Alzheimer’s drug