To­day, Scan­gos says his time is up at Bio­gen, well af­ter the ap­plause pe­tered out last year and the mar­ket be­gan to grow rest­less over the CEO’s less suc­cess­ful sec­ond act in a bear­ish mar­ket. In the next few months, he’ll step aside, once his suc­ces­sor can be found to helm the in­flu­en­tial Big Biotech, an in­sti­tu­tion­al land­mark in­side the Boston/Cam­bridge hub.

In some ways, he’s leav­ing Bio­gen $BI­IB in the same shape he found it, ei­ther the tar­get of a po­ten­tial buy­out or in need of a sub­stan­tial ac­qui­si­tion or some oth­er pipeline move that can re­gen­er­ate ex­cite­ment in the com­pa­ny’s fu­ture. As Scan­gos isn’t stick­ing around to ex­e­cute an an­tic­i­pat­ed deal, you can ex­pect to hear plen­ty of spec­u­la­tion that it’s more like­ly that Bio­gen could be bought. This next CEO will step in dur­ing a tur­bu­lent, un­cer­tain phase in the com­pa­ny’s long his­to­ry. 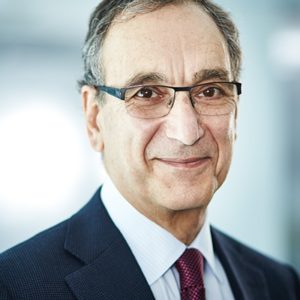 Scan­gos leaves be­hind a pipeline that has huge po­ten­tial, but plen­ty of lin­ger­ing doubts. In a swing-for-the-fences strat­e­gy, Bio­gen tack­led Alzheimer’s, per­haps the sin­gle biggest frus­tra­tion in R&D, with a new drug called ad­u­canum­ab. That drug is now in a late-stage study af­ter scor­ing some mixed ear­ly re­sults. (In Alzheimer’s R&D, which has known lit­tle but de­feat over the past decade, mixed ear­ly re­sults for a drug that tar­gets amy­loid be­ta is con­sid­ered quite an achieve­ment.)

Scan­gos him­self re­mains an out­sized fig­ure in biotech. He has a long re­sume in drug de­vel­op­ment and will like­ly re­main an in­flu­en­tial—though low­er pro­file—play­er long af­ter his suc­ces­sor has been named. In biotech, re­tire­ment is usu­al­ly the step you take be­fore start­ing your third act.

He hint­ed at that third act in a state­ment:

“This is the right time for a new leader to take the reins and lead Bio­gen through its next stage of de­vel­op­ment, and I look for­ward to re­turn­ing to the West Coast to take on one more set of ac­tiv­i­ties and spend more time with my fam­i­ly.”

That’s the ideal scenario Biogen was looking for as disappointed analysts wondered aloud about the delayed application.

The big biotech also notes that the “FDA has stated that, if possible, it plans to act early on this application under an expedited review.”