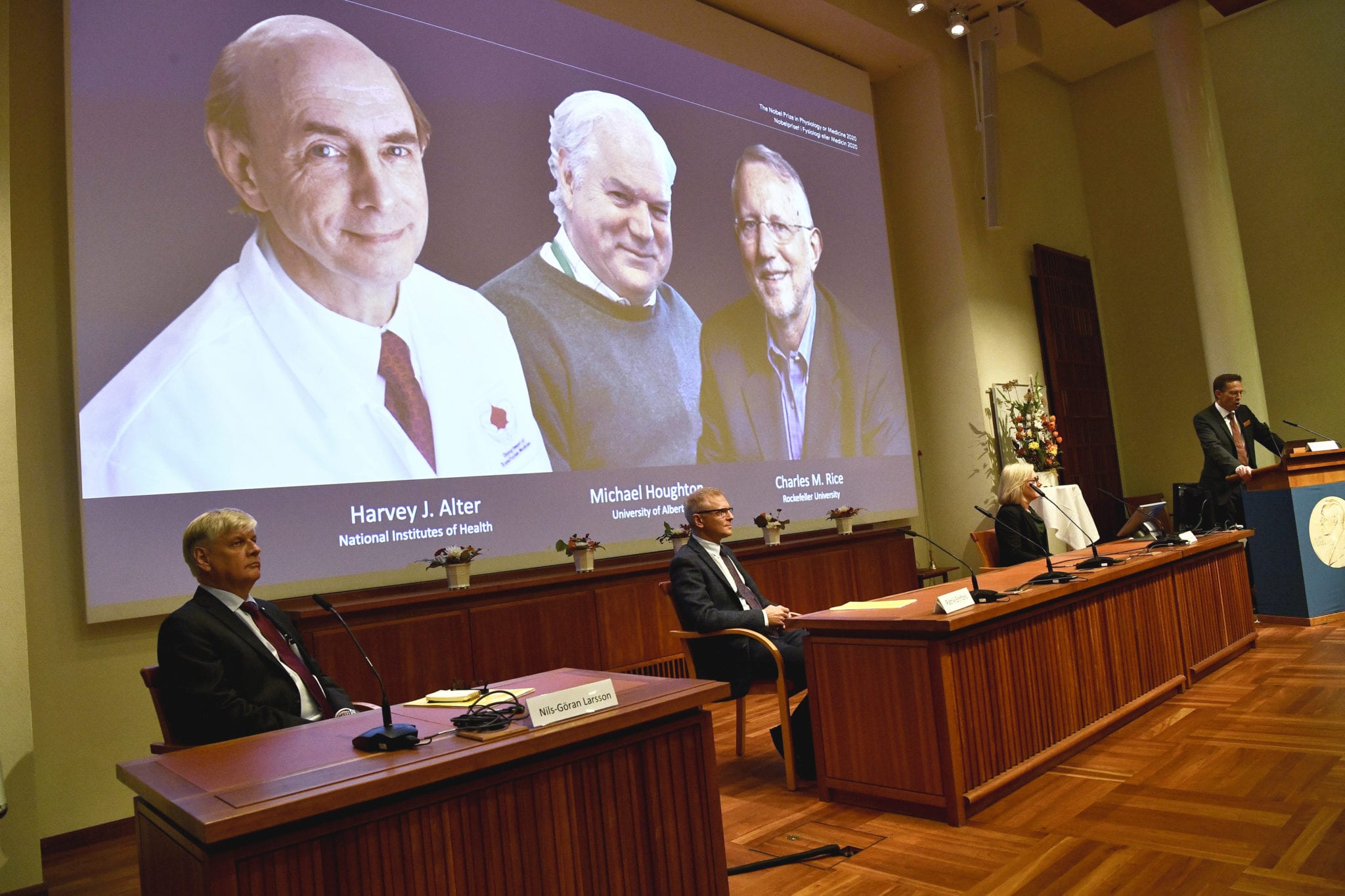 Mon­day marks the start of No­bel Prize week, and the Swedish com­mit­tee kicked things off by hand­ing out the first award to three vi­rol­o­gists.

Har­vey Al­ter, Michael Houghton and Charles Rice have joint­ly won the No­bel Prize in Phys­i­ol­o­gy or Med­i­cine for their work on the dis­cov­ery of the he­pati­tis C virus. Their re­search pro­vid­ed the foun­da­tion for test­ing and an­tivi­rals that can help those in­fect­ed re­ceive treat­ment, as well as a po­ten­tial vac­cine for the liv­er dis­ease.

“For the first time in his­to­ry, the dis­ease can now be cured, rais­ing hopes of erad­i­cat­ing He­pati­tis C virus from the world pop­u­la­tion,” the No­bel com­mit­tee said in a state­ment.

Al­ter, the el­der states­man of the group, be­gan his work in the he­pati­tis field back in the 1960s and 1970s, around the time when the he­pati­tis B virus was first dis­cov­ered. Work­ing at the NIH, he had been study­ing the oc­cur­rence of the dis­ease in pa­tients who had re­ceived blood trans­fu­sions when he no­ticed that not all of the cas­es could be ex­plained by the new­ly iden­ti­fied virus.

Near­ly a decade lat­er, Houghton and his co-work­ers at the phar­ma­ceu­ti­cal com­pa­ny Ch­i­ron iso­lat­ed the ge­net­ic se­quence of the virus through ex­per­i­ments with chim­panzees. By study­ing the blood of the in­fect­ed an­i­mals, Houghton was able to pre­dict which of the DNA frag­ments with­in the genome came from the chim­panzee and which came from the virus.

Al­ter con­tin­ues to work at the NIH as the chief of in­fec­tious dis­ease at its Clin­i­cal Cen­ter. Houghton, the on­ly non-Amer­i­can in the group be­ing from the UK, is cur­rent­ly a pro­fes­sor at the Uni­ver­si­ty of Al­ber­ta in Cana­da. Rice now works at Rock­e­feller Uni­ver­si­ty in New York.

The No­bel Com­mit­tee drew a par­al­lel be­tween the work in he­pati­tis C and re­search be­ing cur­rent­ly un­der­tak­en to try to iden­ti­fy and cure the coro­n­avirus at the cen­ter of the Covid-19 pan­dem­ic, per an As­so­ci­at­ed Press re­port. Com­mit­tee mem­ber Pa­trik Ern­fors called the dis­cov­ery of a virus a “crit­i­cal mo­ment.”

“The first thing you need to do is to iden­ti­fy the caus­ing virus,” he told re­porters. “And once that has been done, that is in it­self the start­ing point for de­vel­op­ment of drugs to treat the dis­ease and al­so to de­vel­op vac­cines against the dis­or­der.”

Ac­cord­ing to num­bers from the WHO, there are over 70 mil­lion cas­es of he­pati­tis C around the world with ap­prox­i­mate­ly 400,000 deaths per year. 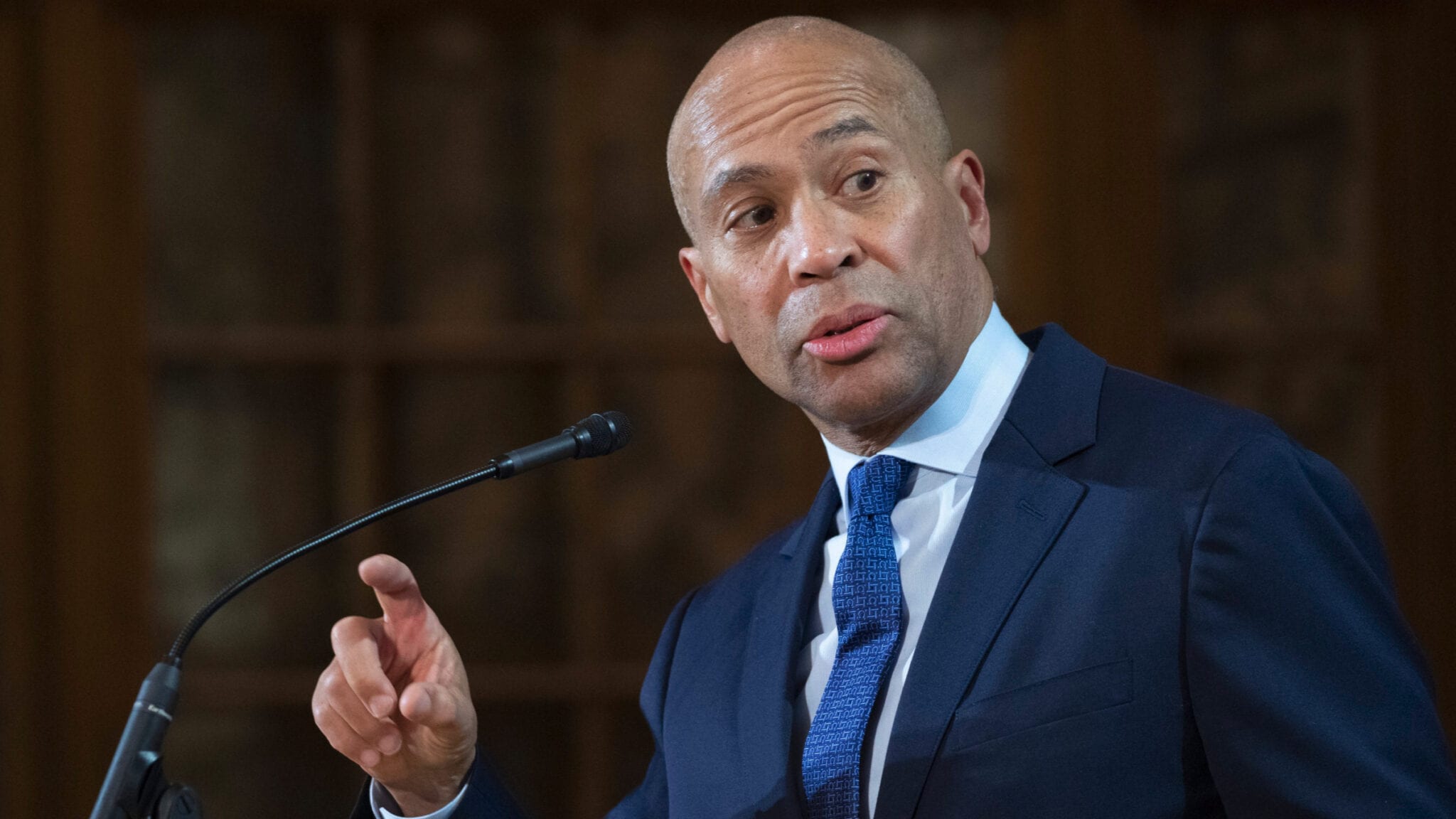