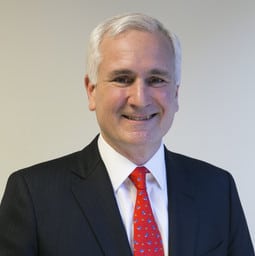 Al­though the Phase III tri­al crashed and burned, the com­pa­ny still has hopes for a re­con­fig­ured piv­otal study, point­ing to da­ta at 4 weeks that showed some ear­ly promise.

Now, it looks like Tonix will try to re­design its tri­al with new goal­posts. The com­pa­ny’s pres­i­dent and CEO Seth Le­d­er­man said they were “en­cour­aged by clin­i­cal im­prove­ment at week 4,” and will use da­ta from this failed study to de­sign the next piv­otal study.

“We plan to meet with the FDA as soon as pos­si­ble to dis­cuss the HON­OR re­sults and our pro­pos­al to con­duct the pri­ma­ry analy­sis at the week-4 time point in the next piv­otal study,” Le­d­er­man said.

He al­so blamed the com­pa­ny’s fail­ure on the dif­fi­cul­ties of their cho­sen in­di­ca­tion. “These re­sults un­der­score the chal­lenges in de­sign­ing and con­duct­ing well-con­trolled clin­i­cal stud­ies in PTSD, es­pe­cial­ly mil­i­tary-re­lat­ed PTSD,” he said.

Ton­mya, al­so known as TNX-102 SL, had re­ceived break­through ther­a­py des­ig­na­tion from the FDA for its ap­pli­ca­tions in PTSD. And just this month, the agency al­so hand­ed over fast track sta­tus for the drug in a dif­fer­ent in­di­ca­tion: ag­i­ta­tion in Alzheimer’s.