Less than a year af­ter the ac­tivist in­vestors at ven­Bio crashed a $2 bil­lion col­lab­o­ra­tion deal with Seat­tle Ge­net­ics on the lead drug at Im­munomedics $IM­MU, the new crew in charge has wooed the top I/O re­search ex­ec at As­traZeneca to take a lead­ing de­vel­op­ment role as chief med­ical of­fi­cer and R&D chief. 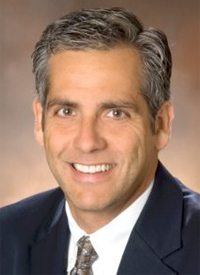 Robert Ian­none played a top role in the de­vel­op­ment of Imfinzi (dur­val­um­ab), the PD-L1 check­point star at As­traZeneca/Med­Im­mune. Now he’s jump­ing in­to biotech, tak­ing the lead­ing re­search role at a com­pa­ny with a mar­ket cap of $2.4 bil­lion.

Ian­none has his work cut out. Im­munomedics now plans to file its BLA at the end of May, a cou­ple of months lat­er than the new crew had in­tend­ed. The biotech re­cent­ly land­ed a $250 mil­lion fi­nanc­ing deal with Roy­al­ty Phar­ma to pay for the next round of work, hop­ing to clear a mar­ket­ing ap­proval and ad­vance through a late-stage study. Roy­al­ty nabbed a roy­al­ty stream on the lead drug for $175 mil­lion and al­so in­vest­ed $75 mil­lion in the stock last Jan­u­ary.

Ian­none won’t be stray­ing far from his work on check­points.