Close to six years ago, then Am­gen R&D chief Roger Perl­mut­ter told me he had been “car­ry­ing a torch for (CSO) Patrick Baeuer­le at Mi­cromet for a long time.” That ad­mi­ra­tion ex­plains why Perl­mut­ter was will­ing to pay more than a bil­lion dol­lars to buy Mi­cromet — where Baeuer­le was R&D chief — which even­tu­al­ly de­liv­ered the pi­o­neer­ing Blin­cy­to to the mar­ket.

Af­ter a stint at Am­gen, biotech be­ing the kind of project-fo­cused in­dus­try it’s be­come, Baeuer­le be­came a VC at MPM and a start­up mae­stro. And to­day he’s hav­ing a com­ing out par­ty for Cul­li­nan On­col­o­gy, an in­tense­ly project-ori­ent­ed biotech bankrolled with $150 mil­lion to set up a port­fo­lio of can­cer drugs to de­vel­op. 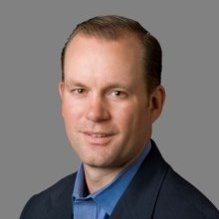 Hugh­es knows a thing or two about rais­ing mon­ey. He jumped to this new ven­ture from the biotech uni­corn Intar­cia, where he was un­til re­cent­ly head of cor­po­rate de­vel­op­ment dur­ing a stretch in which the com­pa­ny raised $1.8 bil­lion. That gave him time to re­fine a “the­o­ry of mod­ern port­fo­lio the­o­ry rel­a­tive to any sci­en­tif­ic plat­form.”

Cul­li­nan’s strat­e­gy is to gath­er to­geth­er large­ly ear­ly-stage can­cer drug as­sets — ei­ther from Baeuer­le’s mind or oth­er sources, such as acad­e­mia or plat­form com­pa­nies — and build up a set of 8 to 10 pro­grams that will be held un­der the um­brel­la group. The team will be charged with the re­search work, de­vel­op­ing these drugs through proof-of-con­cept or in­to Phase II, at which time they can start do­ing some deals and gen­er­at­ing re­turns for the lim­it­ed part­ners.

There are no wet labs at the Cam­bridge, MA-based biotech. Much of the de­vel­op­ment work is be­ing out­sourced. Costs con­tained. Re­turns max­i­mized and risk dis­trib­uted.

“We’ve looked at every biotech com­pa­ny in the last 15 years,” he adds. “There’s a huge chasm (un­der the Gilead lev­el) be­tween the haves and have nots.” Mar­gins are typ­i­cal­ly low, he says, with com­pa­nies in­vest­ing back in­to R&D.

He and Baeuer­le have some well known tal­ent in their cor­ner. 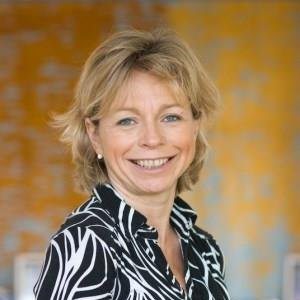 And Hugh­es plans to re­cruit one per­son to run each of the in-house pro­grams.

Cul­li­nan al­ready has three pro­grams, two from Baeuer­le and one from acad­e­mia, which he isn’t quite ready to dis­cuss in any de­tail. Each of these drugs they take on could cost $25 mil­lion to $30 mil­lion to get ready for the next deal.