Tiny Treve­na may have a new lease on life for its con­tro­ver­sial opi­oid painkiller — re­ject­ed by the FDA last No­vem­ber cit­ing the dearth of drug safe­ty da­ta — fol­low­ing a scathing in­ter­nal staff cri­tique and lop­sided ex­pert pan­el re­view.

The com­pa­ny’s shares $TRVN swelled near­ly 120% on Mon­day af­ter Treve­na said the agency had agreed that the drug’s ex­ist­ing safe­ty data­base would suf­fice for a par­tic­u­lar dose of the drug — help­ing forge a path for­ward for the biotech to re­sub­mit its mar­ket­ing ap­pli­ca­tion. 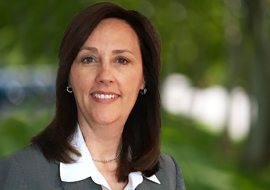 On Mon­day, Treve­na said its cur­rent safe­ty da­ta would sup­port la­bel­ing at a max­i­mum dai­ly dose of 27 mg, and that the FDA had agreed that the com­pa­ny con­duct a study (in­clud­ing place­bo- and pos­i­tive-con­trol arms) in healthy vol­un­teers to amass the re­quest­ed QT in­ter­val da­ta.

CEO Car­rie Bour­dow said she was “en­cour­aged by the pro­duc­tive dis­cus­sion” with the FDA in a state­ment. 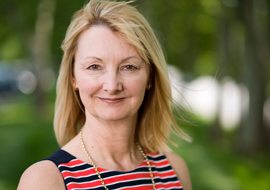 Back in 2016, un­der the be­hest of CEO Max­ine Gowen, Treve­na had sug­gest­ed an end-of-Phase II meet­ing with the FDA had cul­mi­nat­ed in a gen­er­al agree­ment about the Phase III de­sign for oliceri­dine, and that Gowen was “very pleased” with the dis­cus­sion. But it was on­ly last year that it was re­vealed that the FDA had in fact in­di­cat­ed oth­er­wise — the agency had dis­agreed with pro­posed dos­ing and the pri­ma­ry end­point in the late-stage pro­gram. This rev­e­la­tion prompt­ed at­tor­neys at Bern­stein Lieb­hard to ac­cuse Treve­na ex­ecs, par­tic­u­lar­ly for­mer CEO Max­ine Gowen, of mis­lead­ing in­vestors for rough­ly two years.

FDA pol­i­cy dic­tates it must not re­lease any in­for­ma­tion re­lat­ed to dis­cus­sions with drug spon­sors un­til a drug is up for re­view. Com­mis­sion­er Scott Got­tlieb had ini­tial­ly made promis­es to arm the agency to re­veal more in­for­ma­tion, for in­stance the reg­u­la­tor’s rea­son­ing be­hind is­sued CRLs, but that has not come to fruition.