Pres­i­dent Don­ald Trump is stick­ing with a con­tro­ver­sial plan to try and carve bil­lions out of the bud­gets for the NIH and the FDA, look­ing to slash re­search spend­ing and force bio­phar­ma com­pa­nies to cough up more cash for drug re­views.

But his pro­pos­als are al­ready deep in hot wa­ter — and that’s be­fore you start count­ing De­mo­c­ra­t­ic votes. A num­ber of Re­pub­li­can law­mak­ers have reg­is­tered their op­po­si­tion to these kinds of cuts to the NIH and FDA, in­clud­ing some of the par­ty’s most pow­er­ful fig­ures.

The fresh con­tro­ver­sy over the pro­pos­al got start­ed with a glitch on Mon­day af­ter­noon when the Trump ad­min­is­tra­tion pre­ma­ture­ly post­ed the bud­get pro­pos­al for HHS on­line, then tried to take it down. The Wash­ing­ton Post grabbed it, though, and you can see it here.

Al­to­geth­er, Trump wants to carve $5.8 bil­lion out of the NIH, with a bil­lion dol­lars be­ing cut from the Na­tion­al Can­cer In­sti­tute, $838 mil­lion from NI­AID and more.

The ad­min­is­tra­tion wants to chop close to a bil­lion dol­lars out of the FDA’s bud­get and pay for that by get­ting bio­phar­ma and de­vice com­pa­nies to cov­er more of the cost of prod­uct re­views through high­er user fees.

Re­pu­bi­can Sen­a­tor Lamar Alexan­der has al­ready told HHS Sec­re­tary Tom Price that the user fee is­sue is a non­starter for the 2018 bud­get, not­ing that law­mak­ers spent two years ne­go­ti­at­ing with the in­dus­try.

“It is way too late to have an im­pact on this year’s agree­ments, which have been ne­go­ti­at­ed over the last two years,” he wrote to Price, ac­cord­ing to a piece in the Wall Street Jour­nal. He added that the Sen­ate’s health com­mit­tee al­ready over­whelm­ing­ly backed the agreed on user fees.

The ad­min­is­tra­tion will face sim­i­lar kick­backs over the NIH at­tack. This de­bate over cut­ting non­mil­i­tary spend­ing to pay for Trump’s pre­ferred ef­forts has a long way to go, but the pres­i­dent will need to find a way to at­tract far more sup­port from his own par­ty if he ex­pects to get the new HHS bud­get in place in line with what he’s propos­ing. 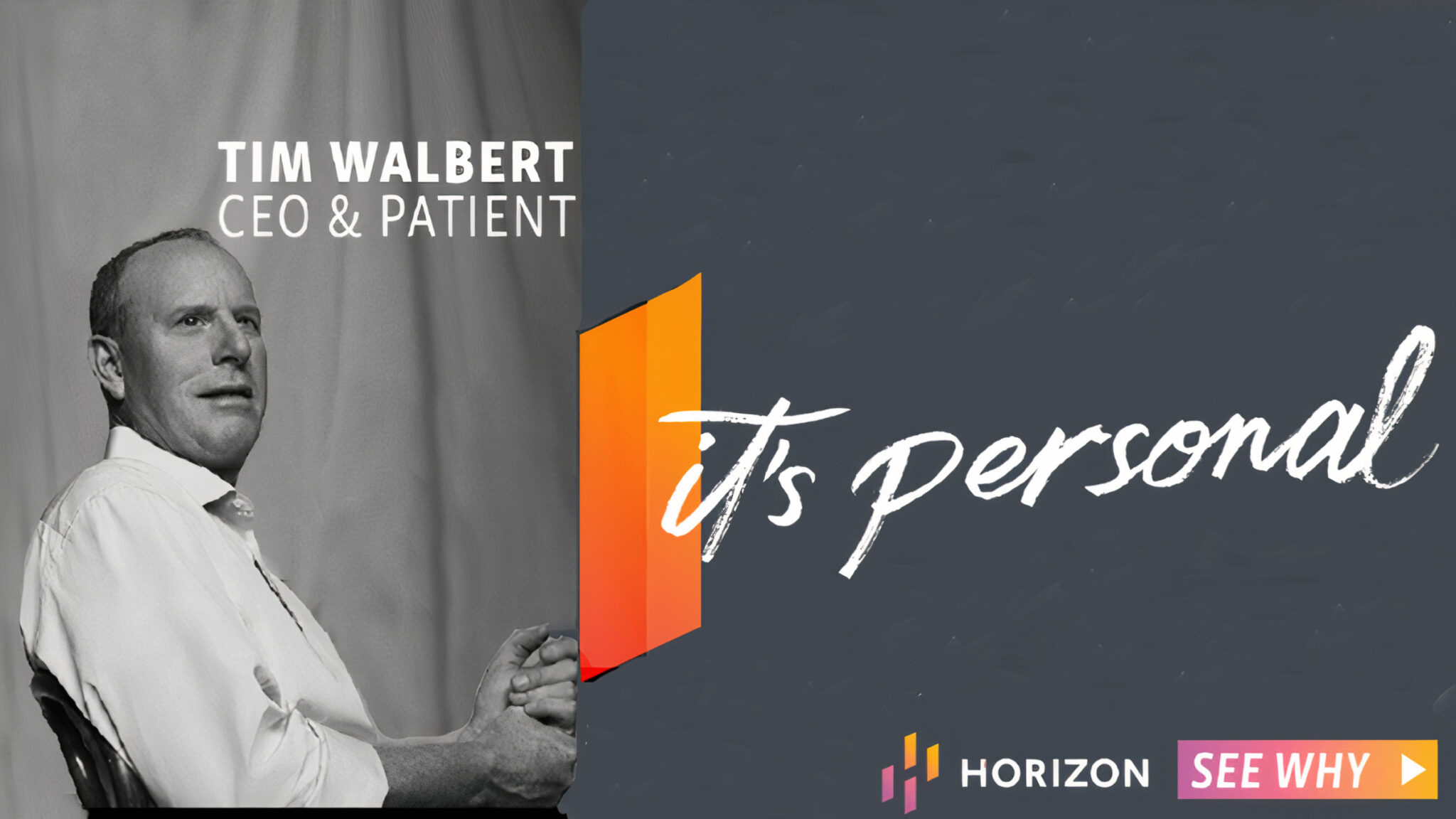 Horizon Therapeutics CEO Tim Walbert runs a rare disease company, but he’s also a patient. While his condition hasn’t been a secret, Walbert is stepping out for the first time as the face of rare disease in Horizon’s new corporate campaign called “It’s Personal.”

Or rather, as one of the faces of rare disease — other Horizon employees will also share their stories as patients and caregivers as part of the effort.

Walbert is familiar with the typical long path of rare disease patients. He was first diagnosed as a junior in college with an autoimmune disease similar to rheumatoid arthritis, but he spent another 10 years before receiving a second rare disease diagnosis. More recently, he unfortunately added the role of caregiver to a child with a rare disease when his 13-year-old son was diagnosed last year with two autoimmune conditions.

Walbert joined Horizon as CEO in 2008 after working at Abbott — now AbbVie — in immunology on the launch of anti-inflammatory biologic Humira. Before that he worked at Searle, now part of Pfizer, on pain med Celebrex. The then-fledging Horizon had only a handful of employees and no office space, literally working from Walbert’s living room.

Lately though, Horizon’s been on a tear. Despite a pair of major setbacks with the pandemic closing infusion centers just weeks after its key Tepezza thyroid eye disease approval and then later when Catalent cancelled Tepezza manufacturing slots to prioritize Covid-19 vaccine production, the company reported $820 million in Tepezza sales in 2020. That accounted for about 40% of the pharma’s record $2.2 billion in 2020 sales, blasting past $1.3 billion in 2019 sales.

While “It’s Personal” is Horizon’s first corporate branding effort, the growing pharma company has long relied on direct-to-consumer advertising as a key part of its commercialization strategy. It’s also invested heavily in unbranded awareness campaigns including RareIs which began as a social media awareness campaign that’s evolved into a rare disease resource and support community platform.

How did the new “It’s Personal” campaign come about? Can you talk about your personal connection and why you wanted to do it?