The top ca­reer staff at the FDA has vowed not to let pol­i­tics over­rule sci­ence when look­ing at vac­cine da­ta this fall. But Alex Azar, who hap­pens to be their boss’s boss, ap­par­ent­ly won’t even give them a chance to stand in the way.

In a new mem­o­ran­dum is­sued Tues­day last week, the HHS chief stripped the FDA and oth­er health agen­cies un­der his purview of their rule mak­ing abil­i­ty, as­sert­ing all such pow­er “is re­served to the Sec­re­tary.” Sheila Ka­plan of the New York Times first ob­tained and re­port­ed the de­tails of the Sep­tem­ber 15 bul­letin.

Azar’s sig­na­ture is now re­quired on all new rule­mak­ing, which are typ­i­cal­ly signed by agency lawyers and bu­reau­crats.

It’s not im­me­di­ate­ly clear what the im­pact on this or­der will have on the agency’s day-to-day op­er­a­tions — es­pe­cial­ly on rou­tine mat­ters where it has long en­joyed po­lit­i­cal in­de­pen­dence. An agency of­fi­cial not au­tho­rized to speak with the me­dia told the Times they’re still “de­ci­pher­ing what Mr. Azar’s memo would mean for their work.”

The move comes just days af­ter a group of high-pro­file FDA ca­reer ser­vants — in­clud­ing Pe­ter Marks, Jeff Shuren, and Janet Wood­cock — wrote in a USA To­day op-ed that “we will work with agency lead­er­ship to main­tain FDA’s stead­fast com­mit­ment to en­sur­ing our de­ci­sions will con­tin­ue to be guid­ed by the best sci­ence.”

By tak­ing au­thor­i­ty that was once the clear do­main of pro­fes­sion­al staff, the new memo is in line with the cen­tral­iza­tion of pow­er across the fed­er­al gov­ern­ment in the hands of Trump loy­al­ists. And crit­ics note that it blazes a path where the FDA could be side-stepped for an emer­gency use au­tho­riza­tion on an ear­ly coro­n­avirus vac­cine. Er­ic Topol, di­rec­tor at the Scripps Re­search In­sti­tute, spelled out on Twit­ter a po­ten­tial sce­nario with Pfiz­er’s can­di­date:

10. What if the FDA says NO, the da­ta from 32 in­fec­tions is­n't enough? Clear­ly at that junc­ture there would be very lim­it­ed da­ta for the vac­cine's safe­ty.
The HHS can over­ride that an is­sue the vac­cine ap­proval.
And we've al­ready seen @HHS­gov do that with FDA LDTs weeks ago. 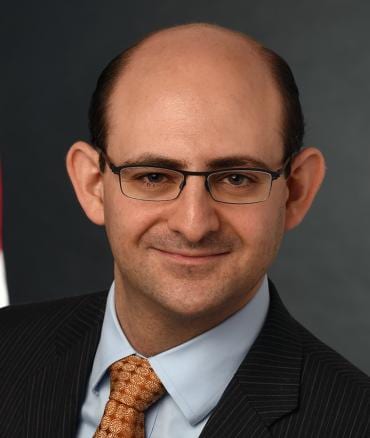 The pow­er grab by Azar has ev­i­dent­ly dri­ven at least one es­tab­lished ca­reer ser­vant to the ex­its. On Thurs­day, Politi­co re­port­ed that the FDA’s prin­ci­pal as­so­ciate com­mis­sion­er for pol­i­cy, Low­ell Schiller, left the agency last week. Schiller, a Scott Got­tlieb hire, signed near­ly every FDA no­tice on the fed­er­al reg­is­ter and played a cen­tral role in writ­ing the FDA’s Covid-19 guid­ance. (Up­date: Politi­co now re­ports the de­par­ture was un­re­lat­ed to the memo.)

Af­ter the Times pub­lished its sto­ry, an HHS spokesper­son took to Twit­ter to again re­fute any sug­ges­tion that the FDA’s work would be slowed down but did not ad­dress con­cerns that the new memo could be used to over­rule de­ci­sions by FDA staff. “The memo ma­ligned in this sto­ry is a good gov­er­nance, house­keep­ing ac­tion, which will not slow down the im­por­tant work of the FDA or any HHS di­vi­sion,” the tweet said. Lat­er on Sun­day, the agency put out a FAQ-style re­sponse to news sto­ries on the memo but did not pro­vide the memo’s ac­tu­al text. 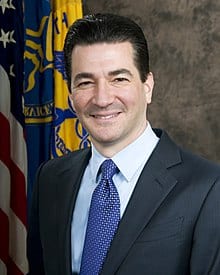 Scott Got­tlieb, a con­ser­v­a­tive who won wide praise across the po­lit­i­cal spec­trum for his tenure as Trump’s first FDA com­mis­sion­er, fought the en­croach­ment on the agency’s rule­mak­ing abil­i­ty through­out his en­tire tenure. He used the pow­ers as a cud­gel against to­bac­co and va­p­ing in­dus­tries, and ac­cord­ing to the Times re­port, even signed one of the last or­ders on it, hop­ing that his sig­na­ture, rather than a low­er-rank­ing staffer’s, would give his mea­sure stay­ing pow­er on the books.

Azar, who has now as­sert­ed him­self as the ul­ti­mate rule mak­er at the FDA, is Trump’s sec­ond HHS sec­re­tary, tak­ing of­fice in 2018. He was named pres­i­dent of the US di­vi­sion of Eli Lil­ly in 2012 and served on BIO’s board. He de­part­ed Lil­ly in 2017 when CEO David Ricks re­vamped the org chart.

Both failures will raise the stakes even higher on aducanumab, the Alzheimer’s drug that Biogen is betting the ranch on, determined to pursue an FDA OK despite significant skepticism they can make it with mixed results and a reliance on post hoc data mining.

AstraZeneca’s Covid-19 vaccine trial could resume in the US later this week, according to a Reuters report.

Experimental dosing of the candidate came screeching to a halt in September, when a participant in the UK suffered what’s believed to be the spinal inflammatory condition transverse myelitis. Trials have already resumed in the UK, Brazil, India, Japan and South Africa — and four anonymous sources told Reuters that a green light from the US could come as early as this week.