Long a qui­et play­er in the R&D game, UCB made a splash last fall when they an­nounced that their ex­per­i­men­tal pso­ri­a­sis drug bimek­izum­ab had de­feat­ed J&J’s block­buster Ste­lara in a Phase III tri­al. It was the first of three Phase II­Is meant to launch the can­di­date in­to a crowd­ed mar­ket dom­i­nat­ed by some of the in­dus­try’s biggest drug­mak­ers. The sec­ond an­nounce­ment came two months lat­er with a win over Ab­b­Vie’s Hu­mi­ra.

Now UCB has re­leased the last of those tri­als: a win over No­var­tis’s Cosen­tyx. The drug­mak­er didn’t dis­close the de­tails but said that bimek­izum­ab has proven su­pe­ri­or to the No­var­tis an­ti­body in get­ting pa­tients to full skin clear­ance with­in 16 weeks. It al­so met all sec­ondary end­points. 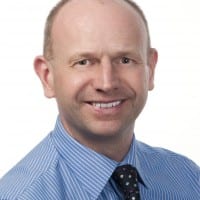 The re­sults will boost UCB’s prospects when it heads to reg­u­la­tors, and, ul­ti­mate­ly, with pay­ers and doc­tors if it hits the mar­ket.

The da­ta don’t, how­ev­er, seal a place atop the mar­ket, which is crowd­ed with oth­er new drugs. UCB may have beat­en out Cosen­tyx and Ab­b­Vie’s Hu­mi­ra, but Ab­b­Vie has a new drug, Skyrizi, and that al­so beat out Cosen­tyx in a re­cent Phase III tri­al. J&J has a new drug, called Trem­fya, and Eli Lil­ly won ap­proval last year for Taltz, an­oth­er IL-17 an­ti­body.

UCB has not said when they plan to file an NDA.

When Infinity put up duvelisib for a no-money-down instant deal, the biotech was looking for a quick exit from a clinical disaster. AbbVie had walked away from their alliance after looking at how the data stacked up in a crowded field.

And while it was approvable, it wasn’t looking pretty to anyone who thought in commercial terms.

One Big Pharma’s trash, though, was seen as a biotech treasure as a deeply troubled Verastem stepped up to grab the PI3K-delta/gamma — promising to run it across the goal lines at the FDA. And they did just that, only with little to show for it.

In a report of quarterly earnings, the biotech divulged that the FDA is considering delaying omaveloxolone’s NDA pending completion of a second trial. That could push back approval by at least a year given that the target population, individuals with Friedreich’s ataxia, is limited and progression of the hard-to-treat illness is notoriously slow. The Covid-19 pandemic would also hinder Reata’s ability to complete an additional trial.