New da­ta from HHS show that more than 162,000 cours­es of Pfiz­er’s Covid-19 an­tivi­ral Paxlovid were ad­min­is­tered across the US over the past week, con­tin­u­ing a streak of in­creased us­age of the pill, and sig­nal­ing not on­ly ris­ing case num­bers but more aware­ness of how to ac­cess it.

A Pfiz­er spokesper­son told End­points News the com­pa­ny does “not have any con­cerns nor fore­see any sup­ply is­sues in our abil­i­ty to sup­port if [us­age] rates in­crease.”

Mean­while, out­side of Paxlovid, few oth­er treat­ment op­tions are re­al­ly in wide use.

Mer­ck’s mol­nupi­ravir, known com­mer­cial­ly as Lagevrio, has strug­gled to make its way out of the in­ven­to­ry clos­et, ac­cord­ing to the lat­est num­bers post­ed by HHS.

On­ly about 20,000 cours­es of the Mer­ck pill were used in the past week, and on­ly about 13% of the to­tal US in­ven­to­ry of mol­nupi­ravir has been used to date. That com­pares with about 35% of over­all us­age of Paxlovid cours­es or­dered by states so far, and the bulk of those or­ders have come with­in the last sev­er­al months.

But for As­traZeneca’s pre­ex­po­sure mAb Evusheld, on­ly about 16,000 cours­es were ad­min­is­tered in the past week. About 38% of all Evusheld or­dered by states has been ad­min­is­tered so far, ac­cord­ing to the lat­est HHS num­bers.

Mean­while, HHS has be­come less and less trans­par­ent with its da­ta and in­for­ma­tion on its dis­tri­b­u­tion of Covid-19 ther­a­peu­tics.

Af­ter the Trump ad­min­is­tra­tion, and the be­gin­ning of the Biden ad­min­is­tra­tion al­lowed for the pub­lic post­ing of week­ly calls be­tween HHS and states on Covid-19 ther­a­peu­tic dis­tri­b­u­tion, those calls have since been made pri­vate and the pri­or record­ings have been delet­ed from the AS­PR web­site. 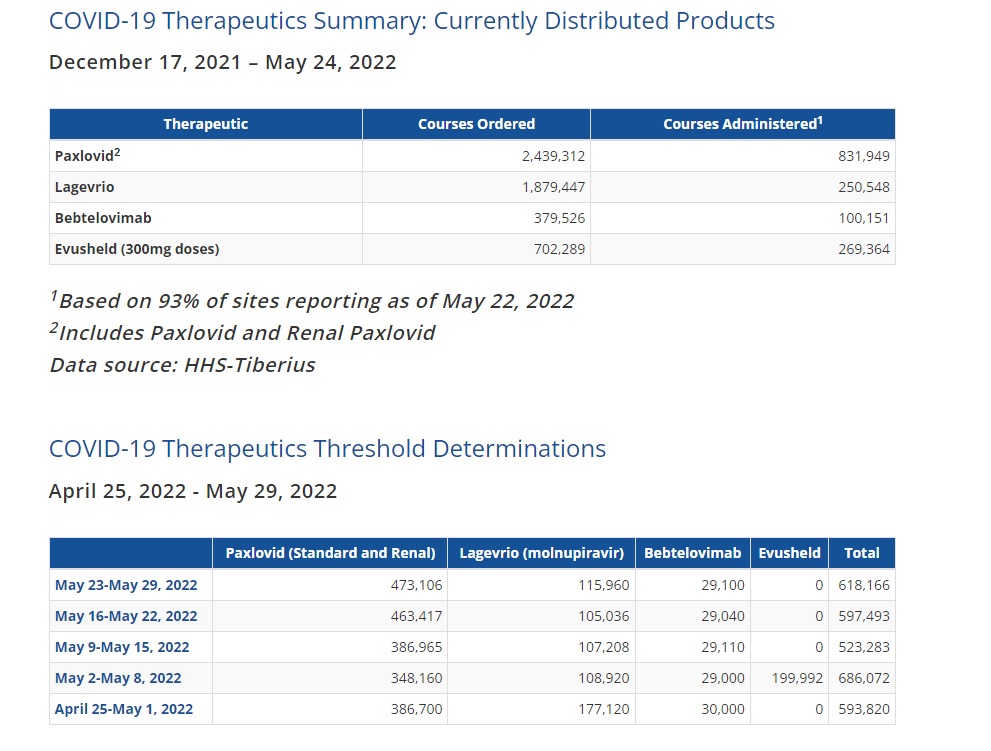 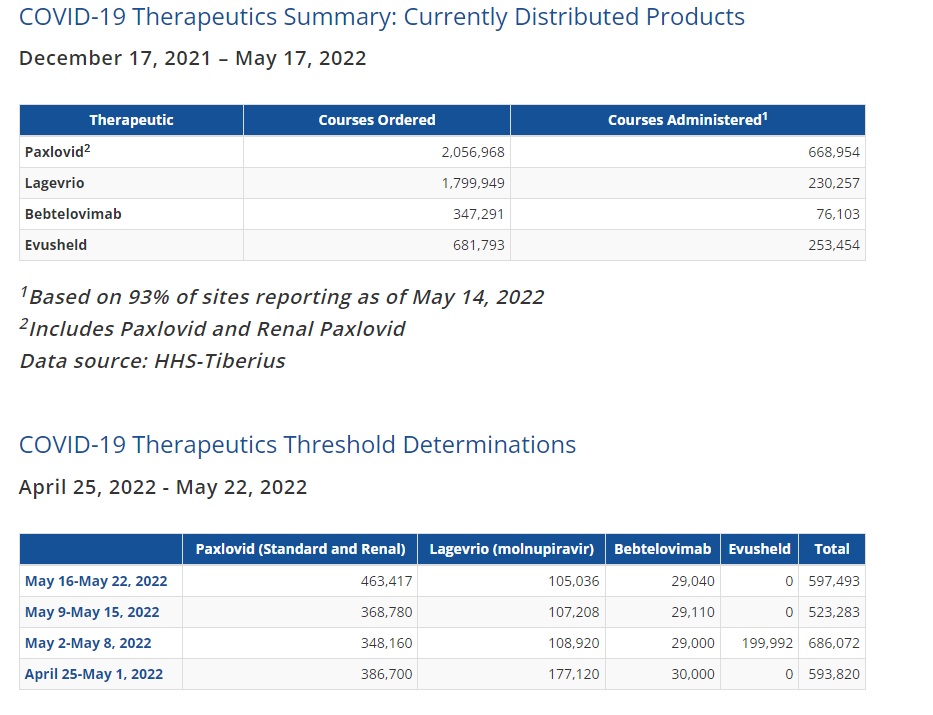