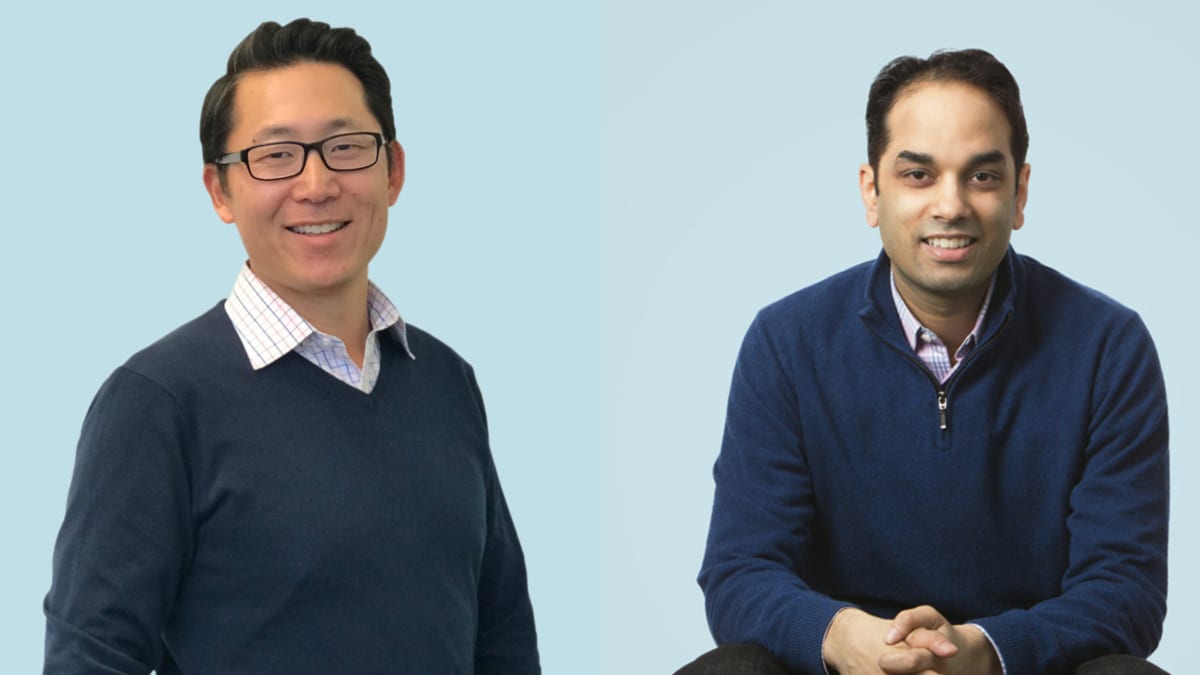 It’s not unusual to find the partners at Venrock traveling in the A-list section of biotech. They like to find some of the more mature startups headed toward IPOs or some new arrivals on the public market — sticking with deep-pocket investors looking to do big things. And they clearly have a big appetite for rounds that can range up into the stratosphere.

It looks like they’re going to remain in that neighborhood for some time to come. 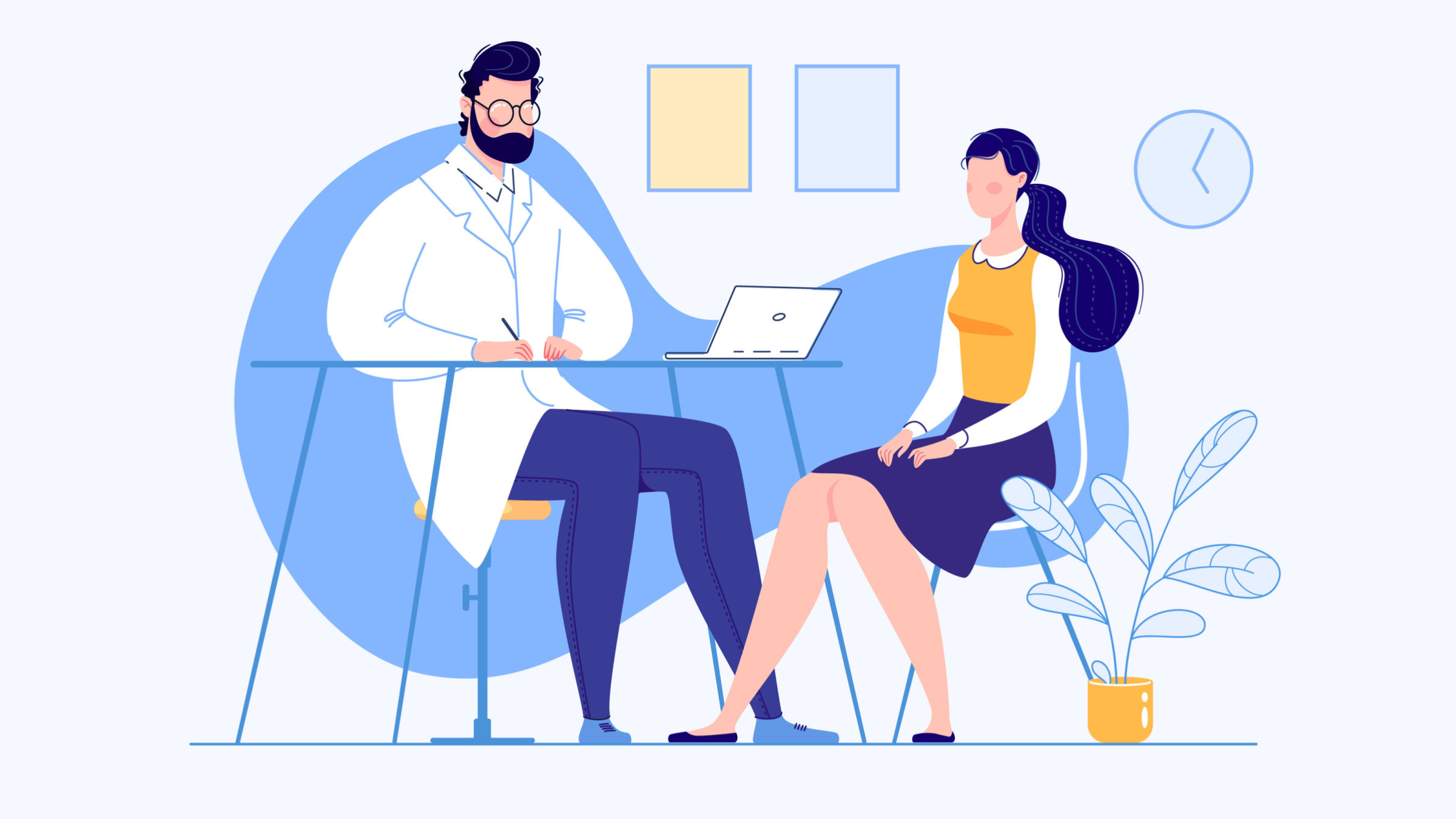 Phreesia and Klick Health teamed up to find out about LGBTQ+ patients about healthcare gaps and perceptions.
July 6, 2022 02:33 PM EDTUpdated 02:43 PM
Pharma
Marketing

A majority of people in the LGBTQ+ community feel misunderstood by pharma companies, according to a new study. The joint research from Phreesia Life Sciences and Klick Health found that only 45% of LGBTQ+ patients surveyed at in-office visits think pharma understands their unique needs.

The confidence percentages were even lower among specific groups — only 39% of LGBTQ+ patients who identify as female, and 33% of trans men and 30% of trans women, believe that pharma companies know what they need.

Merck KGaA’s MilliporeSigma is extending a helping hand to Lotte Group as the South Korean conglomerate looks to make an impact on US soil.

MilliporeSigma, Merck KGaA’s life science business in the US and Canada, has signed a memorandum of understanding with the new Lotte biologics business, outlining a planned collaboration to help establish Lotte’s manufacturing capabilities in the US. MilliporeSigma will be a preferred supplier and provide Lotte with technical consulting, training and expertise, products, technologies and manufacturing solutions, according to MilliporeSigma.

Viatris Pharmaceuticals’ Mylan unit is facing yet another recall on a batch of its insulin.

On Tuesday, Viatris — which was formed out of a $12 billion merger between Mylan and Pfizer’s Upjohn unit back in 2020 — announced that Mylan Pharmaceuticals is voluntarily recalling one batch of insulin glargine injection, 3 mL prefilled pens due to potential missing labels.

The batch — numbered BF21002895 — is not the branded Semglee pen, but rather the unbranded insulin pens that are packaged in cartons of five. This batch is being recalled due to the potential for the label to be missing on some pens, and the FDA has been made aware of the recall, the company said. 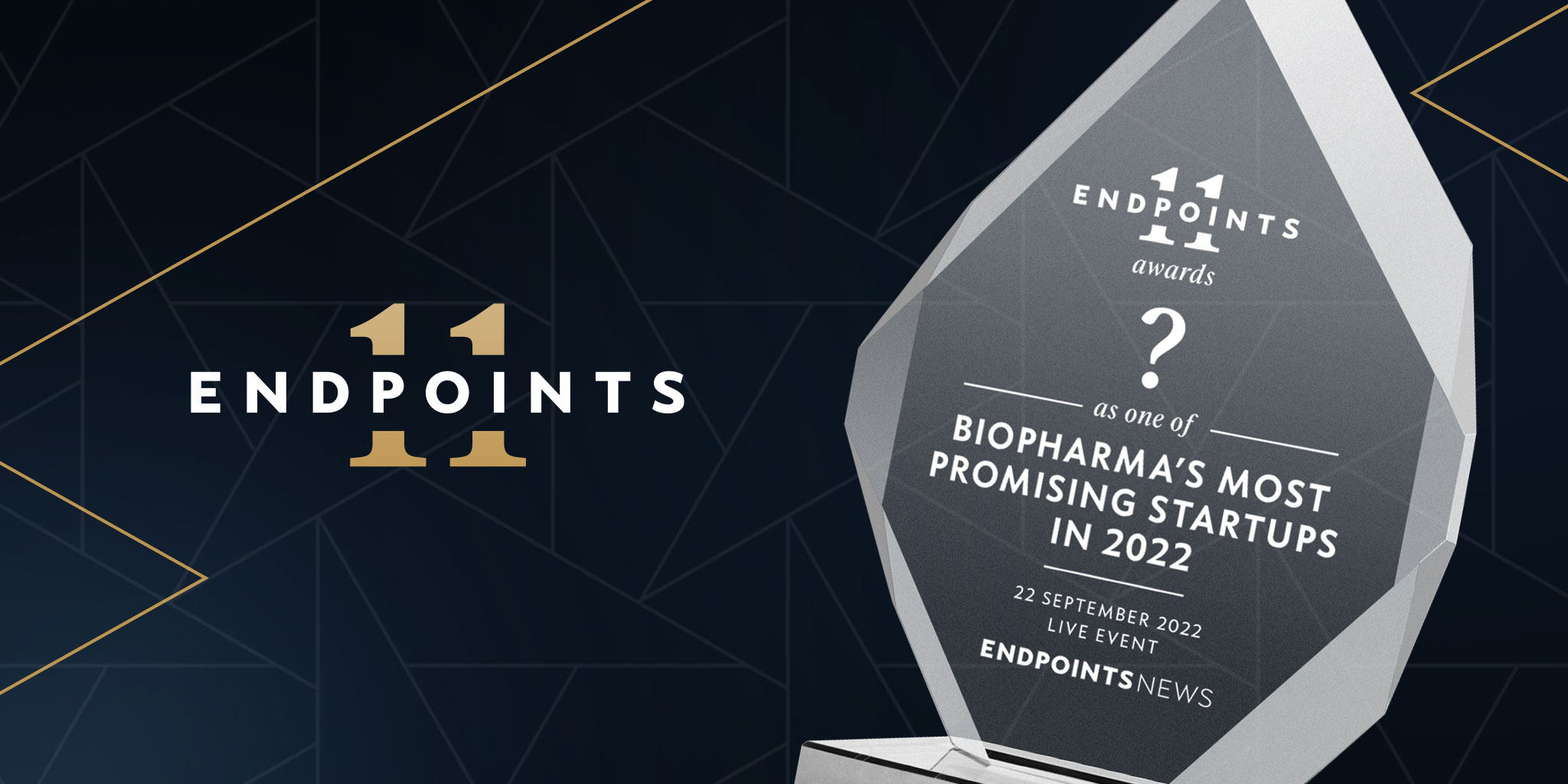 It’s time for some fun.

Over the past 20 years or so, I’ve made it my mission to hunt down some of the most promising private biotechs in the industry to feature in an annual report I now call the Endpoints 11. And we’re back on track for the next big round of awards.

Every now and then I’m asked what the basic criteria is for inclusion. It’s simple. If you’re out to do big things in drug development, break new ground, go to that proverbial next level with an outstanding team, promising science and marquee backers — or promise to make a colossal noise if you fail — then you should make the short list.

GSK’s consumer health spinoff Haleon will make its big debut in just over a week — but with some serious debt in tow, according to the company.

When it lists on the London Stock Exchange on July 18, Haleon will have about £10.3 billion (more than $12 billion) in debt on the balance sheet, GSK confirmed on Wednesday. That’s around four times the spinoff’s estimated earnings for the year, according to the UK’s This is Money, which first reported the news. 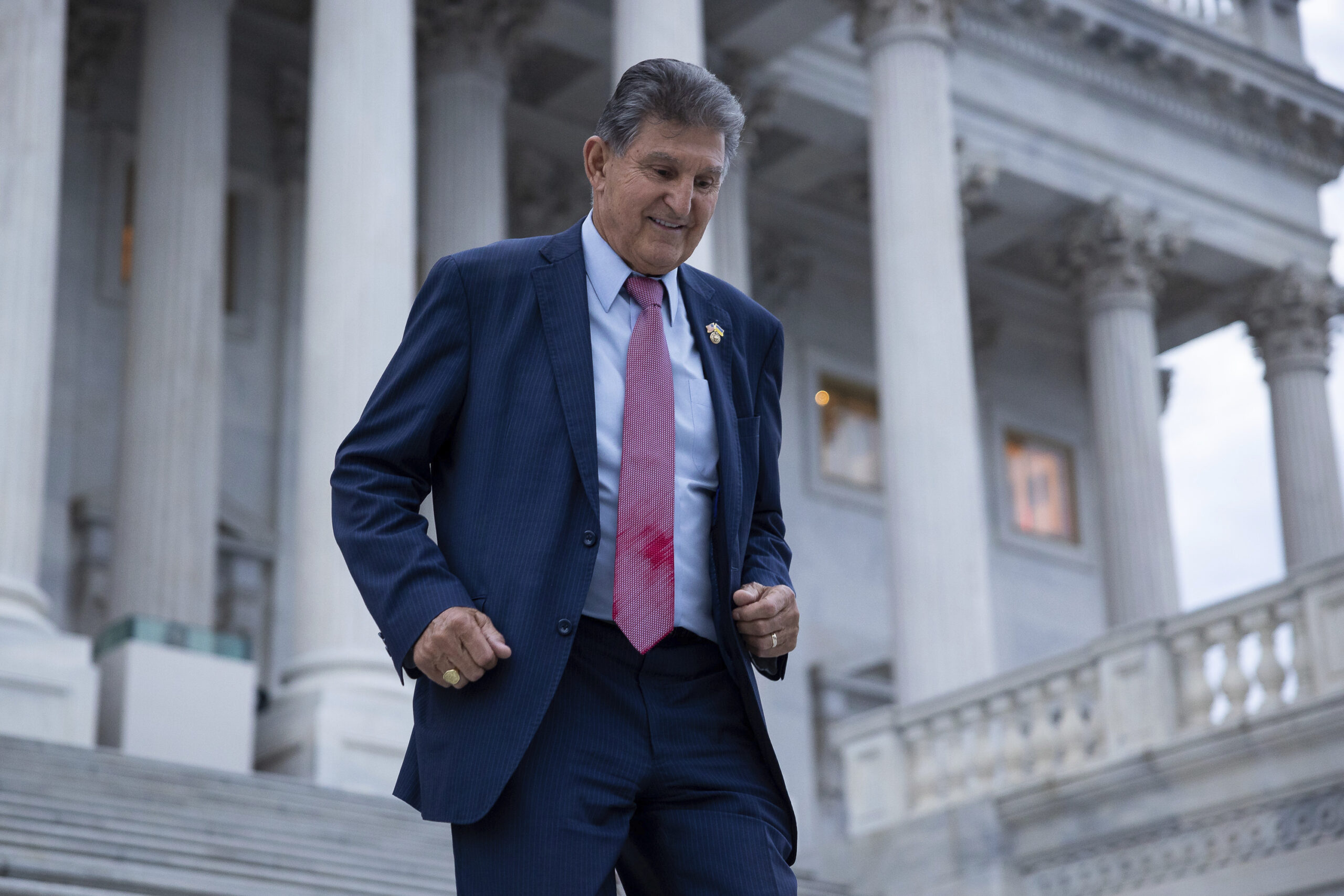 First reported by Punchbowl, Senate Majority Leader Chuck Schumer (D-NY) is submitting a potential reconciliation package to the Senate parliamentarian that includes an agreement backed by all 50 Senate Democrats, including Manchin, to allow Medicare to negotiate prescription drug costs. 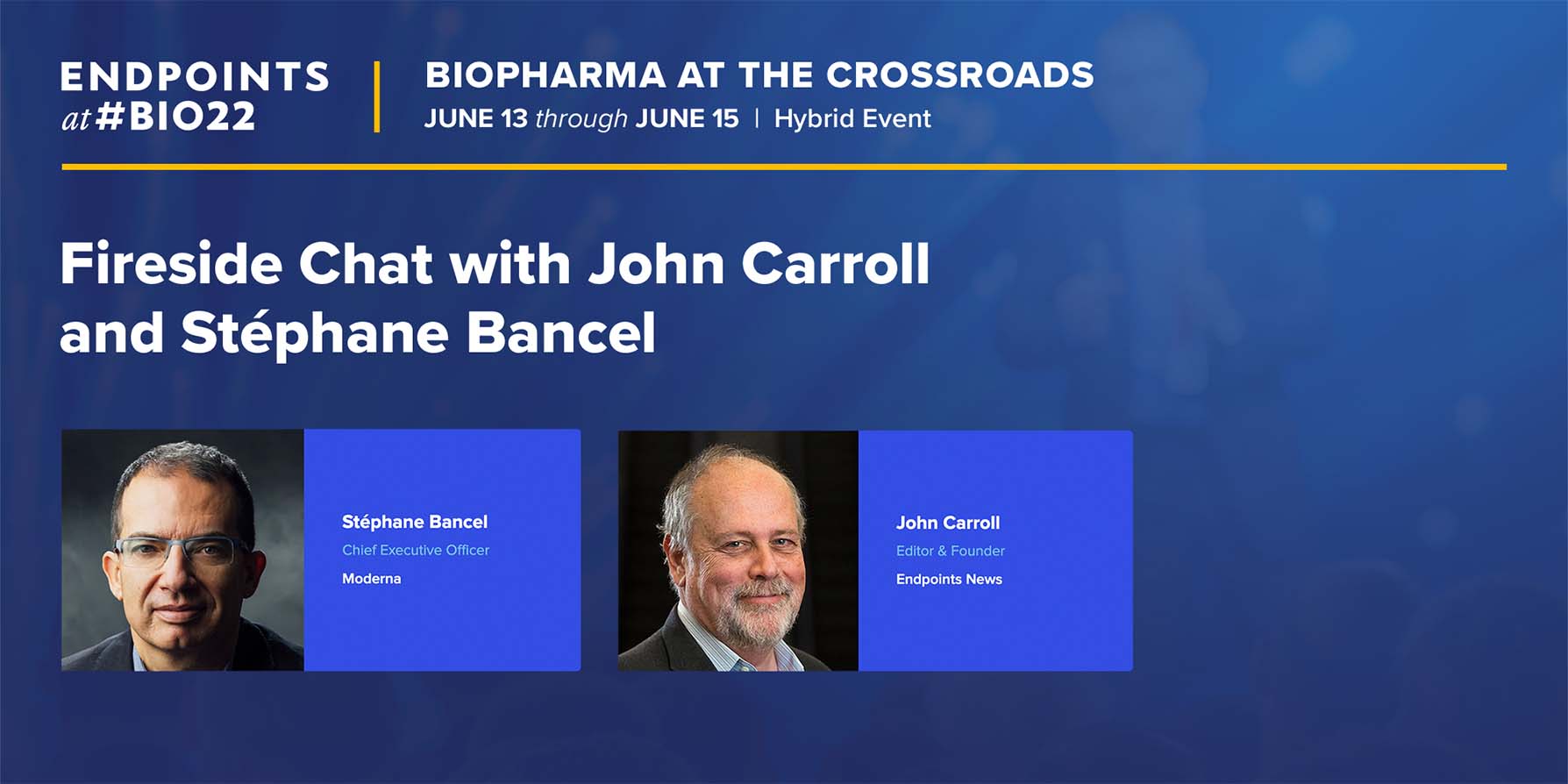 During the big BIO conference in San Diego last month, Endpoints News editor John Carroll sat down with Moderna CEO Stéphane Bancel to discuss the pandemic, Moderna’s $19.3 billion in financial reserves, what prompted him to donate a portion of his own fortune and more. Here’s their conversation: 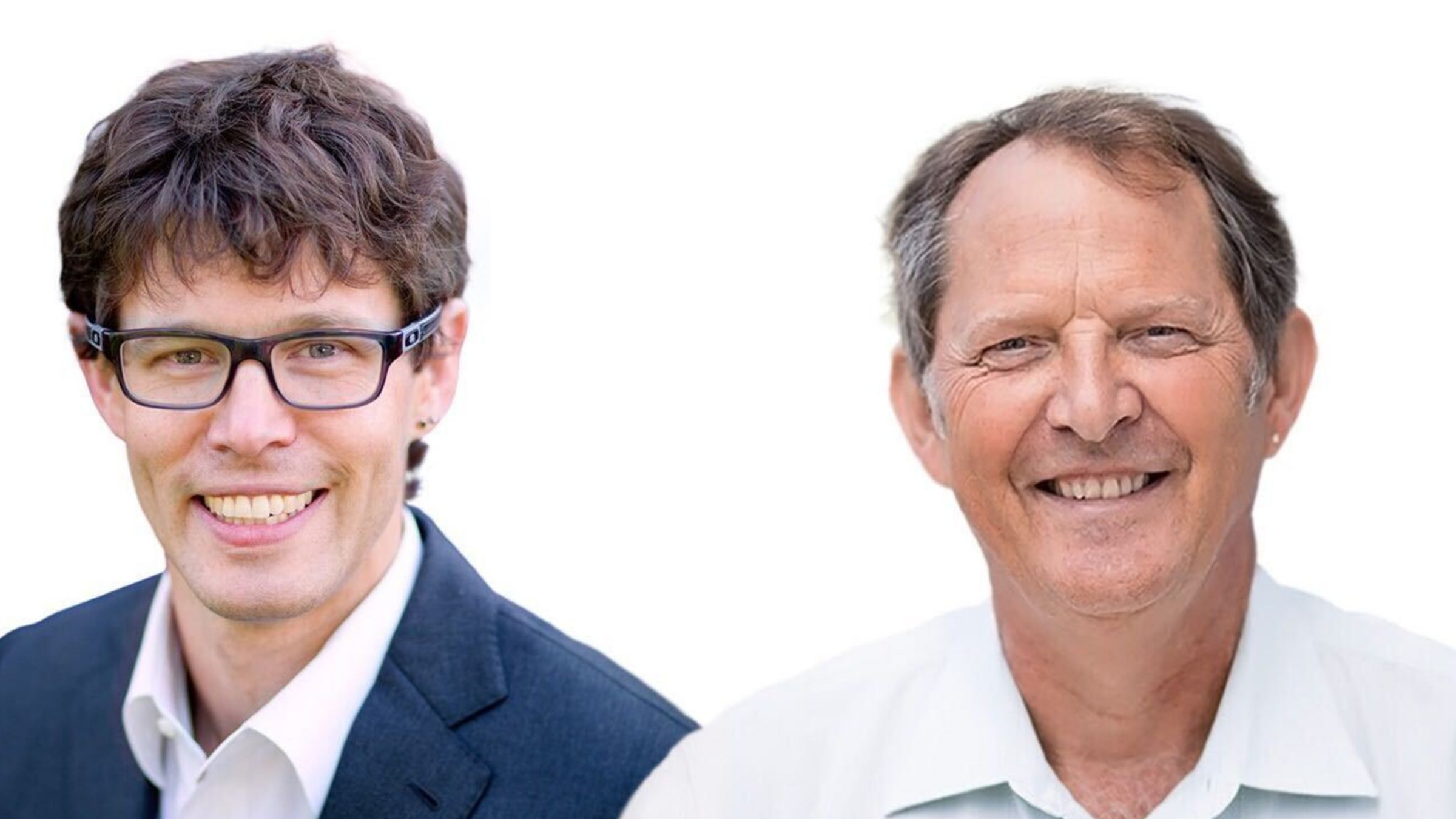 AstraZeneca has engineered a $1.27 billion deal to acquire a small biotech and its T cell engager — with an eye to shaking up the standards of care in multiple B cell malignancies.

The deal to snap up TeneoTwo, which starts with $100 million upfront, marks the third buyout that Roland and Ben Buelow have scored under the Teneo umbrella after selling two other bispecific companies to AbbVie and Amgen, respectively. Just a few weeks ago, the father-and-son duo raised $60 million to keep developing the remaining programs under their watch.

Having already secured several approvals for Duchenne muscular dystrophy drugs, Sarepta aimed to capitalize on its lead in the field with a new data readout Wednesday. And while many of the hard numbers are positive, a new side effect is putting a damper on the mood.

Sarepta reported Wednesday that its experimental gene therapy, dubbed SRP-9001, significantly improved patients’ motor function after one year compared to a control. The data came from a 20-patient cohort of boys aged four to seven years old and also passed several key secondary tests. The biotech also revealed four-year data from a small, four-patient cohort in an earlier study suggesting the treatment’s effect can remain durable over that time.