The boom­ing can­cer drug R&D field can count one more play­er with some big dreams to pur­sue in im­muno-on­col­o­gy. 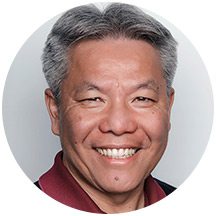 “To be com­pet­i­tive here you had to be a lot bet­ter, it had to be a su­pe­ri­or mol­e­cule,” says Brad Bol­zon, the man­ag­ing di­rec­tor at Ver­sant. “We wouldn’t have brought for­ward a pro­gram un­less it could re­al­ly com­pete.”

As for the IDO drug, he says: “We feel pret­ty con­fi­dent that this is go­ing to be a game-chang­ing as­set.” 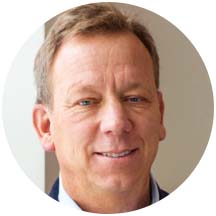 Tem­pest turned to Tom Duben­sky — up un­til last Au­gust the chief sci­en­tif­ic of­fi­cer at Aduro Biotech— to take the wheel. Duben­sky tells me he’s known the Ver­sant team for years, oc­ca­sion­al­ly help­ing out ad­vis­ing on deals. And he sounds primed and ready to roll as the new CEO.

“I would have been a fool not to jump at the chance,” Duben­sky tells me. The field may be crowd­ed, he says, but the right IDO pro­gram can at­tract plen­ty of pos­i­tive at­ten­tion.

“For those com­pa­nies with­out an IDO,” he says, “there will be a re­al land rush to­ward IDO in­hibitors.”

The syn­di­cate Ver­sant Ven­tures as­sem­bled in­cludes some big play­ers out of Asia, an in­creas­ing­ly com­mon fea­ture in US rounds — par­tic­u­lar­ly in San Fran­cis­co. The round in­volved F‐Prime Cap­i­tal and Quan Cap­i­tal, with ad­di­tion­al funds com­ing from Lil­ly Asia Ven­tures, Fore­site Cap­i­tal and Eight Roads Ven­tures.