Vir­tu­al biotech An­ti­va sets out on a big R&D quest, armed with a $22M round for an HPV ther­a­py 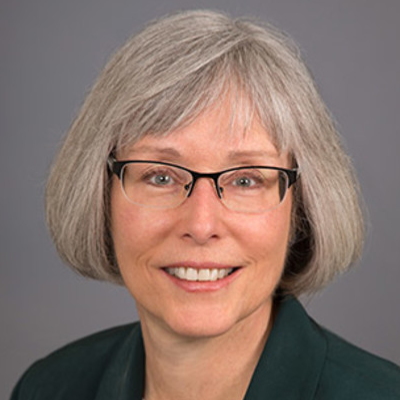 For a vir­tu­al biotech with one drug just en­ter­ing the clin­ic, lit­tle South San Fran­cis­co-based An­ti­va Bio­sciences has carved out a very big mis­sion for it­self.

Led by ex-Bay­Bio chief Gail Maderis, the biotech is tar­get­ing pre­can­cer­ous le­sions caused by HPV with an ex­per­i­men­tal top­i­cal ther­a­py. They’ve mapped out a clin­i­cal de­vel­op­ment plan that can, in a rel­a­tive­ly short pe­ri­od of time, of­fer some sol­id ev­i­dence of its po­ten­tial. And this morn­ing their ven­ture syn­di­cate has come up with a $22 mil­lion round de­signed to pro­vide enough sup­port to land key da­ta read­outs.

“We are con­duct­ing a Phase Ia in healthy vol­un­teers in Aus­tralia,” says Maderis, fo­cus­ing on safe­ty and tol­er­a­bil­i­ty. If all goes well, the com­pa­ny will move for­ward in­to a Ib tri­al in the sum­mer, which will be in high grade dis­ease. And while safe­ty is still a big fo­cus, the biotech be­lieves it can get a sol­id look at ef­fi­ca­cy that should be a like­ly pre­dic­tor of larg­er da­ta read­outs.

Canaan Part­ners and Sofinno­va Ven­tures, two big play­ers on the West Coast, got the com­pa­ny up and run­ning, pro­vid­ing the ear­ly fi­nanc­ing need­ed for much of the pre­clin­i­cal work. They are in the C round an­nounced this morn­ing. But Maderis says its new back­ers al­so il­lus­trate the busi­ness plan at An­ti­va.

Says Maderis: “We are start­ing to plant the seed to look to ge­o­gra­phies in the world where HPV dis­ease has the most preva­lence.”

If their top­i­cal ther­a­py works, An­ti­va will look to de­liv­er a new ther­a­py that can be eas­i­ly ap­plied, at home.

An­ti­va was left with a very large open­ing, says Canaan’s Wende Hut­ton, af­ter the in­tro­duc­tion of new HPV vac­cines a decade ago seemed to an­swer this par­tic­u­lar un­met med­ical need. But the vac­cines proved to be a com­mer­cial let­down, and the threat of HPV re­mains a ma­jor threat to women – and men – around the world. Sur­gi­cal in­ter­ven­tions, adds Hut­ton, are not al­ways fea­si­ble.

“HPV is an epi­dem­ic and it’s a sad thing that women, even if screened, don’t have ac­cess to sur­gi­cal ther­a­py,” says Hut­ton.

I sug­gest­ed to Maderis that in most cas­es like this, a small, ven­ture backed biotech would even­tu­al­ly look to ei­ther a buy­out or a li­cens­ing pact with a big play­er which would be able to mar­ket a ther­a­py to a big group like this.

“Those are two good op­tions,” she said with a cheer­ful laugh.

The sev­en staffers at An­ti­va have a big job ahead.

Vir­tu­al biotech An­ti­va sets out on a big R&D quest, armed with a $22M round for an HPV ther­a­py