Smooth progress here would min­i­mize Ab­b­Vie’s lead, as its ri­val JAK in­hibitor upadac­i­tinib is al­ready un­der pri­or­i­ty re­view with a PDU­FA date set for Q3. For an­a­lysts, it’s al­so a tes­ta­ment to new CEO Dan O’Day’s abil­i­ty to ex­e­cute on key pipeline ad­vances, hav­ing hint­ed at the quick fil­ing in an in­vestor call — though ques­tions about a cru­cial safe­ty study re­main unan­swered.

SVB Leerink anayl­sts call the sce­nario “bet­ter than our best case” as it sets up a po­ten­tial launch six months ahead of their pro­ject­ed time­line. Gilead’s part­ners at Gala­pa­gos $GLPG en­joyed a 6% ral­ly at the news. 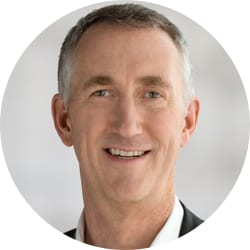 With the en­tire JAK class grap­pling with safe­ty is­sues — the FDA and EMA both is­sued stark warn­ings re­cent­ly about the dan­gers posed by Pfiz­er’s Xel­janz, and Eli Lil­ly was de­nied an ap­proval on the high dose of Olu­mi­ant — a clean score on this front is re­quired to stand out.

There’s no word on when MAN­TA will read out, but the as­sump­tion is that reg­u­la­tors have agreed to judge the ap­pli­ca­tion on in­ter­im da­ta rather than wait­ing on the full dataset, ex­pect­ed in 2020.

In case any­one needs a re­minder, the stakes are high. Welford sees $6 bil­lion in fil­go­tinib in terms of world­wide sales po­ten­tial across all in­di­ca­tions, with $3 bil­lion from rheuma­toid arthri­tis, $600 in Crohn’s, $400 mil­lion in ul­cer­a­tive col­i­tis and $2 bil­lion from oth­ers. Evan Seiger­man from Cred­it Su­isse, mean­while, fore­casts a more con­ser­v­a­tive $1 bil­lion in peak RA sales while oth­er in­di­ca­tions should bring in $1 to $2 bil­lion.