Der­mi­ra set it­self up for one of the big stock $DERM cat­a­lysts of Q1 with its Phase III ac­ne stud­ies for DRM01. And it got knocked down — hard — Mon­day morn­ing as it re­port­ed the late-stage pro­gram had suf­fered a cat­a­stroph­ic fail­ure. 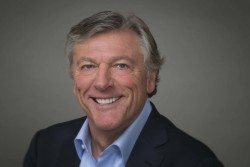 The pri­ma­ry end­points for the two stud­ies showed that the re­sults for the drug close­ly mir­rored the place­bo arm, leav­ing the com­pa­ny with noth­ing to show for it. Der­mi­ra ex­ecs say they will now close down the pro­gram and move on.

That wasn’t what the stock touts want­ed to hear. Shares were oblit­er­at­ed in the rout, drop­ping more than 70%.

DRM01 is de­signed to re­duce the pro­duc­tion of se­bum, find­ing a new way to treat the skin con­di­tion by pre­vent­ing the oily buildup that trig­gers an out­break. That prospect — though hard­ly a tough un­met med­ical need in the biotech world — whipped up con­sid­er­able spec­u­la­tive move­ment on the stock price.

Fail­ure did not come cheap for Der­mi­ra, which re­cruit­ed 1,500 pa­tients for the stud­ies. But the com­pa­ny does have oth­er drugs to turn to, in­clud­ing DRM04, which is sup­posed to re­duce sweat­ing in kids. The biotech al­so bought le­brik­izum­ab from Roche af­ter the phar­ma gi­ant pro­duced some dis­ap­point­ing da­ta for the drug, now be­ing stud­ied for atopic der­mati­tis.

“We are sur­prised and ex­treme­ly dis­ap­point­ed by the re­sults of the Phase III pro­gram,” said Tom Wig­gans, chair­man and chief ex­ec­u­tive of­fi­cer of Der­mi­ra. “This is dis­ap­point­ing not on­ly for the com­pa­ny, but al­so for pa­tients who are liv­ing with this con­di­tion and der­ma­tol­o­gists who have been look­ing for nov­el ther­a­pies to treat them.”