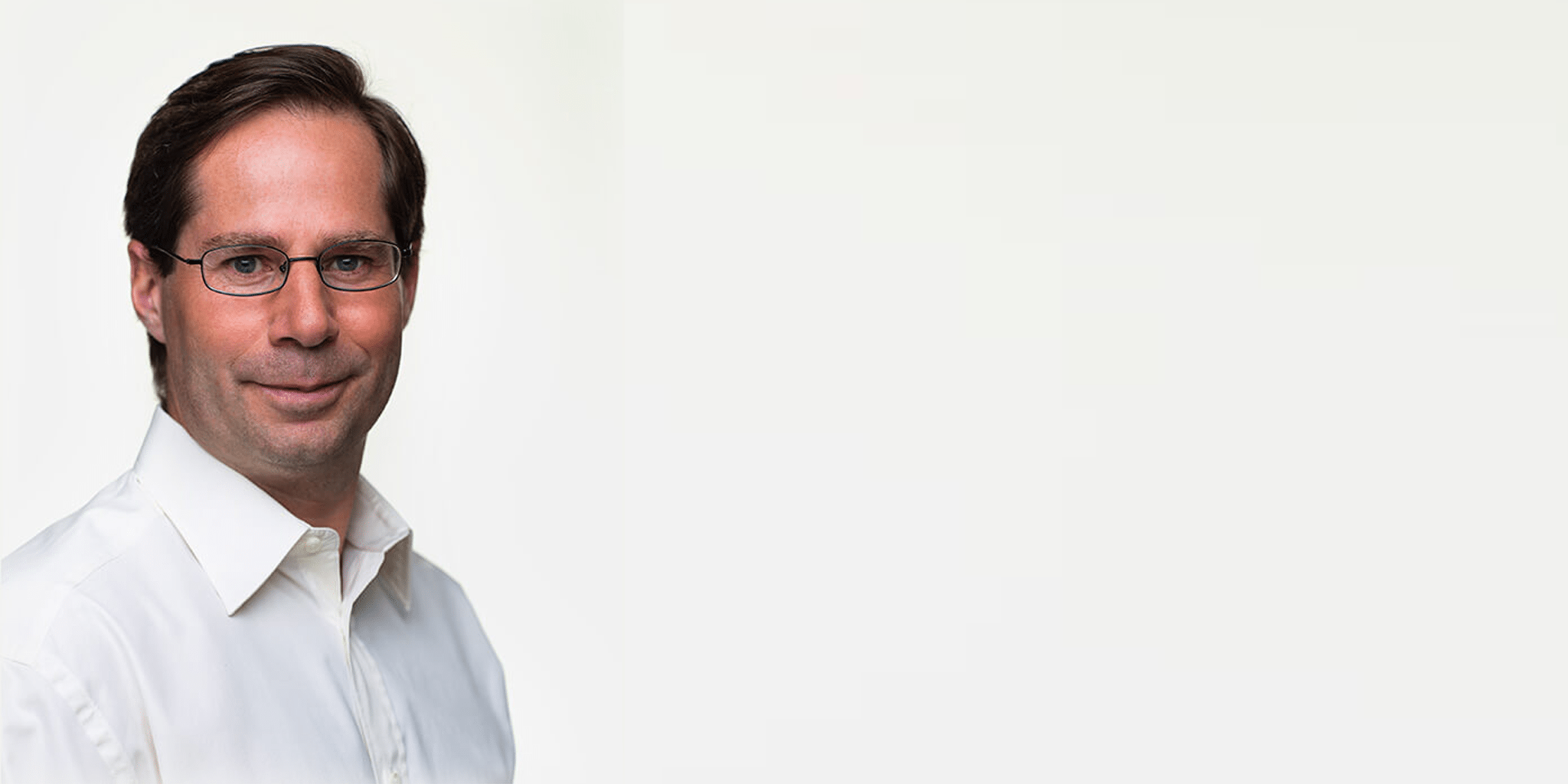 What's big­ger than a uni­corn? Sa­mumed stuns yet again as an­ti-ag­ing pipeline draws $438M at $12B val­u­a­tion

Sa­mumed came out with a bang a cou­ple years ago, when it bold­ly an­nounced a cou­ple of an­ti-ag­ing pro­grams and a $12 bil­lion val­u­a­tion. The San Diego com­pa­ny, which op­er­at­ed in stealth through much of its first decade, had no late-stage pro­grams and no prod­ucts on the mar­ket at the time, caus­ing quite the hub­bub when it claimed uni­corn sta­tus.

To­day, that com­pa­ny has added $438 mil­lion of eq­ui­ty back­ing to its cof­fers, clos­ing a mega-round that adds to its pre­vi­ous­ly raised $212 mil­lion. And yet again, the com­pa­ny an­nounced its pre-mon­ey val­u­a­tion for the lat­est round at a whop­ping $12 bil­lion. Even in these go-go days of biotech, the dol­lars are eye-pop­ping.

The fig­ure will cer­tain­ly raise eye­brows, but that’s noth­ing new for Os­man Kibar, Sa­mumed’s pas­sion­ate and col­or­ful CEO. I met with Kibar back in 2016, tour­ing the rather qui­et halls of Sa­mumed’s head­quar­ters. His en­thu­si­asm for the com­pa­ny’s in­ves­ti­ga­tion­al os­teoarthri­tis drug left an im­pres­sion on me, as he fer­vent­ly sketched graphs on a white­board to help me un­der­stand the WNT path­way.

“We’re sit­ting on a gold­mine, and this is on­ly the tip of the ice­berg,” Kibar said at the time. “If our strat­e­gy was to sell, no one could af­ford us.”

Found­ed in 2008, Sa­mumed now has eight pro­grams in its pipeline: two Phase II drugs, five in Phase I, and one pre­clin­i­cal. Its late-stage pro­grams are in os­teoarthri­tis and an­dro­ge­net­ic alope­cia (hair loss).

The com­pa­ny’s Phase II tri­al in OA en­rolled 455 pa­tients and went for a year. This pa­tient pop­u­la­tion in­cludes over 20 mil­lion Amer­i­cans who suf­fer from car­ti­lage wear­ing away in their joints and the re­sult­ing pain as­so­ci­at­ed with move­ment. There’s no re­al treat­ment be­sides pain med­ica­tion, which can ex­ac­er­bate the prob­lem (feel­ing less pain, pa­tients tend to move around more and fur­ther wear down that car­ti­lage). Af­ter re­ceiv­ing a sin­gle in­jec­tion, pa­tients showed car­ti­lage growth at the me­di­al joint.

But in Sa­mumed’s very brief press re­lease on this new round of fund­ing, the com­pa­ny did not men­tion where the mon­ey came from. That caught my at­ten­tion, be­cause when I first wrote about Sa­mumed, I thought the com­pa­ny’s lead in­vestors were odd choic­es: IKEA’s pri­vate ven­ture firm, anony­mous high-net-worth in­di­vid­u­als and a sin­gle ven­ture cap­i­tal firm called Vick­ers Ven­ture Part­ners. The biggest in­vestors are a fur­ni­ture com­pa­ny and a ven­ture firm with no his­to­ry of drug dis­cov­ery in­vest­ments. How could they rec­og­nize a valu­able in­vest­ment when they saw one?

I reached out to Kibar this morn­ing to see who was in this new syn­di­cate. Kibar replied with this:

Though not a sci­en­tist him­self, he ap­par­ent­ly has a knack for eye­ing good in­vest­ments. Tan was an ear­ly in­vestor of Baidu, known as the “Google of Chi­na” and cur­rent­ly val­ued at $80 bil­lion. Tan said his ven­ture firm made the biggest en­try in­vest­ment it’s ever made with Sa­mumed due to the com­pa­ny’s unique­ly high re­ward vs. risk pro­file. The last time he made a sim­i­lar in­vest­ment was Baidu it­self, Tan said.

Kibar said Sa­mumed is tar­get­ing its first ap­proval with­in the next few years.

“This round takes us there (in­clud­ing all our pro­grams, clin­i­cal and pre­clin­i­cal pipeline), plus launch cost, plus some ex­tra cush­ion,” Kibar wrote in an email. 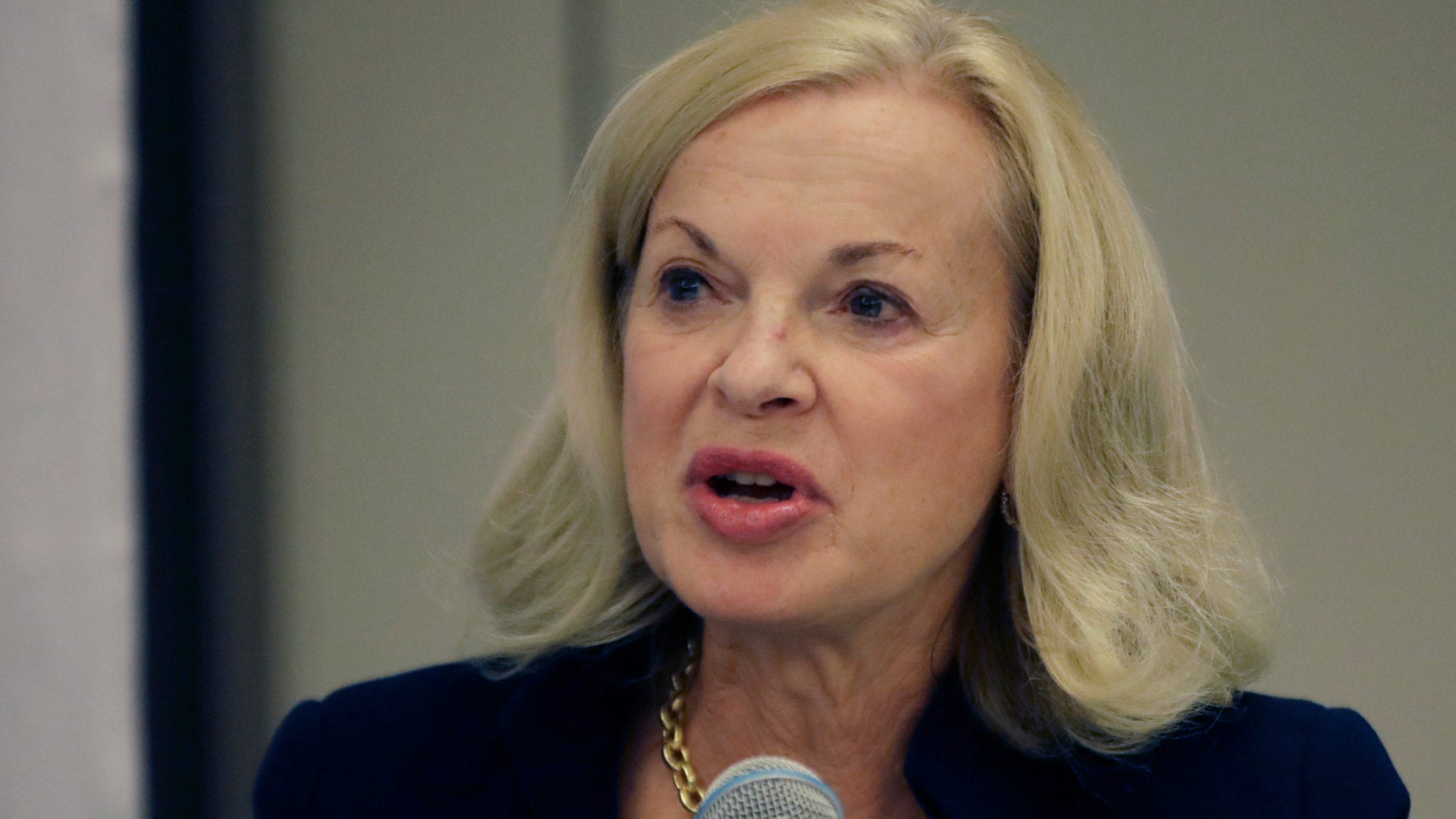 Amid recent scrutiny on how Moderna’s top executives have been cashing out their increasingly valuable shares, the biotech is parting ways with a board member who’s also heading a hospital where its Covid-19 vaccine is being tested.

Elizabeth Nabel — the president of Brigham and Women’s Hospital — has followed in Moncef Slaoui’s footsteps in resigning from Moderna’s board of directors. She took the role in 2015, two years before the Operation Warp Speed leader did; and as with Slaoui and MIT professor Robert Langer, her term was due to expire in 2021.

Another big IL-6 drug has failed to move the needle for Covid-19 patients, leaving that particular field of repurposed drug R&D on the ropes for the pandemic.

This morning it was Roche’s turn to outline a Phase III failure for Actemra, adding compelling data that have now all but extinguished the theory that an IL-6 drug could significantly help the most severely afflicted patients. That comes just weeks after Regeneron and Sanofi hit the red light on their trial for Kevzara after getting back-to-back readouts that made Roche’s trial a long shot at best. 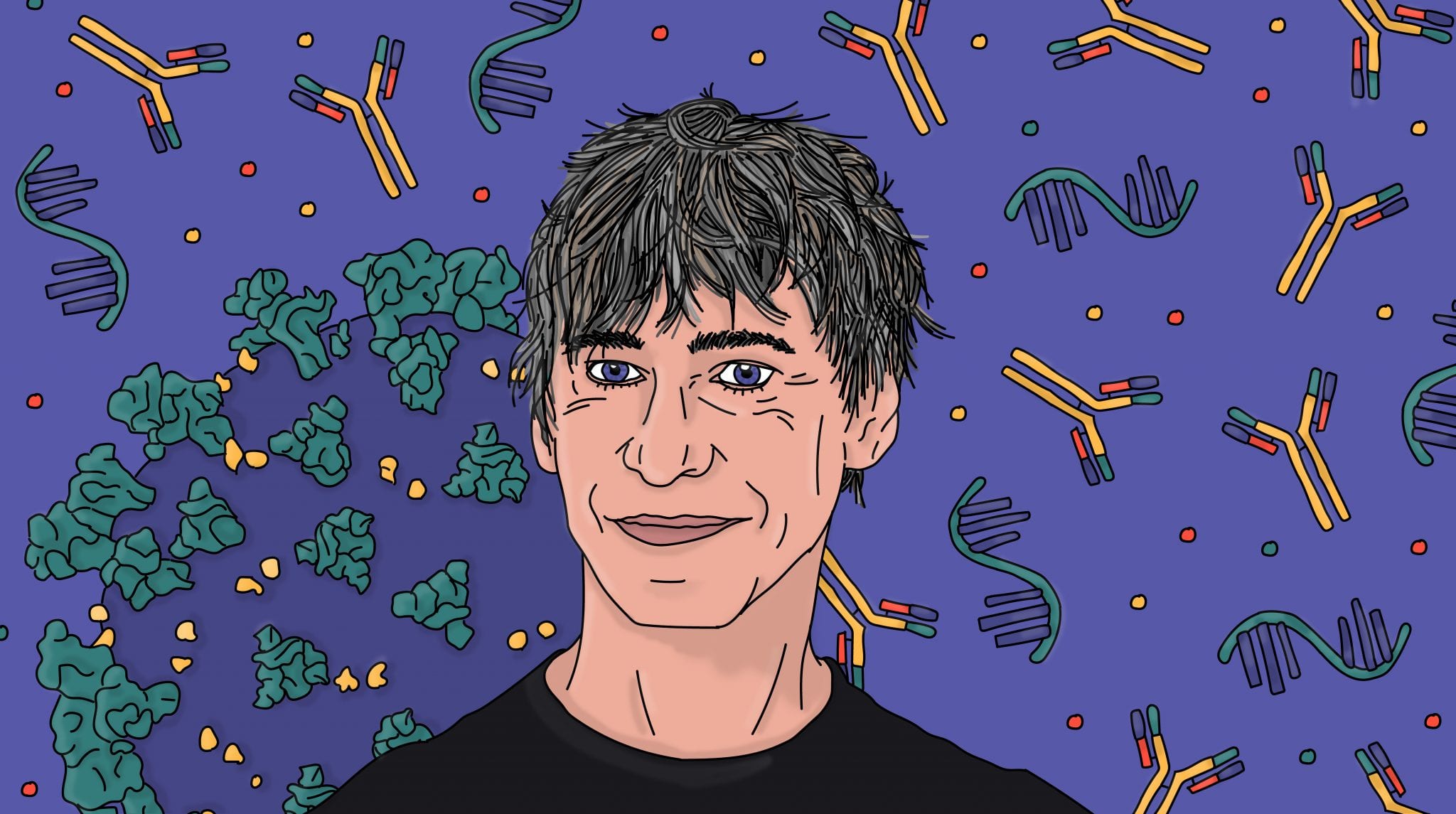 Bob Nelsen had been quietly wondering how to eradicate viruses for years, before one day in 2015, he welcomed a pair of immunologists into the ARCH Venture Partners offices on the 34th floor of Seattle’s Wells Fargo Building.

Louis Picker and Klaus Früh, professors at Oregon Health & Science University, had by then spent 5 years running around the country in search of funding for their startup, TomegaVax, and Früh, at least, was nearing wit’s end. The Gates Foundation was interested but told them they needed other investors. Investors told them to come back with more data, pharmaceutical executives said they’re in the wrong game — too little money to be made fighting infectious disease. Still, a well-connected board member named Bob More landed them a meeting with the coveted venture capitalist, and so, in a narrow conference room overlooking the Puget Sound, Picker prepared to again explain the idea he had spent 15 years on: re-engineering a benign microbe into the first vaccines for HIV and better ones for hepatitis and tuberculosis.

“This lightbulb went on his head,” Picker recalled in a recent interview. “Most of them just didn’t get it. And Bob’s hit.”

By that point, Nelsen was more than just a venture capitalist. Scraggly and greying but no less opinionated at 52, he was mobbed at biotech conferences, having earned a reputation for crass wisdom and uncanny foresight, for making big bets on big ideas that changed medicine. Those ideas included DNA sequencing, which he first cut a check for in the 90s, and leveraging the immune system to tackle cancer. He earned millions making billion-dollar companies.

Yet for years he had harbored an almost singular obsession: “I hate viruses,” he told Forbes in 2016. He told me he was “pissed off” at them. The obsession drove him to his first biotech investment in 1993, for an inhalable flu vaccine approved a decade later and still in use. And it drove him to invest in CAR-T as a potential cure for HIV, years before it proved a wildly effective treatment for some cancers.

Now, listening to Picker talk about T cells and antibodies and the curious biology of cytomegalovirus, Nelsen began wondering if it was time for another bet. Picker’s technology was not only promising, he reasoned, it could be the basis of a company that changed how researchers approached viruses. Instead of trying to come up with an antidote for every pathogen, you could do what cancer researchers had learned to do, and harness the immune system to do the work for you.

This wasn’t a popular opinion at the time. “It’s like the least trendy idea in the world,” Nelsen told me. “People would say, ‘Why the hell are you going into infectious disease?’”

Three months after announcing the results of a landmark trial, Thrive Earlier Detection has raised $257 million to put their liquid biopsy cancer test into a pivotal trial.

Thrive started raising for the Series B immediately after the study results were published in Science at the end of April. That study, run across 10,000 women at the Geisinger Health System, showed for the first time that a blood test could help doctors diagnose certain types of cancer in patients who did not yet show symptoms, more than doubling the percentage of cancers that were detected.

On the heels of landing the largest Warp Speed contract to date, Sanofi and GlaxoSmithKline continued to make moves Friday afternoon.

The two companies announced they are in advanced discussions with the EU to supply up to 300 million doses of their Covid-19 vaccine candidate, coming just a few hours after securing their $2.1 billion deal with the US. Should the agreement be finalized, all EU member states will have the option to purchase the vaccine. 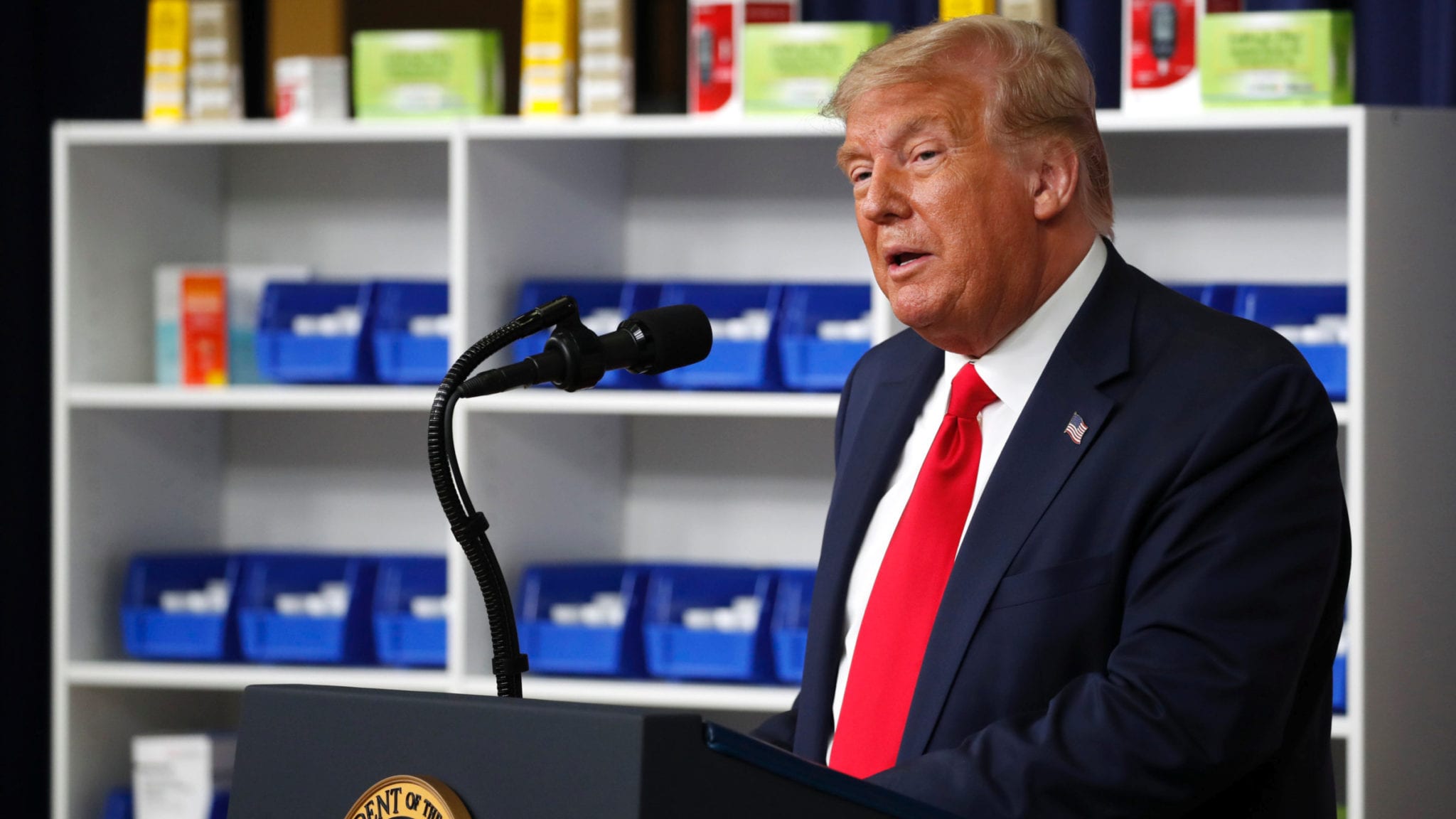 Trump’s ‘rad­i­cal’, ‘hor­ri­ble’ ex­ec­u­tive or­ders on drug pric­ing earn a C-suite back­lash this week — with one threat to do more over­seas

Once the pandemic erupted in the US, Big Pharma enjoyed a brief period of detente — if not actually warm relations — with the Trump administration.

After years of criticizing high drug prices and threatening legislation that would curb the industry’s pricing freedom, the president warmly encouraged the industry’s commitment to a pell mell race to new vaccines and drugs to fight Covid-19 — often at speeds that would have been considered impossible back in January. And it raised the possibility that biopharma could finally find a way to achieve some kind of popularity after years of public toxicity. 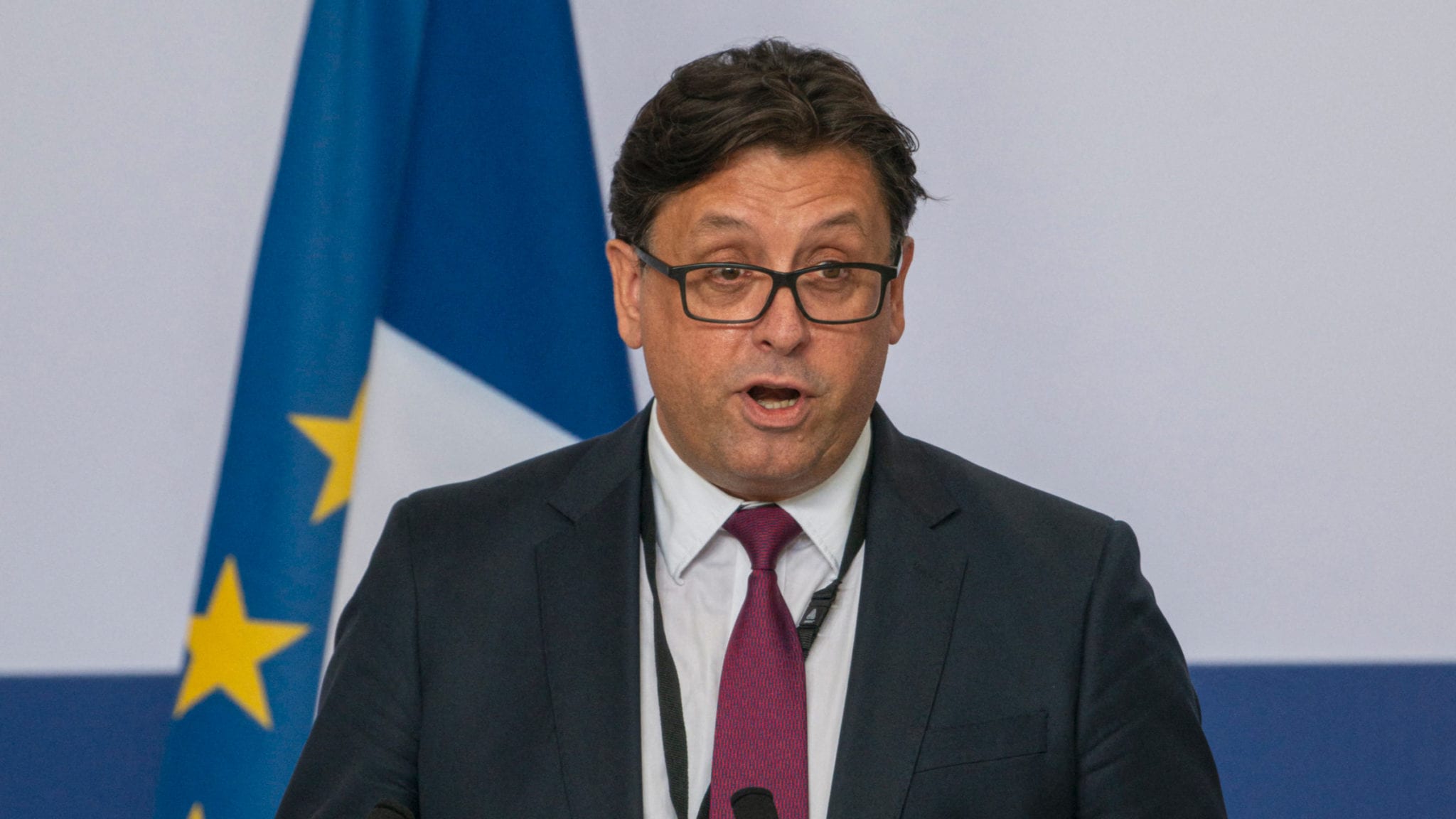 Sanofi and GSK grab largest Warp Speed deal yet, se­cur­ing $2.1B for a vac­cine that might come next year

Sanofi and GlaxoSmithKline have become the latest members of Operation Warp Speed, landing a $2.1 billion contract to scale up manufacturing for a vaccine that is on track for completion next year. The deal secures the US 100 million doses, with an option for 500 million more.

It is the largest contract the White House has given yet in its hunt to make 300 million doses of a vaccine available to the US public by January, although Sanofi has not committed to supply vaccines by that time, potentially opening the door for other developers with longer development paths to gain funding. The cash will help Sanofi scale the vaccine, which combines their recombinant DNA technology with GSK’s immune-boosting adjuvant, to a billion doses next year. 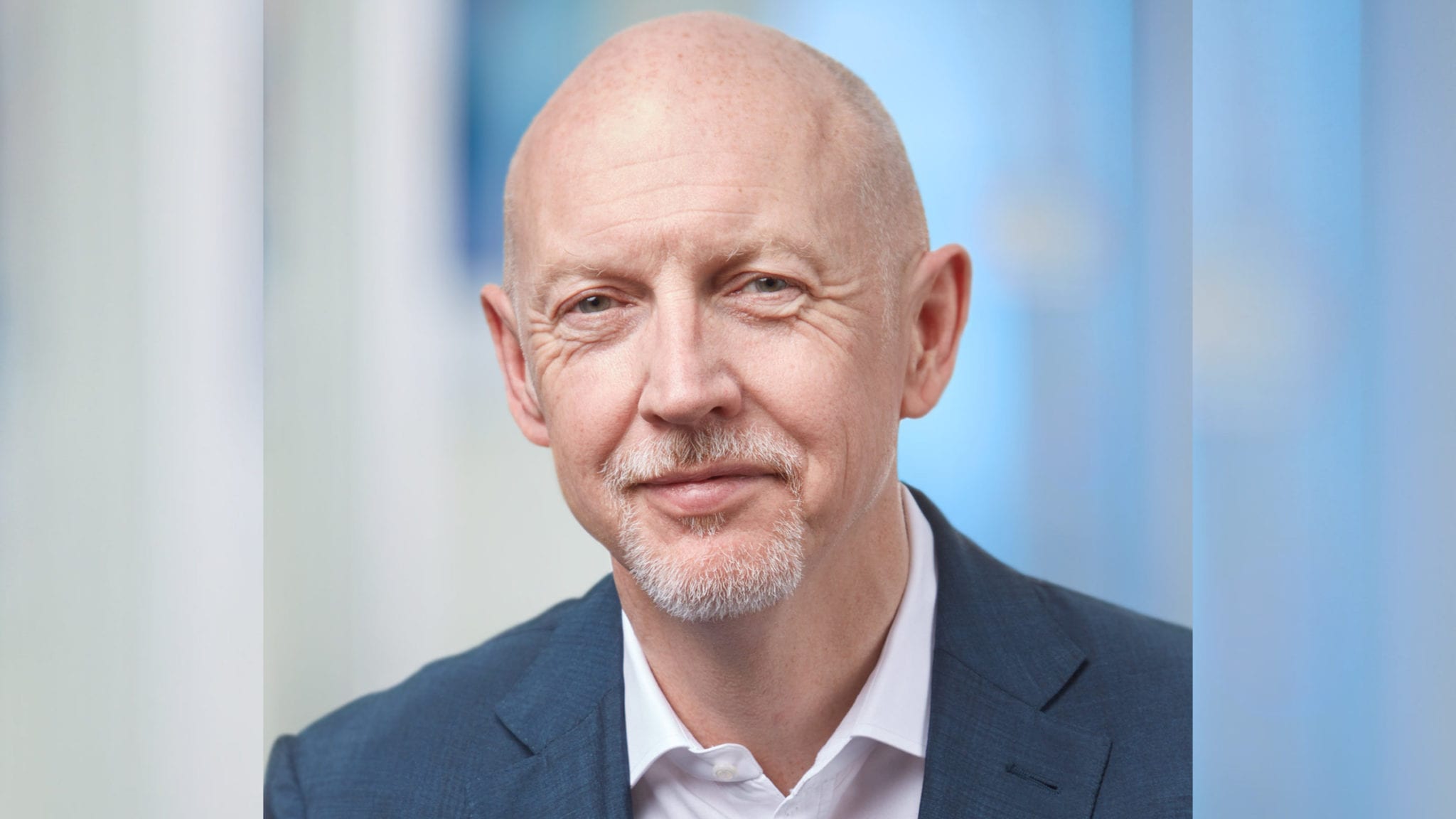 When Novartis recruited Ricardo Dolmetsch from Stanford to lead its neuroscience group, great emphasis was placed on decoding genomics and the brain circuitry to find new breakthroughs for the beleaguered field. Seven years and a failed Fragile X therapy later, he has a new tool to go after some of these targets his team has unearthed.

In a new collaboration, Novartis is paying Sangamo Therapeutics $75 million upfront to leverage zinc finger protein transcription factors in the regulation of three genes ties to autism — a core focus of Dolmetsch’s academic research days — intellectual disability and other neurodevelopmental disorders. Another $720 million in milestones are on the table, alongside a pledge to reimburse all of Sangamo’s research work.

What's big­ger than a uni­corn? Sa­mumed stuns yet again as an­ti-ag­ing pipeline draws $438M at $12B val­u­a­tion

Trump’s ‘rad­i­cal’, ‘hor­ri­ble’ ex­ec­u­tive or­ders on drug pric­ing earn a C-suite back­lash this week — with one threat to do more over­seas

Sanofi and GSK grab largest Warp Speed deal yet, se­cur­ing $2.1B for a vac­cine that might come next year