With Lil­ly’s foothold in the non-small cell lung can­cer (NSCLC) field weak­en­ing as its Al­im­ta fran­chise march­es to­ward a patent cliff, an­oth­er can­cer treat­ment man­u­fac­tured by the drug­mak­er could be used as a front­line treat­ment in the lu­cra­tive mar­ket. On Tues­day, the In­di­anapo­lis com­pa­ny said its drug, Cyra­mza, in com­bi­na­tion with Roche’s Tarce­va, helped stem the spread and growth of can­cer as an ini­tial treat­ment in cer­tain pa­tients with metasta­t­ic NSCLC in a piv­otal study.

De­tailed re­sults will be pro­vid­ed at a fu­ture med­ical meet­ing, Lil­ly said, adding that it was prepar­ing for glob­al reg­u­la­to­ry mar­ket­ing sub­mis­sions in mid-2019. 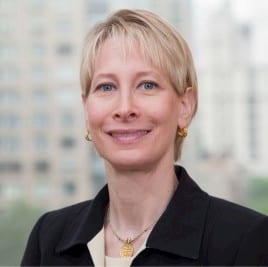 In Jan­u­ary, Lil­ly $LLY agreed to pay $8 bil­lion for Loxo On­col­o­gy $LOXO, which man­aged to get a drug — a site-ag­nos­tic can­cer treat­ment — ap­proved in a rel­a­tive­ly quick 5 years. But the main at­trac­tion for Lil­ly is Loxo’s ex­per­i­men­tal LOXO-292, which has sig­nif­i­cant com­mer­cial po­ten­tial in pa­tients with NSCLC. Up­on the an­nounce­ment, Stifel an­a­lysts sug­gest­ed the trans­ac­tion was strate­gic con­sid­er­ing Al­im­ta has lost patent pro­tec­tion in parts of Eu­rope and is thought to soon be los­ing US ex­clu­siv­i­ty: “(A)pprox­i­mate­ly 55-60% of the end-mar­ket for LOXO-292 – the val­u­a­tion cen­ter­piece of this trans­ac­tion per LLY – is rep­re­sent­ed by RET-fu­sion NSCLC and thus rep­re­sents a read­i­ly-ac­ces­si­ble op­por­tu­ni­ty re­quir­ing min­i­mal in­fra­struc­ture build-out.”