With an­oth­er $148M in the bank, Gy­ro­scope Ther­a­peu­tics looks to hus­tle its AMD gene ther­a­py through mid-stage tests

A month and a half lat­er, Gy­ro­scope Ther­a­peu­tics’ Phase I/II win for its dry-AMD gene ther­a­py is al­ready pay­ing off. On Fri­day, the biotech took the wraps off a $148 mil­lion Se­ries C round to ad­vance the can­di­date through two Phase II tri­als in pa­tients with a de­bil­i­tat­ing eye dis­or­der that caus­es grad­ual and per­ma­nent blind­ness.

Spark’s cost­ly Lux­tur­na made waves when it be­came the first gene ther­a­py ap­proved for in­her­it­ed blind­ness back in 2017. Since then, oth­er gene ther­a­pies for rare eye dis­or­ders have ad­vanced in de­vel­op­ment — but none have been ap­proved for dry, age-re­lat­ed mac­u­lar de­gen­er­a­tion (AMD), a lead­ing cause of blind­ness in peo­ple over 50 years old. About 85% to 90% of peo­ple with AMD have the dry type, ac­cord­ing to Gy­ro­scope.

“We re­cent­ly an­nounced en­cour­ag­ing Phase I/II clin­i­cal tri­al da­ta with our lead in­ves­ti­ga­tion­al gene ther­a­py, GT005, that give us con­fi­dence in its po­ten­tial as a treat­ment for ge­o­graph­ic at­ro­phy and are con­tin­u­ing to ad­vance our Phase II clin­i­cal pro­gramme,” CEO Khurem Fa­rooq said in a state­ment. 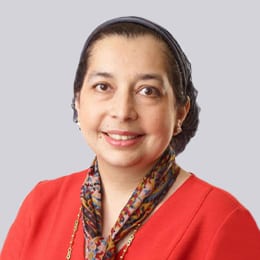 “With the ex­pan­sion of the Board it is the right time for Do­minic (Schmidt) to step down from his po­si­tion as Di­rec­tor. We thank Do­minic for his key role in the launch and growth of Gy­ro­scope and his sup­port of the Com­pa­ny,” chief in­vest­ment of­fi­cer Chris Hol­lowood wrote in a state­ment.

Last month, Wa­heed told us the Phase I/II FO­CUS tri­al would fin­ish en­roll­ment by the end of 2021, and that the team was “on track” to fill out en­roll­ment in the two Phase II ef­fi­ca­cy tri­als.

A cor­rec­tion has been made to re­flect that Lux­tur­na is the on­ly oc­u­lar gene ther­a­py cur­rent­ly ap­proved.

With an­oth­er $148M in the bank, Gy­ro­scope Ther­a­peu­tics looks to hus­tle its AMD gene ther­a­py through mid-stage tests