In their Q3 call on Thurs­day CEO Jean-Jacques Bi­en­aimé out­lined the biotech’s Phase III game plan for this drug, which now has a nick­name — val­rox — as well as high ex­pec­ta­tions for a rel­a­tive­ly speedy trip down the aisle to reg­u­la­tors. 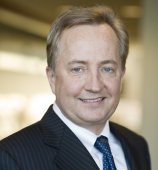 “Cou­pled with the EU prime des­ig­na­tion grant­ed ear­li­er this year by the EMA, (the BTD) demon­strates a strong sup­port of Glob­al Health Au­thor­i­ty for our prod­uct and its ex­pe­dit­ed de­vel­op­ment,” said the CEO.

Much of the gene ther­a­py work in this field has fo­cused on he­mo­phil­ia B, but Bio­Marin isn’t alone. Pfiz­er signed up for a part­ner­ship with Sang­amo ear­li­er this year, though they are well be­hind Bio­Marin in the hunt.

Their key da­ta so far has been good to great.