It’s not un­usu­al for in­vestors to qui­et­ly seed a stealth biotech long enough to see if they’re on to some­thing, then de­but the com­pa­ny with a Se­ries A. In Vi­vace Ther­a­peu­tics’ case, the West Coast biotech wait­ed for the Se­ries B, flesh­ing out a lead pro­gram and a plat­form tech­nol­o­gy to help it stand out in a crowd of star­tups.

In the process, back­ers have ex­pand­ed the syn­di­cate to in­clude a line­up of transpa­cif­ic in­vestors drawn to a com­pa­ny with roots in Chi­na as well as Cal­i­for­nia, spawn­ing a new kind of vir­tu­al com­pa­ny with a hand­ful of full­time staffers and some high-pro­file sci­en­tif­ic founders with their own cross-cul­tur­al back­grounds that fit this com­pa­ny per­fect­ly. 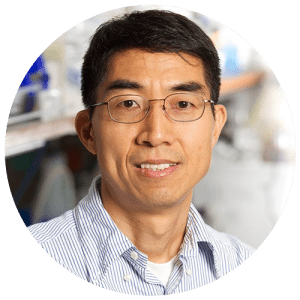 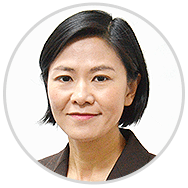 The CEO is Sofie Qiao, who spent time as man­ag­ing di­rec­tor at WuXi Ven­tures, the ven­ture arm of WuXi CEO Ge Li, who runs a large CRO that’s been lend­ing con­sid­er­able as­sis­tance on the con­tract­ing side as the biotech gets es­tab­lished. Qiao brought in Leonard Post as CSO, a log­i­cal pick af­ter the two built Lead Ther­a­peu­tics, the com­pa­ny that first de­vel­oped ta­la­zoparib, a PARP in­hibitor that was scooped up by Bio­Marin, lat­er ac­quired by Medi­va­tion and then bagged by Pfiz­er in a $14 bil­lion buy­out.

“We de­cid­ed to put the mon­ey in it and see how it goes,” Qiao re­calls in telling me the sto­ry about the ear­ly days. “In the past two years we have made a lot of progress.”

Post tells me they start­ed off with an in­hi­bi­tion ef­fort, lat­er adding an ac­ti­va­tor as well. “That was not an easy thing to do,” he notes. There are no ob­vi­ous drug­gable tar­gets in the path­way, he adds, but they do have com­pounds that are do­ing the trick in pre­clin­i­cal work, which is about as de­tailed as he wants to get right now.

All the founders in Vi­vace were born in Chi­na, but have deep aca­d­e­m­ic and fi­nan­cial ties in the US. Now they are wel­com­ing Cen­o­va Cap­i­tal as the lead in­vestor in the B round, in­clud­ing Se­quoia Cap­i­tal Chi­na in a syn­di­cate that count­ed Tim Shan­non at Canaan, WuXi Health­care Ven­tures and Mis­sion Bay Cap­i­tal.

Vi­vace has a staff of 6 now, which may grow just a bit. Qiao and Post sound hap­py with their ex­pe­ri­ence run­ning a cap­i­tal-ef­fi­cient vir­tu­al biotech with help in Chi­na, a mod­el they first pur­sued at Lead. They want to im­prove on that mod­el, not break the mold.