With ma­jor fund­ing from No­var­tis, Sur­face On­col­o­gy launch­es a CD47 tri­al amid a swarm of ri­vals and files for $75M IPO

With a lead can­cer drug now in the clin­ic in pur­suit of a trendy tar­get, biotech start­up Sur­face On­col­o­gy is mak­ing a bid for IPO glo­ry, boast­ing of a heavy­weight al­ly that’s been pro­vid­ing much of the op­er­at­ing cash. 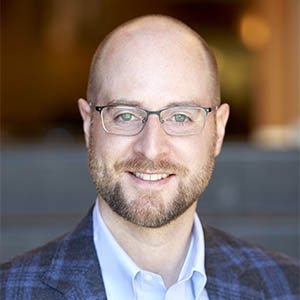 The biotech filed its S-1 late Fri­day, pen­cil­ing in $75 mil­lion as the goal while out­lin­ing close to $200 mil­lion in back­ing — the li­on’s share com­ing from its close part­ner No­var­tis.

Their deal with No­var­tis al­so orig­i­nal­ly in­clud­ed $1.17 bil­lion in mile­stones, which wasn’t dis­closed at the sign­ing time, though the phar­ma gi­ant al­so dropped two of the four po­ten­tial op­tions it had signed up for. No­var­tis will al­so help out with the IPO, pur­chas­ing $11.5 mil­lion more in stock.

Sur­face had burned through $74 mil­lion of its cash by the end of last year, with 56 staffers.

Ini­tial­ly fo­cused on CD47, a “don’t-eat-me” tar­get that has whipped up a line­up of con­tenders, No­var­tis ul­ti­mate­ly passed on that pro­gram and left world­wide rights to the Phase I as­set to Sur­face. Sur­face al­so owns the CD-39 pro­gram.

“As we dis­cussed last year, it is crit­i­cal in the im­mune-on­col­o­gy field to ‘skate to where the puck will be’, that is, to ad­dress the ques­tion of what is be­yond PD-1 and oth­er T-cell, check­point in­hibitors,” Si­gal not­ed to me back in ear­ly 2016, when No­var­tis signed on. But they’re by no means the on­ly biotech with the same ap­proach.

Com­pet­i­tive? The burst of in­vest­ment in im­muno-on­col­o­gy has left Sur­face with a long ros­ter of ri­vals. Their list in­cludes the fol­low­ing ex­am­ples:

Not every­thing has gone com­plete­ly ac­cord­ing to plan at Sur­face. Found­ing CEO Dnetlev Bin­iszkiewicz re­signed with­out ex­pla­na­tion last fall, re­placed by the CBO, Jeff Goater. Goater now is in line for a $465,000 an­nu­al salary plus op­tions, which brought his com­pen­sa­tion pack­age last year to $1.4 mil­lion.

With ma­jor fund­ing from No­var­tis, Sur­face On­col­o­gy launch­es a CD47 tri­al amid a swarm of ri­vals and files for $75M IPO