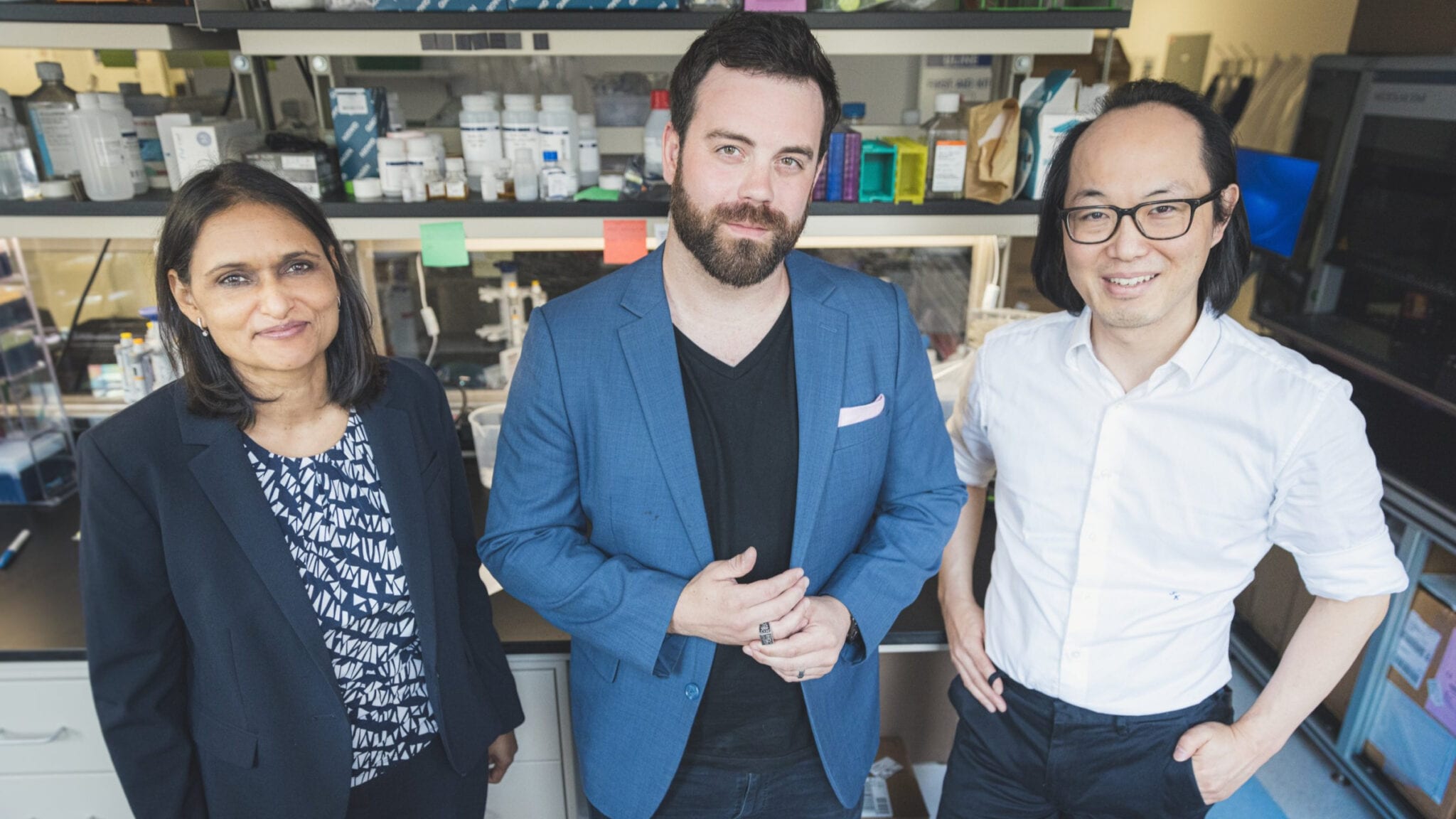 The time of mR­NA is in full swing as Mod­er­na and Pfiz­er/BioN­Tech have blown the doors off the field. But in drug de­vel­op­ers’ eyes, cur­rent-gen mR­NA vac­cines are just an ap­pe­tiz­er to the full course of ther­a­peu­tics fur­ther down the menu — at least that’s what two for­mer MIT re­searchers with syn­thet­ic bi­ol­o­gy roots are gam­bling on.

The com­pa­ny’s syn­bio plat­form serves a dual pur­pose of al­low­ing tight con­trol over RNA self-repli­ca­tion, en­sur­ing the ther­a­py is on­ly around in the cell as long as it needs to be.

All that, ul­ti­mate­ly, means one drug could the­o­ret­i­cal­ly have an ef­fect on a range of dis­ease types — par­tic­u­lar­ly in a het­ero­ge­neous ther­a­peu­tic area such as can­cer. No sur­prise, then, that can­cer is ex­act­ly where Strand is aim­ing first.

The biotech is hop­ing to take its lead drug, which is fo­cused in the sol­id tu­mor I/O space in­to the clin­ic by 2022. The com­pound is the tar­get of a li­cens­ing pact with Chi­nese drug­mak­er BeiGene, which has pledged to cov­er some de­vel­op­ment and com­mer­cial­iza­tion costs in the re­gion. Can­cer is no easy area to jump head­first in­to, but it is a prof­itable one. Be­craft high­light­ed the field’s well-es­tab­lished bi­ol­o­gy as ripe with big tar­gets for Strand’s drugs.

“I think can­cer is a great first tar­get for things like the next gen­er­a­tion of RNA ther­a­peu­tics be­cause can­cer has a lot of known tar­gets and known bi­ol­o­gy for ther­a­peu­tic in­ter­ven­tion,” Be­craft said. “It just gives you a great start­ing point to de­vel­op a new plat­form. Can­cer kills peo­ple; we got­ta do some­thing.”

Be­craft said his com­pa­ny would look to sign sim­i­lar deals in the com­ing months, aim­ing to sign on “high­ly strate­gic” part­ners to ad­vance Strand’s pipeline and com­mer­cial op­por­tu­ni­ties.

It’s the first go-round as CEO for Be­craft, who made the jump straight from MIT as he worked to build Strand in stealth mode along­side Ki­ta­da start­ing in 2018. He said his first pri­or­i­ties are dri­ving the com­pa­ny’s lead pro­gram ahead while build­ing the pipeline and adding a strong team around him. The com­pa­ny is cur­rent­ly on a hir­ing spree with 25 on board and hopes to hit as many as 80 em­ploy­ees as it nears the clin­ic, Be­craft said.