The fail­ure touched off a rout among in­vestors as the stock plunged more than 30%, carv­ing in­to a mar­ket cap of $104 mil­lion.

Now that the mid-stage pro­gram is gone, Aridis CEO Vu Truong — a Med­Im­mune vet — says they will fo­cus on their Phase III ther­a­py AR-301, al­so for VAP. The in­ter­im da­ta is due in the first half of next year.

→ A cou­ple months af­ter NASH hope­ful Gen­fit was award­ed or­phan drug sta­tus by US and EU reg­u­la­tors for its ex­per­i­men­tal drug, elafi­bra­nor, to treat pa­tients with pri­ma­ry bil­iary cholan­gi­tis (PBC), CEO Jean-François Mouney is hand­ing the reins to Pas­cal Prignet — who joined the com­pa­ny less than a year and a half ago from GSK as EVP of mar­ket­ing and com­mer­cial de­vel­op­ment. Mouney will re­main as chair­man of the com­pa­ny’s board of di­rec­tors. 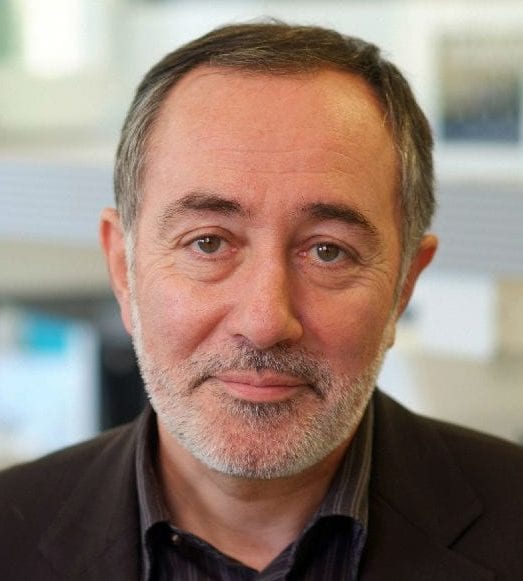 Prignet joined the com­pa­ny in May 2018 af­ter var­i­ous stints at Eli Lil­ly and GSK, where he ran their US vac­cines di­vi­sion. In ad­di­tion, the com­pa­ny an­nounced that they will be adding three new board mem­bers (cur­rent­ly uniden­ti­fied) in the next eight to nine months to help steer the com­pa­ny to­wards a stronger pres­ence in the US.

→ T cell ther­a­py play­er Im­munotech Bio­pharm has filed for an IPO in Hong Kong. The list­ing would rep­re­sent the next chap­ter in its sin­gle mis­sion to ad­vance cel­lu­lar im­munother­a­py for can­cer in Chi­na, the com­pa­ny wrote, which be­gan back in 2006. Its lead prod­uct can­di­date, EAL — which con­sists of au­tol­o­gous CD8+ T cells ac­ti­vat­ed and ex­pand­ed ex vi­vo — is cur­rent­ly in a 272-pa­tient Phase II clin­i­cal tri­al for post­sur­gi­cal liv­er can­cer, a preva­lent in­di­ca­tion in Chi­na.

With R&D and man­u­fac­tur­ing sites in Bei­jing as well as a re­search cen­ter in Ko­rea, the com­pa­ny is al­so seek­ing to bring sev­er­al CAR-T treat­ments in­to the clin­ic — the fron­trun­ner be­ing an an­ti-CD19 prod­uct. One of the oth­ers tar­get­ing BC­MA would pit Im­munotech against Leg­end Biotech, a J&J-part­nered play­er owned by CRO Gen­Script (al­so list­ed on HKEX).

The IPO is ex­pect­ed to bring in $100 mil­lion to $200 mil­lion, Reuters‘ IFR re­port­ed. Wang Yu, who had shaped the com­pa­ny as it is known to­day from a pre­de­ces­sor firm dubbed Bei­jing Yong­tai, con­tin­ues to lead Im­munotech’s team of 110 as CEO and co-chief tech­nol­o­gy of­fi­cer.