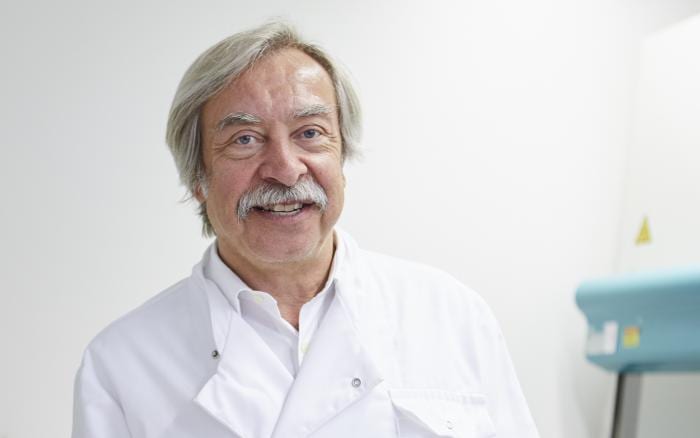 The re­sults formed the foun­da­tion of a Ger­man biotech dubbed Im­muno­Qure, which lat­er inked a part­ner­ship with France’s Servi­er to pur­sue an au­toan­ti­body that found to neu­tral­ize in­ter­fer­on-α. Servi­er pledged up to €164 mil­lion to the deal. 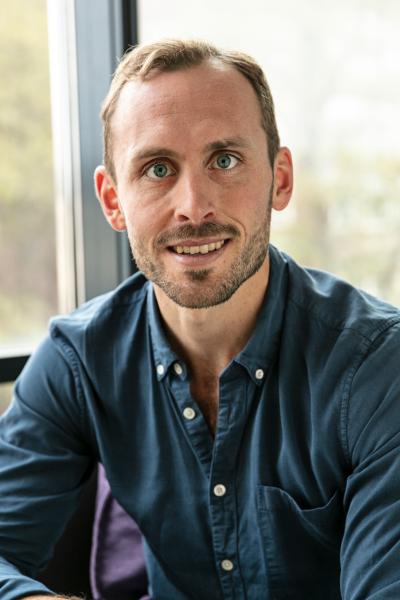 It al­so piqued the in­ter­est of Nils Lan­de­gren, a pro­fes­sor at the Karolin­s­ka In­sti­tute who’s spent years de­cod­ing the au­toim­mune reg­u­la­tor gene (AIRE) and its de­fi­cien­cy. While he’s helped iden­ti­fy a num­ber of bona fide au­toanti­gens in au­toim­mune poly­en­docrine syn­drome type 1, the vast num­ber of au­toan­ti­bod­ies iden­ti­fied in the Cell pa­per caught him by sur­prise. And he want­ed to see if there was re­al­ly a link be­tween one of the known au­toanti­gens to Type 1 di­a­betes. So he took a cou­ple of ex­ist­ing datasets and then ran his own analy­sis with a team from Swe­den and the US.

“We could show that us­ing ran­dom da­ta, we got ba­si­cal­ly the same re­sult they did,” Lan­de­gren told Med­Scape. “We have a very strong case their re­sults are false.”

In a re­sponse to the pa­per, Hay­day stood by his re­sults and the meth­ods brought in­to ques­tion, coun­ter­ing that “flaws in de­sign and im­ple­men­ta­tion in­val­i­date this chal­lenge.”

To be sure, the 2016 pa­per had a stat­ed in­ter­est in find­ing pa­tients’ “pri­vate au­toan­ti­body reper­toire” — which might not be shared with oth­ers.

“When you un­der­take a sta­tis­ti­cal treat­ment of da­ta, there is no sil­ver bul­let, you have to use what makes sense,” he said to Med­Scape.

Writ­ing in eLife — where they went af­ter get­ting turned down by Cell — Lan­de­gren re­port­ed strong neu­tral­iza­tion of type 1 IFN in all APS1 sam­ples, not just the ones from di­a­bet­ics (a find­ing that Hay­day dis­missed as a re­sult of a “shod­dy ex­per­i­ment” con­duct­ed with less sen­si­tive meth­ods.)

Now Brii Bio is unveiling some more good news: It’s partnering with the researchers behind that paper from Tsinghua and 3rd People’s Hospital of Shenzhen to bring some of those antibodies to the clinic.

CRISPR pioneer Jennifer Doudna and her team at UC Berkeley’s Innovative Genomics Institute are pitching in to an industry-wide effort of casting a wide net to diagnose and track Covid-19 within the US.

While the US has rapidly ramped up its testing capacity from an abysmal level — fewer than 100 a day and all conducted by the CDC — in February to tens of thousands daily, governors have warned that they’re still facing shortages. The lack of fast, accurate and widespread testing creates a barrier to building a nationwide surveillance system, which many believe is needed to both understand how the coronavirus is spreading across the country and make key public health decisions.

The Oxford, UK-based company, which is focused on regulating immune cell metabolism to treat cancer and autoimmune diseases, has secured $50 million upfront from the US drugmaker in a deal that will make way for the two companies to collaborate on preclinical autoimmune disease targets identified by Sitryx.

Lilly, which already has its JAK inhibitor Olumiant and IL-17A antagonist Taltz in its immunology portfolio, will also make a $10 million equity investment in Sitryx, and is also on the hook for potential development milestone payments of up to $820 million, as well as commercialization milestones and royalty payments on potential sales.

It may not be the best time to start up a late-stage study unrelated to Covid-19, but AM-Pharma isn’t letting a slight delay derail its overall plan.

The Dutch biotech has been singularly focused on recAP, an anti-inflammatory recombinant human form of an enzyme originally found in cows called alkaline phosphatase.

The one Phase III it believes it needs for approval was scheduled for this summer, funded by a $133 million round last July. Having pushed study initiation to after the summer, AM-Pharma is adding $52 million for the regulatory work needed to prepare for launch, including CMC validation and commercial supply.