Af­ter an epic bat­tle of block­busters, Mer­ck leapfrogs Bris­tol-My­ers to take the lead on PD-1/L1 mar­ket

In one of the most in­tense com­mer­cial and re­search de­vel­op­ment ri­val­ries in bio­phar­ma his­to­ry, Mer­ck’s Keytru­da has edged ahead of Bris­tol-My­ers Squibb’s Op­di­vo for the first time since the show­down got start­ed near­ly 4 years ago. 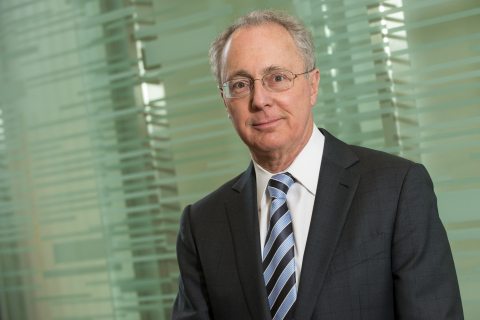 To be sure, Mer­ck has pulled out all the stops in its epic head-to-head strug­gle with Bris­tol-My­ers, which took a big, ear­ly lead. But it’s the R&D team un­der Roger Perl­mut­ter who en­joys the li­on’s share of the cred­it here.

Bris­tol-My­ers made a poor de­ci­sion on how to ini­tial­ly tack­le front­line lung can­cer, and it has yet to cor­rect the im­bal­ance, even af­ter bring­ing in Tom Lynch as the new R&D chief in a post-sna­fu change­up. Mer­ck’s de­ci­sion to shift to a Keytru­da/chemo com­bo opened the door ear­ly to some sig­nif­i­cant changes in the stan­dard of care for front­line lung can­cer. And they’re back­ing that up with the mon­ey train.

A pic­ture is worth a thou­sand words. $MRK $BMY pic.twit­ter.com/UUk­clwmbD0

Mer­ck doesn’t just have Keytru­da in the pipeline, but you could be for­giv­en for think­ing so. At one point re­cent­ly the phar­ma gi­ant count­ed more than 750 clin­i­cal tri­als un­der­way in­volv­ing their PD-1. To be sure, many of those in­volved col­lab­o­ra­tions with lit­tle biotechs who were pay­ing the freight for the work, but it un­der­scores the over­all im­por­tance Mer­ck as­signs to this mega-block­buster.

It al­so spot­lights the ex­plo­sion of work be­ing done among the oth­er con­tenders for the crown as well as all the next-gen check­point work be­ing done, where a whole new gen­er­a­tion of com­pa­nies looks to make their own mark.

This isn’t base­ball, though. Sec­ond place counts for quite a lot in the game of block­busters, and Bris­tol-My­ers team will just dou­ble down as it con­tin­ues to scrap for every ad­van­tage in a glob­al mar­ket.

Af­ter an epic bat­tle of block­busters, Mer­ck leapfrogs Bris­tol-My­ers to take the lead on PD-1/L1 mar­ket