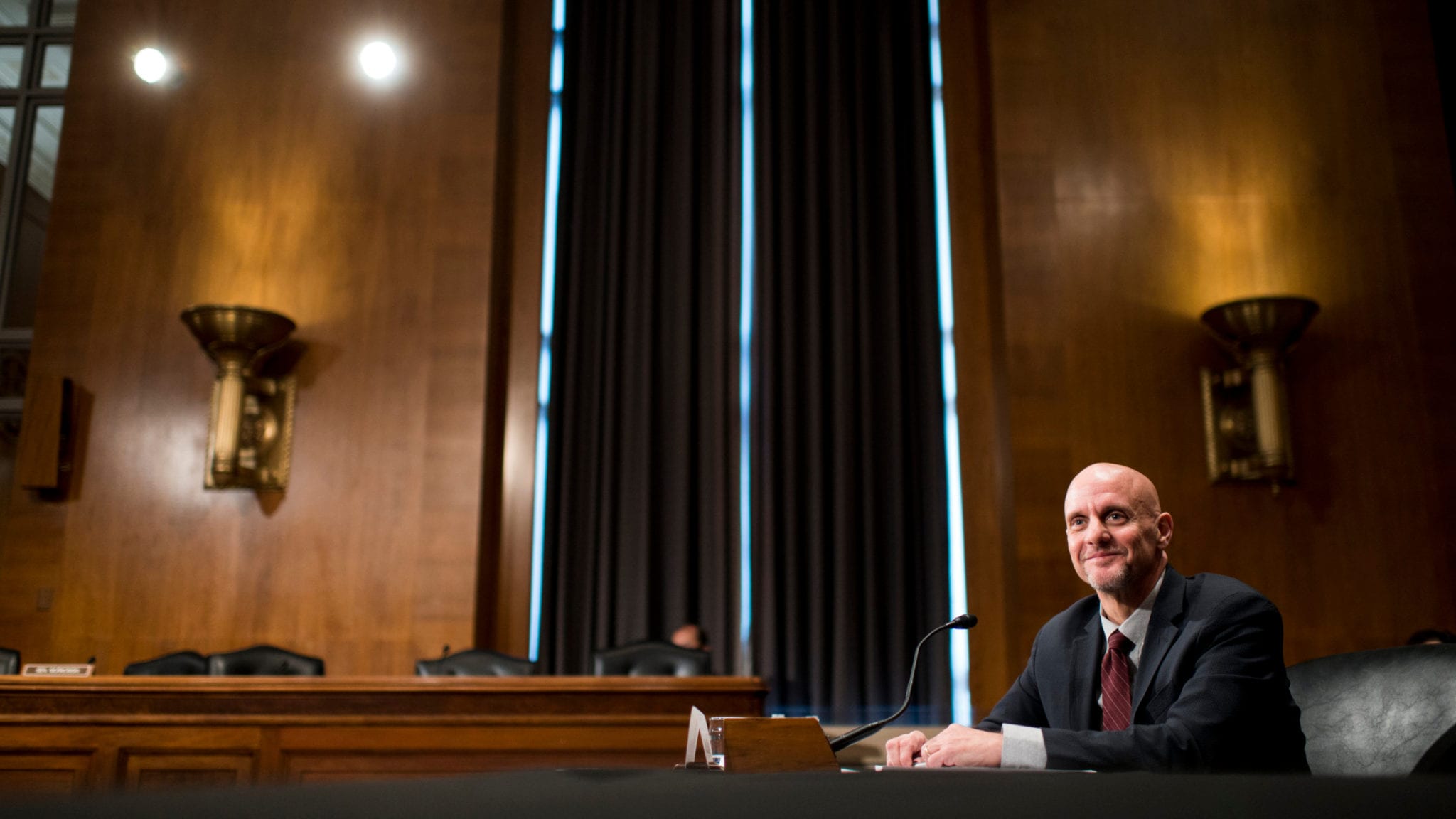 In the end, the out­come of the vote Tues­day morn­ing wasn’t re­al­ly in ques­tion, es­pe­cial­ly con­sid­er­ing the luke­warm op­po­si­tion he faced dur­ing his job in­ter­view dur­ing the Sen­ate hear­ing on the nom­i­na­tion.

When Sharp­less was the fa­vorite, en­dorse­ments were not in short sup­ply. Got­tlieb made it abun­dant­ly clear on Twit­ter that the in­ter­im chief was his pick, while oth­er for­mer FDA lead­ers and pa­tient ad­vo­ca­cy non­prof­its — in­clud­ing Robert Califf and Mar­garet Ham­burg as well as Friends of Can­cer Re­search, the Na­tion­al Brain Tu­mor So­ci­ety and the Leukemia and Lym­phoma So­ci­ety — al­so de­clared their sup­port.

Hahn cur­rent­ly serves as the chief med­ical ex­ec­u­tive of MD An­der­son Can­cer Cen­ter. Un­der his tenure, the Uni­ver­si­ty of Texas re­search and treat­ment fa­cil­i­ty has un­der­gone a ma­jor re­struc­tur­ing to cope with the fi­nan­cial cri­sis of the last decade and Chi­nese staff sci­en­tists have been dis­missed, at a time when the Trump ad­min­is­tra­tion has made its aver­sion to the Asian coun­try ap­par­ent. The clin­i­cian, board-cer­ti­fied in ra­di­a­tion on­col­o­gy, med­ical on­col­o­gy, and in­ter­nal med­i­cine, has wad­ed in­to the realm of con­tro­ver­sy when the fu­ture of MD An­der­son has been in ques­tion — but at his more than two-hour au­di­tion at the Sen­ate last month, a mut­ed Hahn showed up.

He per­sis­tent­ly ex­tolled the virtue of “sci­ence and da­ta con­gru­ent with the law,” but steered clear of tak­ing a stand on the is­sues that are on top of the health care agen­da — from a po­ten­tial ban on fla­vored e-cig­a­rettes to im­port­ing drugs to ad­dress sky­rock­et­ing drug prices.