The new crew in charge of Alex­ion $ALXN is pulling up stakes from New Haven, CT and mov­ing its head­quar­ters to the big bio­phar­ma hub in Boston/Cam­bridge. And the dra­mat­ic move will come with some big lay­offs.

Alex­ion’s HQ is head­ed for a new of­fice build­ing un­der con­struc­tion on the South Boston wa­ter­front, where it’s tak­ing 150,000 square feet. And the Boston Busi­ness Jour­nal re­ports that it will shut­ter a lo­ca­tion it has in Lex­ing­ton, ac­quired in the $8.4 bil­lion Synage­va buy­out — now large­ly writ­ten off as a bust of epic pro­por­tions. 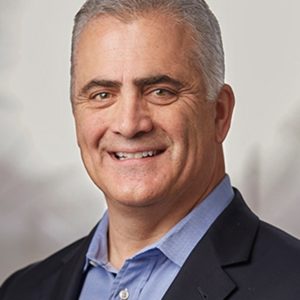 “It’s core for the strat­e­gy to re­build the pipeline,” not­ed CFO Paul Clan­cy, who joined Alex­ion from Bio­gen two months ago. So you can look for­ward to a new stream of deals, most fo­cused on Phase I and Phase II as­sets ahead of proof-of-con­cept da­ta.

Alex­ion is mov­ing fast, plan­ning to re­lo­cate 400 po­si­tions by mid-2018, while leav­ing 450 jobs in New Haven. It’s all part of a three-prong strat­e­gy that in­volves big changes in R&D, a new struc­ture for fa­cil­i­ties with more out­sourc­ing on man­u­fac­tur­ing — all play­ing out over the next 12 months.

“By stream­lin­ing our op­er­a­tions we will cre­ate a lean­er or­ga­ni­za­tion with greater fi­nan­cial flex­i­bil­i­ty that is high­ly fo­cused on de­liv­er­ing for pa­tients, grow­ing our rare dis­ease busi­ness, and both lever­ag­ing our lead­er­ship in com­ple­ment and pur­su­ing dis­ci­plined busi­ness de­vel­op­ment to ex­pand the pipeline,” said Hantson. “These types of changes are dif­fi­cult and we rec­og­nize that they have a per­son­al im­pact on peo­ple who have been ded­i­cat­ed to the mis­sion of Alex­ion.”

Alex­ion faces a se­ri­ous chal­lenge, re­ly­ing for the bulk of its rev­enue on Soliris, one of the world’s most ex­pen­sive ther­a­pies, with a weak pipeline to back it up in of­fer­ing new drugs when its patents start to ex­pire.

Tesla and SpaceX founder Elon Musk gestures to the audience after being recognized by President Trump following the successful launch of a Falcon 9 rocket at the Kennedy Space Center. (via Getty Images)
July 2, 2020 06:30 AM EDTUpdated 8 hours ago
People
Coronavirus