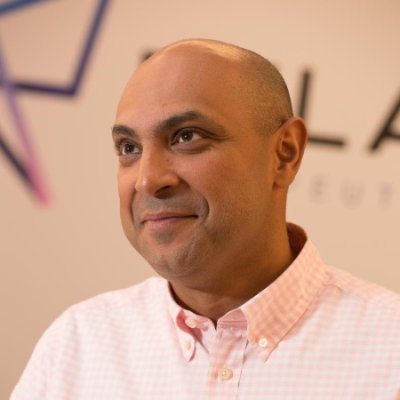 → Third Rock Ven­tures has re­cruit­ed Al­ler­gan’s chief strat­e­gy of­fi­cer, San­jiv Pa­tel, to take the helm at its start­up Re­lay Ther­a­peu­tics. As is com­mon with Third Rock cre­ations, one of the part­ners took the in­ter­im CEO po­si­tion. Now Alex­is Borisy will step up to the chair­man’s job as Pa­tel does the heavy lift­ing in man­ag­ing the com­pa­ny. Cleave CEO Lau­ra Shawver and NI­BR vet Markus War­muth are join­ing the board at Re­lay, which is build­ing a plat­form based on pro­tein mo­tion.

→ Lon­don-based Verona Phar­ma has filed to raise about $86 mil­lion in an IPO. The biotech is fo­cused on de­vel­op­ing RPL554, a dual PDE3 and PDE4 in­hibitor aimed at COPD. The com­pa­ny bills this drug as the first new class of bron­chodila­tor in more than 40 years. Re­searchers start­ed a Phase IIa study in 10 cys­tic fi­bro­sis pa­tients last month.

→  For­mer Vice Pres­i­dent Joe Biden turned up at AACR to de­fend NIH fund­ing from cuts pro­posed by the Trump ad­min­is­tra­tion. “This is no time to un­der­cut progress, for God’s sake,” Biden told the au­di­ence, ac­cord­ing to S&P Glob­al’s Don­na Young.  “We are stand­ing on the cusp of de­liv­er­ing the promise of decades of re­search to de­vel­op new tech­nolo­gies and ther­a­pies; on the cusp of fun­da­men­tal­ly trans­form­ing the im­pact of can­cer on our so­ci­ety; on the cusp of sav­ing and ex­tend­ing the lives of Amer­i­cans. It’s time to dou­ble down, time to be sure we can de­liv­er on the promise of sci­ence and tech­nol­o­gy to ex­tend and im­prove lives.”