In a deal an­nounced this morn­ing, Bio­gen agreed to pay $28 mil­lion to ante up on a part­ner­ship on ALKS 8700 that gives the Boston biotech glob­al com­mer­cial­iza­tion rights to the late-stage ther­a­py. That first pay­out cov­ers Bio­gen’s share of the re­search costs in 2017. And Bio­gen ex­pects to shell out $50 mil­lion on the first mile­stone in the deal be­fore the end of the year. That comes with a deal em­bed­ded with $200 mil­lion in mile­stones and mid-teen roy­al­ties on any sales. 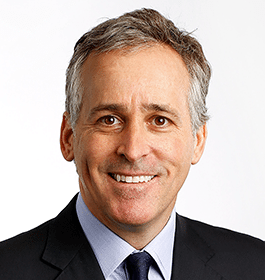 That’s not a lot of cash in the world of late-stage drug part­ner­ing, which may un­der­score some of the mod­est ex­pec­ta­tions Alk­er­mes’ new drug has man­aged to in­spire thus far.

Alk­er­mes’ me-bet­ter pipeline of­ten shoots for new drugs with an im­proved safe­ty pro­file. In this case, they were look­ing for a drug that was just as ef­fec­tive as Tec­fidera but with few­er GI side ef­fects.

Alk­er­mes post­ed some sup­port­ive da­ta from a sin­gle-arm study a month ago, with a dis­con­tin­u­a­tion rate of on­ly 3.7% over three months, but an­a­lysts haven’t al­ways been im­pressed by the drug’s earn­ing po­ten­tial.

(T)he da­ta sug­gest that ALKS8700 could be an ap­prov­able as­set that stands to gar­ner some share in the MS mar­ket if the nec­es­sary mar­ket­ing sup­port and/or pric­ing strat­e­gy is put be­hind it. Even if the im­plied dif­fer­en­ti­a­tion pro­file proved to be more mod­est in a sep­a­rate, on­go­ing, per­haps more com­mer­cial­ly im­por­tant head-to-head study vs Tec­fidera — “EVOLVE-2” — a small amount of share for ‘8700 in the large MS mar­ket cat­e­go­ry could have mean­ing­ful im­pli­ca­tions for the ALKS P&L.