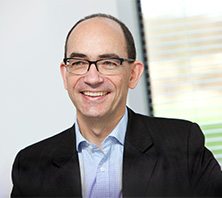 → A lit­tle more than two years ago, Bris­tol-My­ers agreed to ante up $50 mil­lion to get an op­tion on F-star’s ex­per­i­men­tal can­cer drug for HER-2 pos­i­tive can­cers. But now we learned that the biotech gi­ant is tak­ing a pass on that deal, aban­don­ing a set of po­ten­tial pay­outs that rang in at $475 mil­lion. The drug, FS102, is now wrap­ping a Phase I dose-rang­ing study. John Hau­rum, CEO of F-star, com­ment­ed: “Our pro­duc­tive re­la­tion­ship with Bris­tol-My­ers Squibb has gen­er­at­ed valu­able clin­i­cal da­ta sup­port­ing the low im­muno­genic po­ten­tial of Fcabs, as well as a favourable phar­ma­co­ki­net­ic pro­file com­pa­ra­ble to tra­di­tion­al an­ti­bod­ies. The de­ci­sion by Bris­tol-My­ers Squibb has no im­pact on the de­vel­op­ment of our own pipeline and our fo­cus on de­vel­op­ment of bis­pe­cif­ic an­ti­bod­ies in the area of im­muno-on­col­o­gy. We ap­pre­ci­ate the chal­lenges of de­vel­op­ing ther­a­peu­tics in the high­ly-com­pet­i­tive HER2 space, which we are fac­tor­ing in to our as­sess­ment of how to best pro­ceed with the FS102 pro­gramme.”

→ Zymeworks has priced its IPO at $13, rais­ing $59 mil­lion for the com­pa­ny. That’s the low end of the range. A string of biotechs are ma­neu­ver­ing in­to the pub­lic mar­ket this month, mark­ing a dis­tinct uptick in IPO ac­tiv­i­ty.