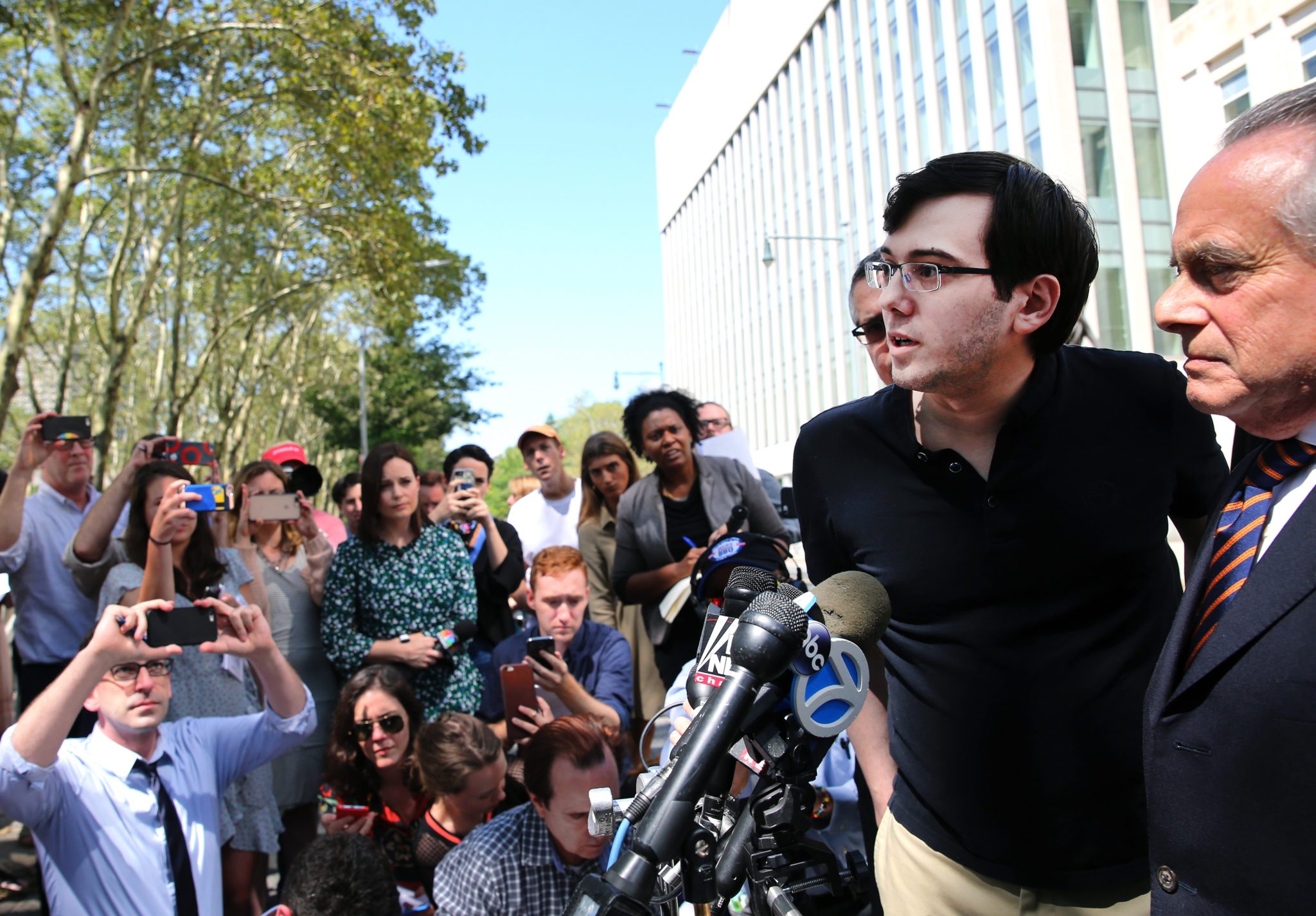 The judge in Shkre­li’s felony fraud case has or­dered the phar­ma bro to jail, act­ing on a re­quest from pros­e­cu­tors af­ter Shkre­li of­fered a $5,000 boun­ty on a lock of Hillary Clin­ton’s hair, which they said rep­re­sents a se­ri­ous threat that re­quires the judge to re­voke his bail and lock him up now.

Shkre­li, who has brand­ed him­self one of so­cial me­dia’s most no­to­ri­ous trolls, was con­vict­ed on three felony fraud counts — while he was ex­on­er­at­ed on the most dam­ag­ing charges. In the end, he now faces up to 20 years for ly­ing to in­vestors in his hedge funds, though he lat­er made up for their loss­es.

“That is a so­lic­i­ta­tion to as­sault in ex­change for mon­ey that is not pro­tect­ed by the First Amend­ment,” said Judge Kiyo A. Mat­sumo­to, ac­cord­ing to a re­port in The New York Times. Par­tic­u­lar­ly damn­ing was this post in clas­sic Shkre­li scorn af­ter he claimed to be push­ing satire:

“One on­go­ing con­cern of mine is that he has been tout­ed as a bril­liant young man, the mind of his gen­er­a­tion, yet he lacks the abil­i­ty to un­der­stand what’s ap­pro­pri­ate,” Mat­sumo­to said of Shkre­li, ac­cord­ing to the New York Post.

It doesn’t bode well. For now, it looks like Shkre­li will be cool­ing his heels and eat­ing jail meals for the next few months. No more so­cial me­dia.