A se­ries of se­vere cas­es of cy­tokine re­lease syn­drome forced Austin, TX-based Mir­na Ther­a­peu­tics to shut down a Phase I study of its lead mi­croR­NA drug, MRX34. Mir­na al­so opt­ed not to start an­oth­er study un­til it can an­a­lyze the sit­u­a­tion. Their shares $MIRN cratered in the news, drop­ping 23%. “We made the dif­fi­cult de­ci­sion to close the study af­ter a fifth, im­mune-re­lat­ed se­ri­ous ad­verse event was re­cent­ly re­port­ed by one of our clin­i­cal sites,” not­ed CEO Paul Lam­mers. “This pa­tient ex­pe­ri­enced se­vere (Grade 4) cy­tokine re­lease syn­drome and is un­der­go­ing treat­ment. We have no­ti­fied the U.S. FDA and the Ko­re­an FDA of our de­ci­sion and are in the process of clos­ing the tri­al.”

Cam­bridge, UK-based Ar­tios Phar­ma is launch­ing with a $33.2 mil­lion ven­ture round led by SV Life Sci­ences. The biotech is run by Niall Mar­tin, an ex­pe­ri­enced PARP play­er, who is fo­cused on ad­vanc­ing drugs that de­rail the nat­ur­al DNA re­pair mech­a­nisms in place that can al­low can­cer to spread. The com­pa­ny in-li­censed two DDR pro­grams from Can­cer Re­search Tech­nol­o­gy and plans to ad­vance the first in­to the clin­ic with the A round. 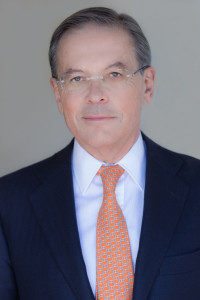 Kite Phar­ma­ceu­ti­cals, one of the lead­ers of the CAR-T de­vel­op­ment race, has forged a li­cens­ing deal with the NIH cov­er­ing TCR drugs for KRAS mu­tat­ed anti­gens. The deal paves the way to clin­i­cal stud­ies, which Kite says will get un­der­way this year. “Kite has tak­en an im­por­tant step to­ward build­ing the first ther­a­peu­tic fran­chise of its kind for can­cers dri­ven by KRAS mu­ta­tions and has fur­ther ex­pand­ed its ef­forts in build­ing a TCR port­fo­lio across key class­es of anti­gens, in­clud­ing can­cer testis and vi­ral anti­gens,” said Kite CEO Arie Bellde­grun.

Zaf­gen’s shares were buoyed af­ter the Boston-based biotech said it had be­gun dos­ing pa­tients in a Phase I study of ZGN-1061. The biotech’s lead weight drug im­plod­ed in a late stage study re­cent­ly, forc­ing the com­pa­ny to start over with a pre­clin­i­cal next-gen ther­a­py.