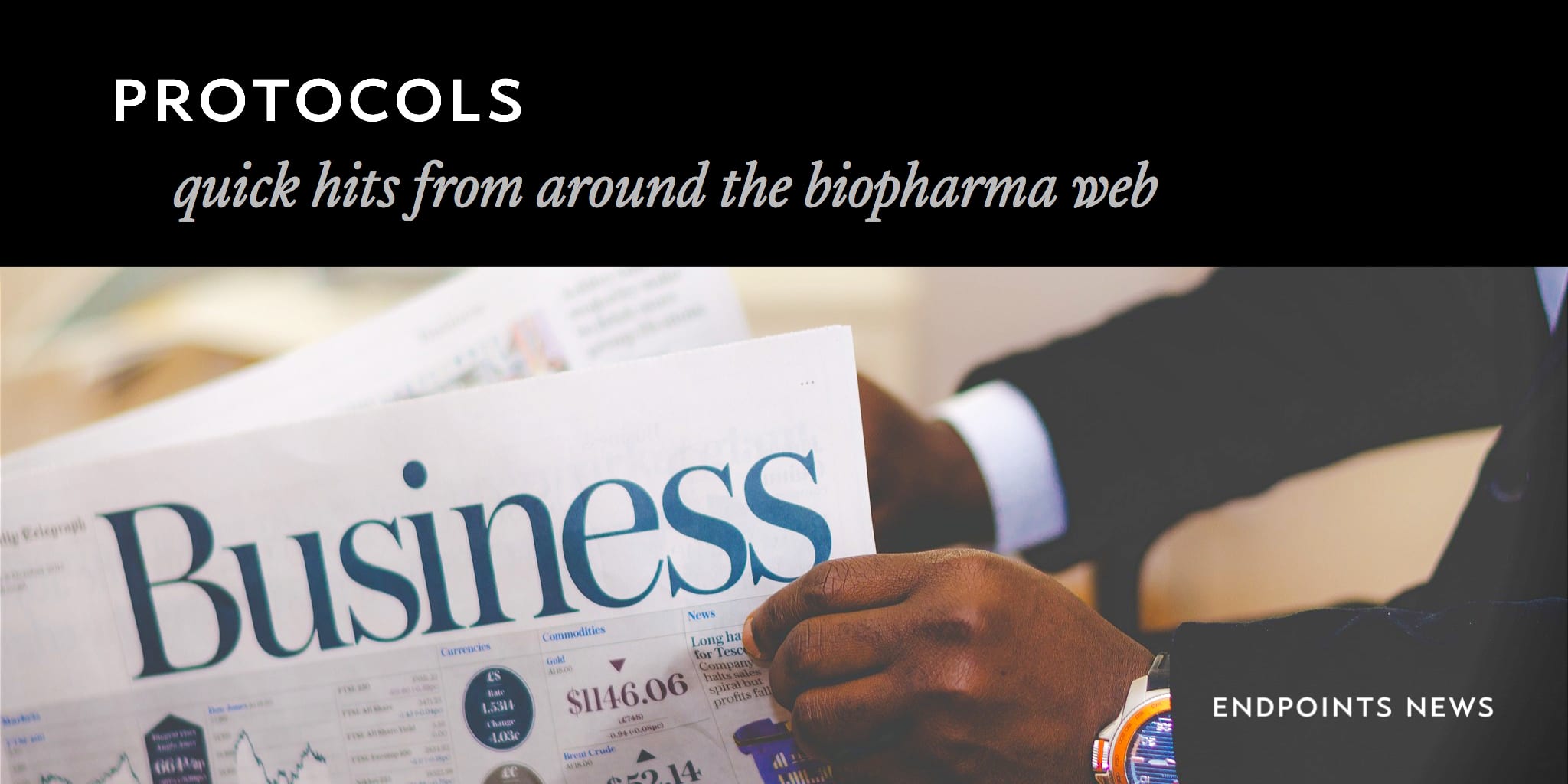 →  Io­n­is earned a $50 mil­lion mile­stone pay­ment from Bio­gen to­day as Spin­raza be­came the first ap­proved treat­ment for spinal mus­cu­lar at­ro­phy in the Eu­ro­pean Union. So far the com­pa­ny has earned $375 mil­lion from Bio­gen re­lat­ed to Spin­raza and is still slat­ed to re­ceive tiered roy­al­ties on glob­al sales of the drug. The com­pa­ny has pre­vi­ous­ly faced a back­lash over the drug’s price tag in the Unit­ed States.

→ Pen­ny biotech stock Thresh­old Phar­ma­ceu­ti­cals $THLD has sold off its AKR1C3-tar­get­ing drug TH-3424 to Tai­wan’s OBI Phar­ma for a sin­gle, undis­closed pay­ment. Thresh­old shares were crushed two years ago by a pair of key tri­al fail­ures. Its on­ly oth­er drug in the pipeline is evo­fos­famide, which is in a slate of stud­ies af­ter fail­ing in Phase III at Mer­ck KGaA.

→   The Eu­ro­pean Com­mis­sion grant­ed Bio­Marin mar­ket­ing au­tho­riza­tion for Brineu­ra (cer­liponase al­fa), the first treat­ment ap­proved in the Eu­ro­pean Union for the treat­ment of neu­ronal ceroid lipo­fus­ci­nosis type 2 (CLN2). The FDA grant­ed ap­proval for the drug, one of the most ex­pen­sive on the mar­ket, at the end of April.