Five years ago, On­coMed $OMED looked like one of the hottest on­col­o­gy com­pa­nies in the US, bask­ing in the glow of a multi­bil­lion-dol­lar deal with the go-go team at Cel­gene. 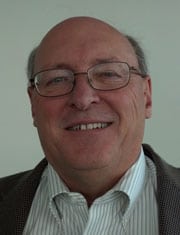 Com­pa­ny ex­ecs said Cel­gene’s de­ci­sion to hand back world­wide rights was dri­ven by “strate­gic prod­uct port­fo­lio con­sid­er­a­tions.” There are two more drugs left in the pact: etig­ilimab and ros­man­tuzum­ab.

Back when On­coMed signed up with Cel­gene, its shares were trad­ing at more than $29. This morn­ing it will start trad­ing at about 10% of that fig­ure, with a much di­min­ished mar­ket cap of $107 mil­lion.

“While we are dis­ap­point­ed in Cel­gene’s de­ci­sion, we thank them for the pro­duc­tive in­ter­ac­tions in eval­u­at­ing navi­cix­izum­ab, and we re­spect their de­ci­sion giv­en their pipeline pri­or­i­ti­za­tion and fo­cus,” said CEO John Lewic­ki, who added that he’s re­view­ing his prospects with the drug.