Ei­sai’s bet on a bet­ter in­som­nia drug, whose symp­toms af­fect up to a third of all adults, has been re­ward­ed by the FDA with an ap­proval. But with safe­ty be­ing a big is­sue for sleep drugs, the new ther­a­py faces an up­hill climb to gain ac­cep­tance with doc­tors and pa­tients. 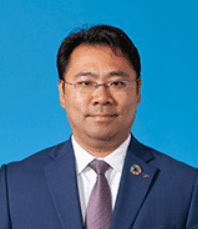 “Those oth­er com­pounds are in clin­i­cal de­vel­op­ment — they have shown some­thing, and haven’t shown every­thing,” Ivan Che­ung, chief of neu­rol­o­gy of Ei­sai US, em­pha­sized to End­points, re­fer­ring to sleep on­set, sleep main­te­nance, next morn­ing safe­ty mea­sure­ments, ef­fi­ca­cy over 6 months and safe­ty over 12 months.

“Of course, I’m al­ways about more treat­ment op­tions for more pa­tients,” he said. “All I can say is that it is not an easy task even if you think you have a great mech­a­nis­tic drug to check all those box­es, and I think we’ve checked off a lot of box­es.”

Che­ung did not of­fer any de­tail on the com­pa­ny’s pric­ing plans for the drug in in­som­nia.