BeiGene has been any­thing but shy about its US ex­pan­sion plans cen­tered around blood can­cer drug Brukin­sa. To see those plans through, BeiGene will have to go right at Ab­b­Vie and J&J’s Im­bru­vi­ca, and Brukin­sa now has one more ar­row in its quiver as part of that bat­tle.

The FDA on Wednes­day ap­proved BTK in­hibitor Brukin­sa to treat Walden­ström’s macroglob­u­line­mia, a rare form of lym­phoma, af­ter the drug aced a head-to-head show­down with Im­bru­vi­ca, the on­ly oth­er drug ap­proved for that dis­ease, BeiGene said in a re­lease.

The agency based its re­view on da­ta from the Phase III AS­PEN study, which pit­ted Brukin­sa against Im­bru­vi­ca on a pri­ma­ry end­point of a very good par­tial re­sponse (VG­PR) as judged by an in­de­pen­dent re­view com­mit­tee. BeiGene’s drug post­ed a VG­PR rate of 28% com­pared with 19% for Im­bru­vi­ca by one cri­te­ri­on, and an­oth­er mea­sure saw rates of 16% for Brukin­sa and 7% for Im­bru­vi­ca.

This is now the sec­ond ap­proval for Brukin­sa in the US and comes as BeiGene looks to great­ly ex­pand its foot­print state­side. To do so, the com­pa­ny has tak­en the fight right at Im­bru­vi­ca, look­ing to steal mar­ket share away from the block­buster hema­tol­ogy drug from Ab­b­Vie and J&J to help fu­el its own ex­pan­sion. 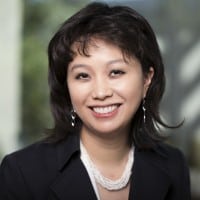 “With 11 reg­u­la­to­ry ap­provals in un­der two years, in­clud­ing two in the U.S., Brukin­sa is demon­strat­ing its grow­ing util­i­ty as a treat­ment op­tion for B-cell ma­lig­nan­cies and ex­pand­ing its foot­print to po­ten­tial­ly ben­e­fit more pa­tients world­wide,” BeiGene’s hema­tol­ogy CMO Jane Huang said in a state­ment. “We will con­tin­ue to eval­u­ate Brukin­sa in its broad glob­al clin­i­cal pro­gram and look for­ward to ad­di­tion­al clin­i­cal ev­i­dence to es­tab­lish its po­si­tion as a po­ten­tial­ly best-in-class med­i­cine.”

The drug in Ju­ly beat a com­bi­na­tion of chemother­a­py ben­damus­tine and Roche’s Rit­ux­an to ex­tend the lives and halt the pro­gres­sion of dis­ease in pa­tients with chron­ic lym­pho­cyt­ic leukemia or small lym­pho­cyt­ic leukemia in a Phase III study. That’s an­oth­er ma­jor Im­bru­vi­ca in­di­ca­tion, and if the com­pa­ny wins FDA ap­proval, it will add to its June 2020 ap­proval for the treat­ment of CLL and SLL in Chi­na. Brukin­sa al­so sports an FDA ap­proval in man­tle cell lym­phoma.