In a rare move, a long-time vet­er­an of the FDA’s phar­ma qual­i­ty and com­pli­ance team is mov­ing over to an In­dia-based gener­ic drug­mak­er with a his­to­ry of non­com­pli­ance. 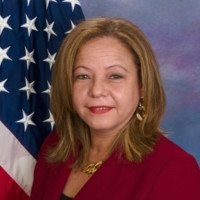 Di­ana Amador-Toro, who spent al­most four decades with FDA in­clud­ing stints as a pro­gram di­rec­tor for the of­fice of phar­ma­ceu­ti­cal qual­i­ty op­er­a­tions, was hired in April by In­di­an gener­ic drug man­u­fac­tur­er Lupin as the com­pa­ny’s se­nior vice pres­i­dent of glob­al com­pli­ance, where she will be han­dling the com­pa­ny’s com­pli­ance func­tion in­clud­ing train­ing, in­ter­nal au­dits and in­ves­ti­ga­tions.

Ac­cord­ing to her LinkedIn, Amador-Toro has amassed well over 36 years of FDA field ex­pe­ri­ence in in­ves­ti­ga­tions and com­pli­ance ac­tiv­i­ties, con­tribut­ing to ICH and FDA guid­ance doc­u­ments as well as hav­ing con­duct­ed GMP and phar­ma­ceu­ti­cal qual­i­ty train­ing in Eu­rope and South Amer­i­ca. Be­fore serv­ing as a pro­gram di­rec­tor, she was re­spon­si­ble for over hun­dreds of field em­ploy­ees in sev­en dis­tricts and three lab­o­ra­to­ries in­clud­ing the ORA’s foren­sic chem­istry cen­ter.

While a few for­mer FDA em­ploy­ees have gone on to work for man­u­fac­tur­ers in the past, as In­dia’s CN­BC af­fil­i­ate high­light­ed, the fact that Lupin was able to net a com­pli­ance of­fi­cer is as ma­jor catch for the man­u­fac­tur­er. How­ev­er, Amador-Tor is join­ing a com­pa­ny that has run afoul with US reg­u­la­tors and has been cit­ed mul­ti­ple times.

And in April, Lupin was slapped with a Form 483 fol­low­ing an in­spec­tion car­ried out at their man­u­fac­tur­ing fa­cil­i­ty in Tara­pur, In­dia.