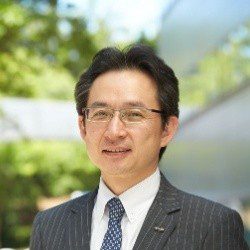 Fu­ji­film Irvine is build­ing a sec­ond US site due to “rapid growth” over the past decade and a pre­dict­ed uptick in de­mand for cell cul­ture me­dia to sup­port more “ad­vanced ther­a­pies.” The Re­search Tri­an­gle Park was se­lect­ed be­cause it’s an “ide­al lo­ca­tion” that can pro­vide sup­ply chain se­cu­ri­ty and a good jump­ing-off point to de­liv­er to its cus­tomers in the re­gion.

Fu­ji­film en­ters an ex­treme­ly hot area for wider biotech and phar­ma man­u­fac­tur­ing. Com­pa­nies such as KBI, Chi­nese cell ther­a­py com­pa­ny CARs­gen and En­zy­vant have all plant­ed their flags and set up man­u­fac­tur­ing op­er­a­tions in the park in the past few years.

Last year Eli Lil­ly an­nounced it was adding the eighth site to its net­work of man­u­fac­tur­ing plants in the US, in­vest­ing $470 mil­lion to be­gin pro­duc­tion of in­jectable prod­ucts and de­liv­ery de­vices in the Re­search Tri­an­gle Park.

Fu­ji­film’s CD­MO, Fu­ji­film Diosynth, is en­gag­ing in sev­er­al projects in the re­gion, as last year it an­nounced it will ex­pand its Bio­Process In­no­va­tion Cen­ter at the Re­search Tri­an­gle Park and dou­ble its ex­ist­ing lab­o­ra­to­ry foot­print in the Tar Heel State, as well as add an­oth­er 145 jobs to the site by 2024 and 89,000 square feet.

Last Oc­to­ber, Fu­ji­film Diosynth broke ground on a $2 bil­lion project on a site to man­u­fac­ture cell cul­tures for bulk drug sub­stances in near­by Hol­ly Springs, NC. That site will have eight 20,000-liter biore­ac­tors, and the po­ten­tial to add an­oth­er 24 in the fu­ture, based on mar­ket de­mand.