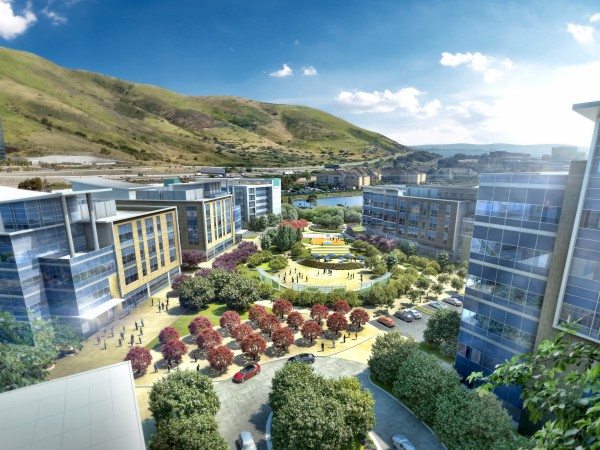 In bio­phar­ma, the big glob­al hubs have be­come ir­re­sistible at­trac­tions as tro­phy lo­ca­tions suck in thou­sands of R&D jobs from the gi­ants as well as star­tups. And As­traZeneca, which has been push­ing an R&D makeover for years now, is once again help­ing to dri­ve that trend by pulling most of its Bay Area ops in­to a gleam­ing new fa­cil­i­ty now un­der con­struc­tion in the South San Fran­cis­co hub.

The staff can now plan to work out of the Cove at Oys­ter Point be­gin­ning in a lit­tle more than a year from now. They’ll be close to Genen­tech, hun­dreds of biotechs and an­oth­er sprawl­ing biotech cam­pus now un­der con­struc­tion by Chi­nese in­vestors. This is the same zone where Mer­ck is scout­ing a new cen­tral cam­pus for all its staffers in the re­gion — part of its own on­go­ing R&D re­or­ga­ni­za­tion.

That strat­e­gy has helped make Boston/Cam­bridge, the Bay Area and Lon­don/Ox­ford/Cam­bridge the three go-to hubs for R&D and the ven­ture cash that sus­tains biotech. Every­one ly­ing out­side the pre­spec­i­fied R&D zones might want to pon­der the longterm im­pli­ca­tions.