Lon­don start­up Or­chard Ther­a­peu­tics is join­ing the ranks of com­mer­cial-stage gene ther­a­py com­pa­nies with a new $110 mil­lion Se­ries B round to take its lead pro­gram through late-stage tri­als.

This week may mark a tide turn­ing for the gene ther­a­py crowd, which has been long-rid­dled by fail­ures and skep­ti­cism. Just yes­ter­day, the FDA rolled out a his­toric ap­proval for Spark Ther­a­peu­tics’ gene ther­a­py for blind­ness. 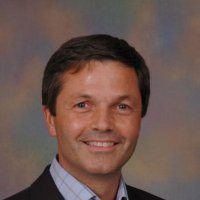 The large fundrais­ing round is no­table con­sid­er­ing Or­chard was just found­ed in 2016 with $33 mil­lion to start with. The com­pa­ny is led by in­di­vid­u­als who worked on GSK’s ADA-SCID gene ther­a­py Strimvelis, and they po­si­tioned Or­chard to take on the Big Phar­ma’s prod­uct. Some of this new cash will go to­wards man­u­fac­tur­ing ca­pa­bil­i­ties.

The cap­i­tal will al­so fu­el Or­chard’s late-stage tri­als. The com­pa­ny’s CEO, Mark Rothera, told Reuters he ex­pects to file a mar­ket­ing ap­pli­ca­tion with the FDA be­fore the end of next year and the drug to be launched in the Unit­ed States and Eu­rope in 2019.