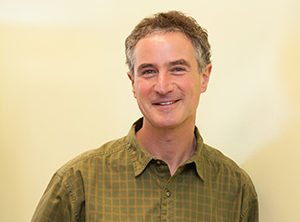 Iron­wood shares jumped 7% on the news.

“Gout is a se­ri­ous and po­ten­tial­ly pro­gres­sive and de­bil­i­tat­ing in­flam­ma­to­ry dis­ease,” says Uni­ver­si­ty of Chica­go’s Michael Beck­er. “Get­ting pa­tients with gout to serum urate goal, and keep­ing them at or be­low goal, are es­sen­tial to suc­cess in treat­ing these pa­tients.”

The drug is ex­pect­ed to ar­rive on the mar­ket ear­ly in the 4th quar­ter, a date Hecht has re­peat­ed­ly promised to in­vestors as the de­ci­sion date loomed.

Ini­tial sales of Zu­rampic (lesin­u­rad), though, have been a dis­ap­point­ment to an­a­lysts so far. Once con­sid­ered a $500 mil­lion drug, the Phase III da­ta came out look­ing a bit messy — though not too messy for an ap­proval — and As­traZeneca punt­ed it along with oth­er dis­ap­point­ments in the pipeline. Iron­wood, which paid on­ly $100 mil­lion up­front for the drug, be­lieves it can po­si­tion this ther­a­py as a win­ner, with Duza­l­lo — adding the stan­dard of care al­lop­uri­nol to its new drug — lend­ing a hand with an easy once-dai­ly dose and a sin­gle co-pay for pa­tients.

Iron­wood founder Pe­ter Hecht, though, en­joys set­ting the bar for the biotech, con­vinced that he’s on track to achiev­ing prof­itabil­i­ty next year as he builds rev­enue for the fran­chise ther­a­py Linzess. He’s stayed up­beat through­out the ups and downs of start­ing and run­ning a biotech, mak­ing the switch from de­vel­op­ment to a full-fledged play­er with R&D and mar­ket­ing in house.