Zosano $ZSAN has of­fi­cial­ly come up short in its bid to de­vel­op a mi­graine patch. 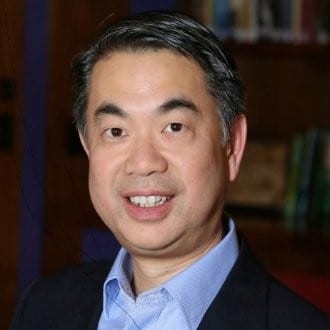 In­vestors did not take too kind­ly to the news, with Zosano shares plunk­ing down around 25%. The com­pa­ny is re­quest­ing a Type A meet­ing to “pro­vide clar­i­ty on the next steps for the pro­gram,” CEO Steven Lo said in a state­ment.

Wednes­day’s re­jec­tion may have al­ready been in the cards for Zosano, as the com­pa­ny not­ed last month that the FDA is­sued a dis­ci­pli­nary let­ter cit­ing high plas­ma con­cen­tra­tion lev­els of zolmitrip­tan in five pa­tients. At the time, Zosano not­ed in a press re­lease that ap­proval for the drug was “not ex­pect­ed.”

Those con­cerns were again list­ed in the CRL, ul­ti­mate­ly mud­dy­ing the wa­ters to in­ter­pret the drug’s safe­ty da­ta. To rec­ti­fy the sit­u­a­tion, the FDA rec­om­mend­ed that Zosano con­duct a re­peat bioe­quiv­a­lence study be­tween three of the lots used dur­ing de­vel­op­ment.

Reg­u­la­tors added in their let­ter that they were un­able to ex­am­ine Qtryp­ta’s man­u­fac­tur­ing line due to re­stric­tions on gov­ern­ment trav­el, Zosano said, but will con­duct such eval­u­a­tions should the com­pa­ny re-sub­mit its ap­pli­ca­tion.

Zosano’s ap­pli­ca­tion for Qtryp­ta was based on a Phase II/III tri­al com­plet­ed in 2017. That study met both its co-pri­ma­ry end­points, with 41.5% of pa­tients treat­ed with the 3.8 mg dose of Qtryp­ta achiev­ing pain free­dom at 2 hours and 68.3% re­port­ing free­dom from their most both­er­some symp­tom al­so at 2 hours.

In a long-term safe­ty study, Zosano said 95% of side ef­fects were mild, and more than 80% re­solved with­in 48 hours. Less than 2% of pa­tients re­port­ed trip­tan-like neu­ro­log­i­cal side ef­fects typ­i­cal­ly found in the class, such as dizzi­ness and pares­the­sia.

Zosano has had a rocky his­to­ry af­ter rais­ing $50 mil­lion for an IPO at the be­gin­ning of 2015. Soon af­ter de­but­ing, the com­pa­ny’s $11 share price was shred­ded when its two big part­ners — Eli Lil­ly and No­vo Nordisk — both pulled out of their col­lab­o­ra­tions. Though the piv­otal Phase III for Qtryp­ta dou­bled Zosano’s stock af­ter the read­out, the com­pa­ny has been in the pen­ny stock range for most of 2020.

Eiger BioPharmaceuticals $EIGR has received an FDA OK for a drug Merck licensed to them at no cost — and now reportedly plans to charge a level consistent with other ultra-rare disease medicines.

The biotech announced Friday evening that regulators had approved lonafarnib for the treatment of Hutchinson-Gilford progeria syndrome, also known as Progeria, as well as some progeroid laminopathies in children older than one year. It’s the first approval granted for the condition, and the drug will be marketed and sold as Zokinvy.