The Mor­risville, NC-based biotech will re­ceive up to $2.05 mil­lion ini­tial­ly, fol­lowed by up to $10 mil­lion more if it meets cer­tain mile­stones. Its can­di­date, LBP-KP01, tar­gets Kleb­siel­la pneu­mo­ni­ae, a com­mon cause of an­tibi­ot­ic-re­sis­tant in­fec­tions like rUTIs. The CARB-X funds will sup­port pre­clin­i­cal de­vel­op­ment, po­ten­tial­ly lead­ing up to Phase I. 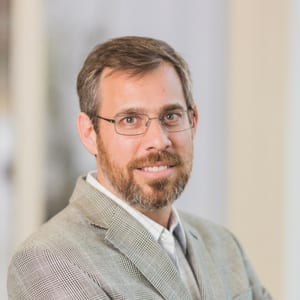 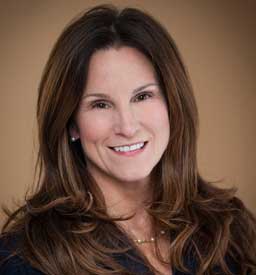 Back in Sep­tem­ber, BAR­DA promised Lo­cus up to $77 mil­lion for its LBP-EC01 pro­gram, in­tend­ed to treat re­cur­rent UTIs caused by E. coli. The award start­ed with $11 mil­lion and ex­tends 5 years. If ap­proved, the E. coli and K. pneu­mo­ni­ae cock­tails could treat more than 90% of UTIs, ac­cord­ing to CARB-X.

EIP Phar­ma has re­port­ed new pos­i­tive da­ta for an old Ver­tex drug and hopes to send it in­to Phase III next year.

EIP said the treat­ment ef­fect emerged by the fourth week and main­tained lev­els through the 16-week study pe­ri­od. The p-val­ue on the pri­ma­ry end­point was 0.015.

The FDA just re­buffed Ver­ri­ca’s bid for their first ap­proved drug, hand­ing them a CRL for a drug/de­vice top­i­cal treat­ment known as VP-102 in mol­lus­cum con­ta­gio­sum. But the com­pa­ny is try­ing to ex­pand the drug’s po­ten­tial for when­ev­er they can get it across the fin­ish line.

On Tues­day, they an­nounced the drug had cleared an 87-per­son Phase II for ex­ter­nal gen­i­tal warts. In the study, 35% of pa­tients on the drug saw their warts clear, com­pared with 2% of pa­tients who re­ceived the place­bo (tech­ni­cal­ly known as a “ve­hi­cle” in der­ma­to­log­i­cal stud­ies).

With a Phase III in com­mon warts al­ready sched­uled, that sets up Ver­ri­ca to have VP-102 in late stage for three in­di­ca­tions. Still, they will have to deal with the is­sues they say the FDA flagged in the CRL, in­clud­ing hu­man fac­tors study and CMC is­sues. — Ja­son Mast

Pere­grine Ven­tures, an Is­raeli life sci­ences fund, an­nounced to­day that it had se­cured a new $300 mil­lion round, more than triple the size of its pre­vi­ous pot.

The firm fo­cus­es on $20-$30 mil­lion in com­pa­nies ei­ther near­ing an M&A or an IPO. Much of their fo­cus so far has been on med tech and health tech, but they’ve had sev­er­al biotech place­ments and plan to con­tin­ue those with the newest fund. That in­cludes in­vest­ments in Ot­ic Phar­ma (now known as Novus) and Ra­ziel Ther­a­peu­tics.

“With the re­newed fo­cus on biotech, health, and life sci­ence in the wake of the Covid-19 cri­sis, the po­ten­tial of Pere­grine Growth is great,” co-founder and man­ag­ing part­ner Eyal Lif­schitz said in a state­ment. – Ja­son Mast