San­doz, the gener­ics unit of the Swiss gi­ant, and Cam­bridge, MA-based Mo­men­ta prompt­ly an­nounced a US launch of the 40 mg/ml dose ear­ly Tues­day, right as they cel­e­brate the win. A low­er dosage (20 mg/ml) of the drug is al­ready avail­able com­mer­cial­ly, but it is the 40 mg/ml ver­sion that com­petes di­rect­ly with Te­va’s block­buster drug. 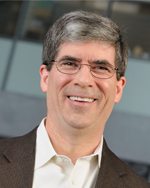 Con­t­a­m­i­na­tion prob­lems at a Pfiz­er fill-and-fin­ish plant that makes the larg­er Glatopa dosage pushed back the part­ners’ plans to gain ap­proval in 2017. The com­pli­ance is­sues were cleared last month.

It is al­so a much-need­ed win for Mo­men­ta, which has wound down a long road lit­tered with suc­ces­sive part­ners since it orig­i­nal­ly signed a $452 mil­lion deal in 2011 to col­lab­o­rate with Bax­ter on the then nascent field of biosim­i­lars. Shire picked up those rights when it bought out Bax­al­ta, which was spun out of Bax­ter, then punt­ed them in the fall of 2016.